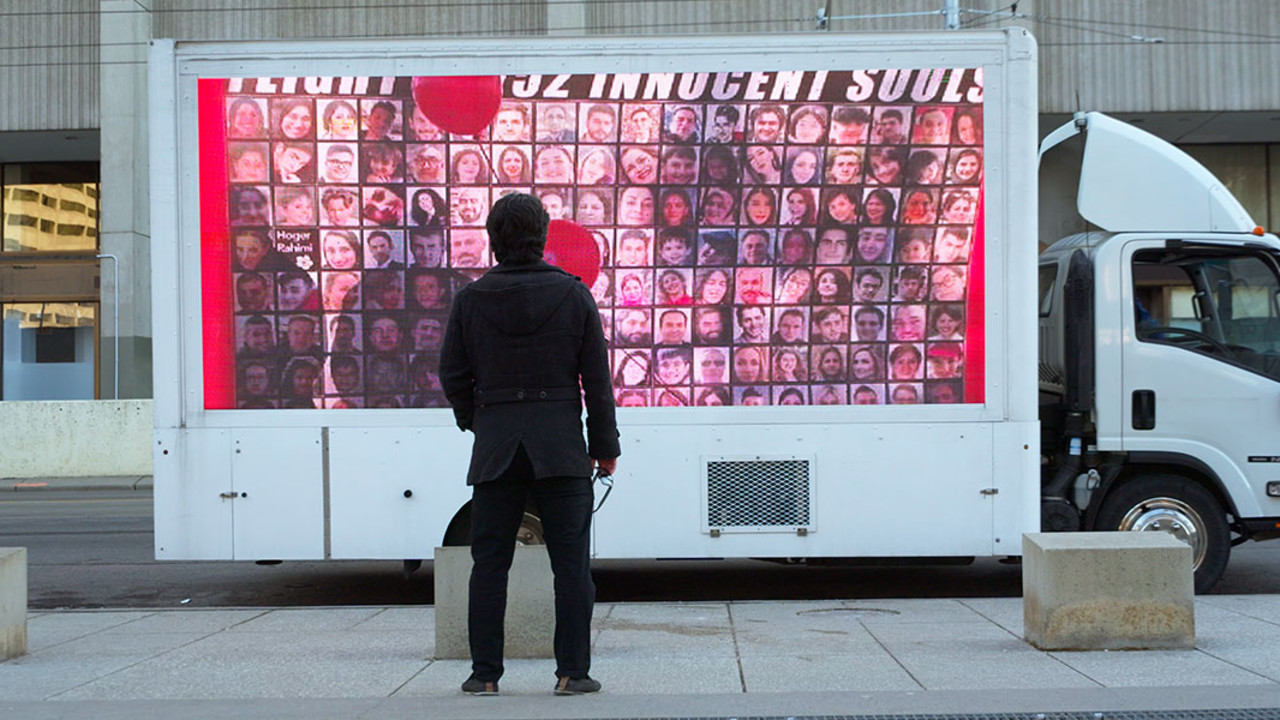 On January 8, 2020, Ukraine International Airlines Flight 752 went down as it was leaving Iranian air space. All 176 people on board were killed, many of them Iranian Canadians. For weeks Iranian authorities vociferously denied responsibility, but foreign governments and agencies were certain the plane was shot down by Iranian military, a fact Iran’s government eventually admitted. There were no answers as to why the plane was fired on or even why it was allowed to take off, since hostilities had broken out in the region in preceding days.

This tragedy is the subject of the documentary 752 Is Not A Number. The focus is one man’s dogged fight for the truth. Hamed Esmaeilion, a dentist in Newmarket, Ontario, lost his wife and his young daughter in the incident. Determined not to let the Iranian government exploit their memories, Hamed took a harrowing journey to Iran to claim the remains, then embarked on a quest for justice for all the victims in this atrocity.

The odds were stacked against him, notably because of the negligence of the Iranian government in securing the crash site, which was promptly bulldozed, destroying crucial evidence. Iran also refused outside agencies access to the crash site. Esmaeilion is immediately beset by a string of contacts claiming special knowledge about the crash, many of whom behave like scammers, teasing out information.

A portrait of heroism, determination, and unfathomable grief, 752 Is Not A Number is a powerful and deeply personal account from award-winning veteran director Babak Payami.