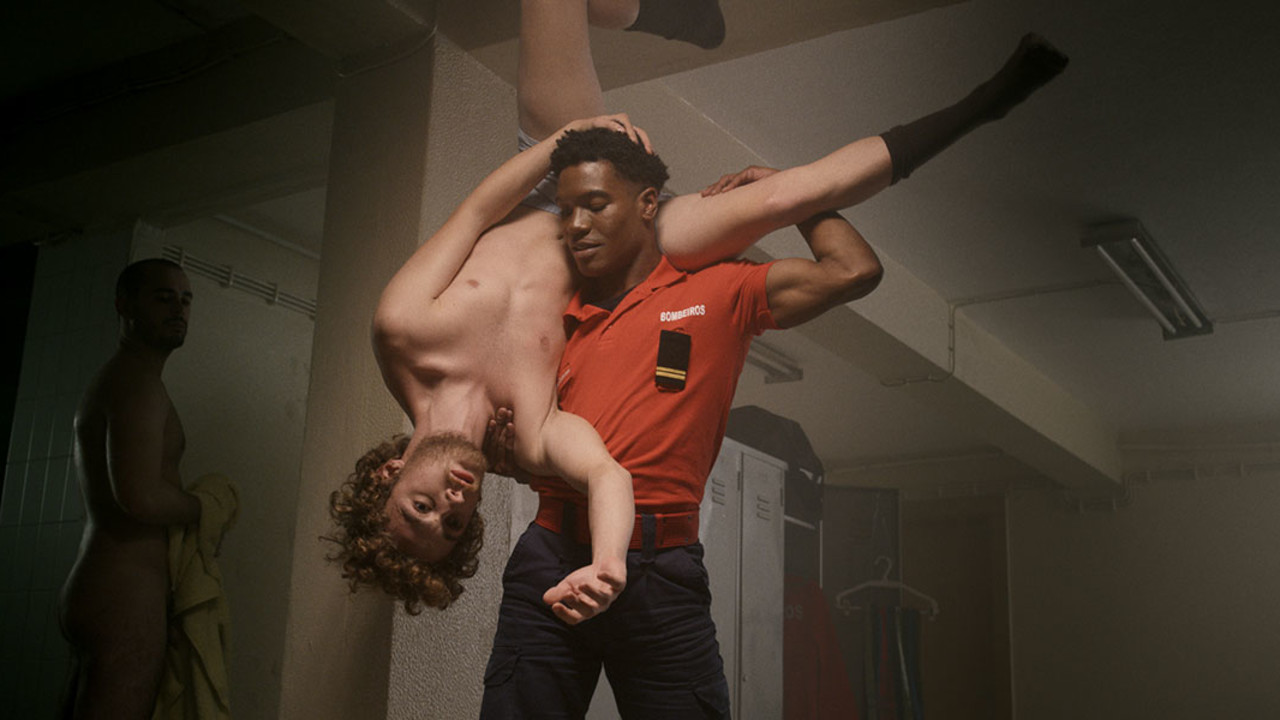 Celebrated Portuguese auteur João Pedro Rodrigues (TIFF ’09’s To Die Like a Man, TIFF ’12’s The Last Time I Saw Macao) returns to the Festival with the intoxicating and near-unclassifiable Will-o’-the-Wisp. Part historical tableau, musical, queer romantic comedy, and post-colonial provocation, Will-o’-the-Wisp is as deft as it is defiant, hurling pointed accusations against crimes of the past, present, and future in an impossibly fleet 67 minutes — between cheeky, joyous, and highly stylized dance sequences, that is.

From his deathbed in the auspiciously erotic year of 2069, King Alfredo is transported back to our present day, when a walk through a scorched, phallic forest prompts the sensitive and cherubic prince (Mauro Costa) — not yet beset by the responsibilities of ruling — to pursue firefighter training in service of an increasingly overheated planet, despite ridicule and dissuasion from those around him. At the academy, young Alfredo meets and falls in love with instructor Afonso (an excellent André Cabral). The fiery passion of the interracial couple is inextricable from the spectres of class, race, and colonialism swirling around them, including the threat of Alfredo’s impending and unavoidable monarchical duties.

Moving from moments of de Oliveirian austerity to Buñuelian bacchanalia, Will-o’-the-Wisp is that rare gem of a film whose spry puckishness is delivered with the director’s effortless formal precision. The same can also be said about the film’s cinematography, courtesy of the inimitable Rui Poças, as well as the flamboyant yet focused production design by João Rui Guerra da Mata, who co-wrote the script with Rodrigues and Paulo Lopes Graça. Snappy and smart, Rodrigues’s film manages to confront the inherited ills of our modern day without recourse to doomerism or defeatism. If anything, a little levity renders the world more livable.