Director Nandita Das (Manto) trains her sharp sociopolitical gaze on the gig economy, with this story about the trials and tribulations of a food-app delivery driver (played by Indian comedian Kapil Sharma). 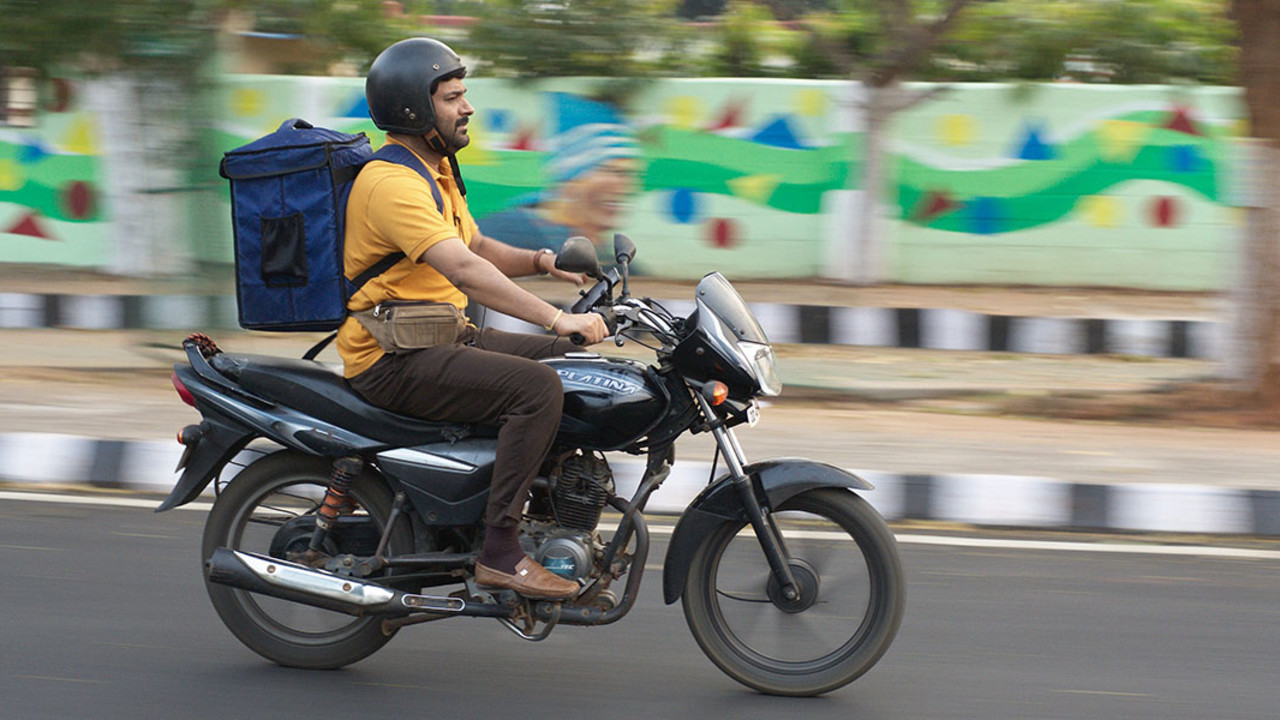 After losing his job as a factory-floor manager during the pandemic, Manas (Kapil Sharma) becomes a driver for a food-delivery app called Zwigato. With a familiar rectangular backpack, he zips around Bhubaneswar on his motorcycle, steering through another day of inconvenient obstacles and impatient customers. To help make ends meet, his wife Pratima (Shahana Goswami) applies for a job as cleaning staff at a mall, brushing off the potential hassles of work life for an independent experience outside the home. Manas isn’t pleased, but it isn’t long before the strain of his daily grind begins to take a toll and he’s forced to confront his old fashioned ideas about being the breadwinner.

Best known in India as a comedian, Sharma shares a new side as Manas, with a grounded performance that finds the droll humour in his stress, constantly flung around the city by the app and its algorithm. The film’s realist style captures an everyday man who begins to see the maddening cycle of star ratings and delivery quotas for the hollow incentives they are, slowly opening up to ideas about workers' rights and solidarity.

Zwigato is director Nandita Das’ third feature after Firaaq (TIFF ’08) and Manto (TIFF ’18). With a storied acting career, having worked with filmmakers like Deepa Mehta, Mrinal Sen, and Shyam Benegal, this latest feature finds her exploring new tones and territories in her career behind the lens. Her sociopolitical gaze remains sharp, but Manas’s story isn’t just a sardonic look at the tight margins of the gig economy — it’s also a reminder that a different life is possible, one where you get to cherish the human moments that matter most.