After a confusing interaction in downtown Tehran, a married couple seems to have found their doppelgängers, in the latest from Iranian director Mani Haghighi (Pig). 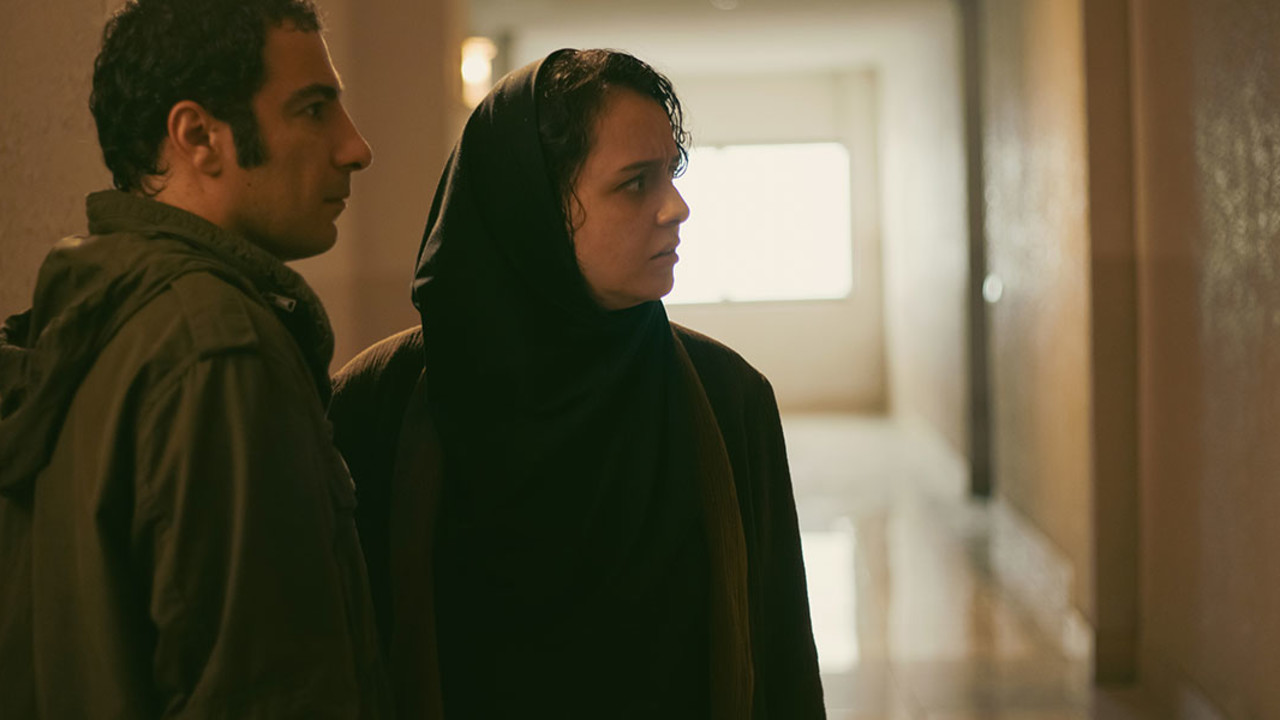 When Farzaneh (Taraneh Alidoosti) spots a man on a city bus who looks an awful lot like her husband, Jalal (Navid Mohammadzadeh), she follows him to an unfamiliar building. There, she sees the residents greet him as if they know him and watches from the street as he enters an apartment to meet with another woman.

Three months pregnant and barely present in her job as a driving instructor, Farzaneh is convinced she’s caught Jalal in an affair. When they discuss it, he’s adamant about his alibi, reminding her that he was miles away at the time. Farzaneh begins to fall apart, but she swears she saw him, and, unable to let go, she continues to pull on the thread before making an unsettling discovery about the man on the bus.

With this latest feature, director Mani Haghighi adopts an inky-black aesthetic for a psychological thriller about characters who are confronted by their crueller selves in a city perpetually battered by rain. Accompanied by a tense score and a cinematographic hand that isn’t afraid to turn off the lights, Subtraction embroils us in its enigma. It’s all brought together by the two internationally renowned Iranian actors at the centre — Alidoosti, returning to the Festival after 2016’s The Salesman, and Mohammadzadeh (also at the Festival in Beyond the Wall), who was recognized with multiple awards for his work in No Date, No Signature. They give startling performances that charm and chastise in equal measure. To say any more would be to spoil the impossible mystery waiting in the dark.