An epic account of the life of Cree matriarch Aline Spears that spans generations, Marie Clements’ Bones of Crows is a powerful indictment of the abuse of Indigenous peoples as well as a stirring story of resilience and resistance. 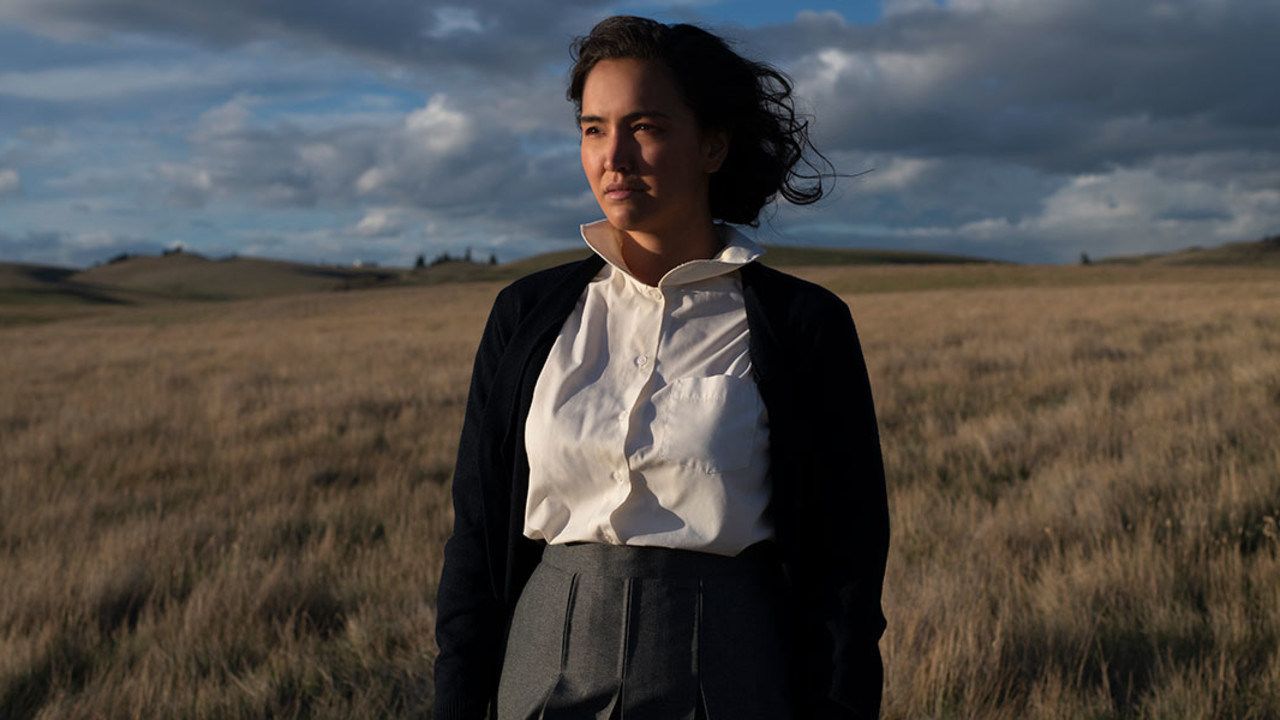 This programme contains scenes that may distress some viewers, especially those who have experienced harm, abuse, violence, and/or intergenerational trauma due to colonial practices.

Marie Clements’ Bones of Crows is a powerful indictment of the abuse of Indigenous peoples and a stirring story of extraordinary resilience and resistance.

Born in the 1920s into a happy, large family, Aline Spears (played at different ages by Summer Testawich, Grace Dove, and Carla Rae) and her siblings are forcibly removed — through threat and essentially extortion by church and local authorities — from their home and sent to residential schools. There, they are victims of the cruelty of the priests and nuns who run the school. As the film clearly and dramatically points out, this psychological, physical, and cultural abuse was basically official government policy.

During World War II, Aline enlists in the military, where, in a great but not widely known historical irony, her contribution is highly valued precisely because she is still fluent in Cree — one of the languages the residential schools strove to eradicate. After the war, Aline returns to Canada to raise her children. Still haunted by the crimes committed against her, she endures years of anguish before she finally has the chance to confront her abusers.

The cast boasts talented newcomers and an all-star collection of established Indigenous actors, among them Glen Gould, Michelle Thrush, Gail Maurice (whose directorial debut feature, Rosie, is at TIFF this year), Cara Gee, Joshua Odjick (a TIFF Rising Star this year), Paulina Alexis, and in one of the most welcome cameos this year, legendary filmmaker Alanis Obomsawin.

Fearless in its denunciation of centuries of oppressive policies by Canadian governments and institutions, Bones of Crows is also a memorable paean to the resilience and determination of those who survived the residential schools — and especially those, like Aline, who sought to bring their oppressors’ crimes to light.