In this gripping and carefully developed drama from editor–turned–writer-director Angela Wanjiku Wamai, a teacher newly released from prison renegotiates the confines of the physical world while forced to face his nightmare in the flesh. 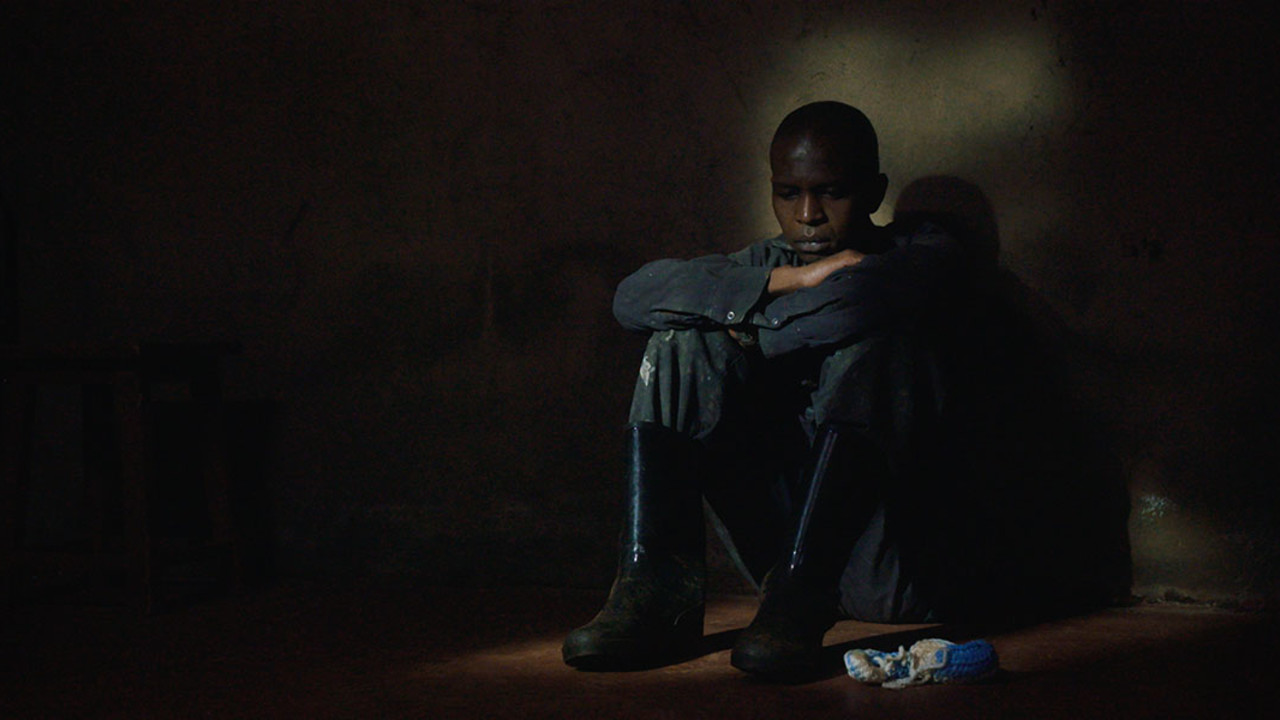 Recently released from prison, Geoffrey (Justin Mirichii) — a once revered English teacher — must restart his life in the rural Kenyan village of Shimoni (translating to “The Pit”), a place he knows intimately and loathes.

Exceedingly quiet, Geoffrey stays mostly to himself, preferring to spend day and night at the local Catholic Church compound that has granted him temporary shelter. He is no good at milking cows but attempts the chores he has been assigned. He attends mass, as directed, but is not interested in making friends. Geoffrey just wants to follow the rules and avoid incident — but that is no longer possible once he sees Weru (Daniel Njoroge).

Paralyzed with fear, Geoffrey is sure he is looking at the man who haunts his dreams. It must be — the white patch of hair makes him unmistakeable. But after waiting decades for this moment, Geoffrey has no words. It is his silence, instead, that speaks volumes. That, and his body’s betrayal. Now, Geoffrey must confront the horror he’s been running from, whether he is ready to or not.

A bold and bracing debut from editor–turned–writer-director Angela Wanjiku Wamai, SHIMONI is a study on how terror can transform the body beyond its own recognition. Skillfully illustrating the passage of time to gently attend to long-lingering tensions, Wamai carefully paints a sharp portrait of the peril in perseverance and the devastating power of silence.