A 14-year-old boy turns to a charismatic loner for help after being beaten up, in director Miles Warren’s searing feature debut about fathers, families, and the effects of fighting. 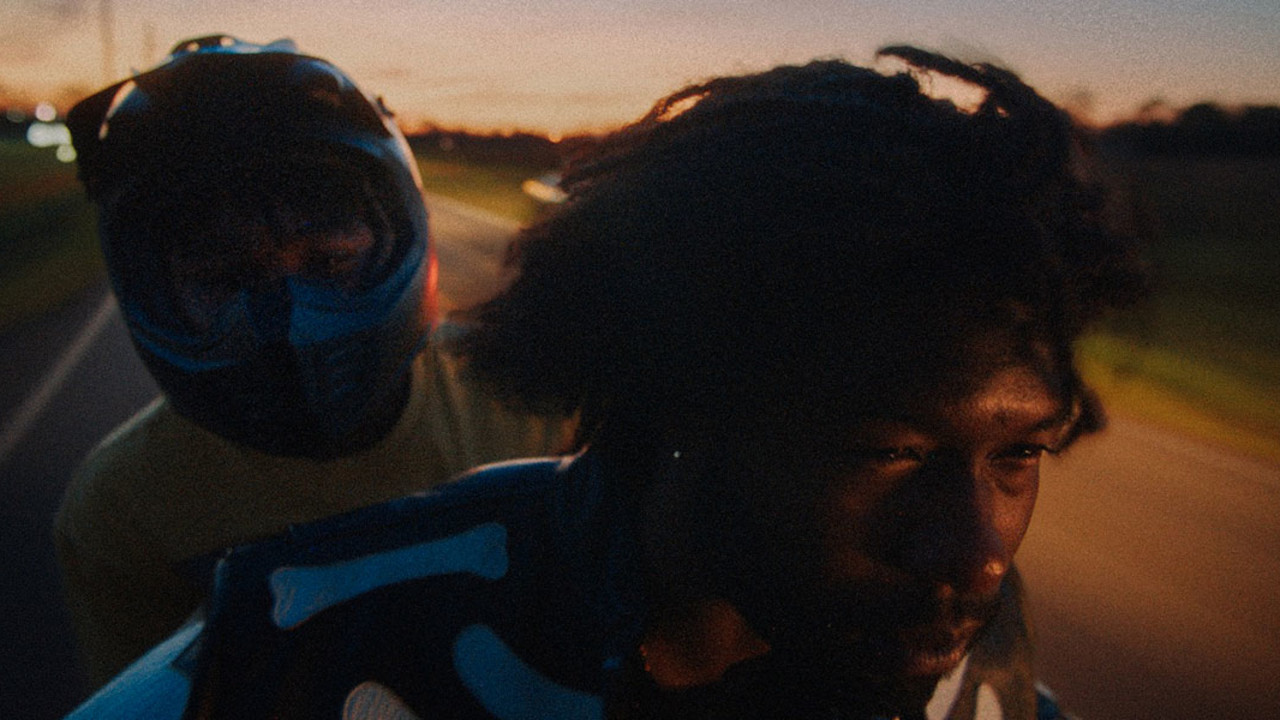 This searing feature debut from director Miles Warren takes a hard look at the effects of toxic masculinity on a boy desperate for paternal guidance. Featuring bold performances from Jalyn Hall, Shamier Anderson, and Moonlight’s Trevante Rhodes, Bruiser contends with legacies of violence — and lands its every punch squarely on the heart.

Fourteen-year-old Darious (Hall) has a lot going for him. His sometimes stern father, Malcolm (Anderson), works hard to keep his car dealership afloat and put Darious through private school, while Darious’ more even-keeled mother, Monica (Shinelle Azoroh), does her best to make sure her son always has someone he can talk to. But there are things Darious doesn’t know how to talk about. When a kid beats him up, humiliating him in front of his crush, he runs into the woods, where he meets Porter (Rhodes), a charismatic man with a hulking physique who lives alone on a houseboat. The pair become fast friends, with Porter offering to teach Darious how to defend himself. What Darious doesn’t know is that Porter is his biological father, and abandoned Monica before he was born. Porter wants to make amends and be part of the boy’s life, but his return dredges up a secret history of brutality.

Bruiser eschews simplistic binaries regarding male role models. While Malcolm is clearly the one who showed up for Darious and Monica, Porter may have something of value to offer. Meanwhile, Malcolm’s own capacity for violence is tested. Warren finds glimmers of tenderness underneath the men’s tough exteriors and fosters hope that the worst of their tendencies might end when this child is ultimately able to find his own voice.