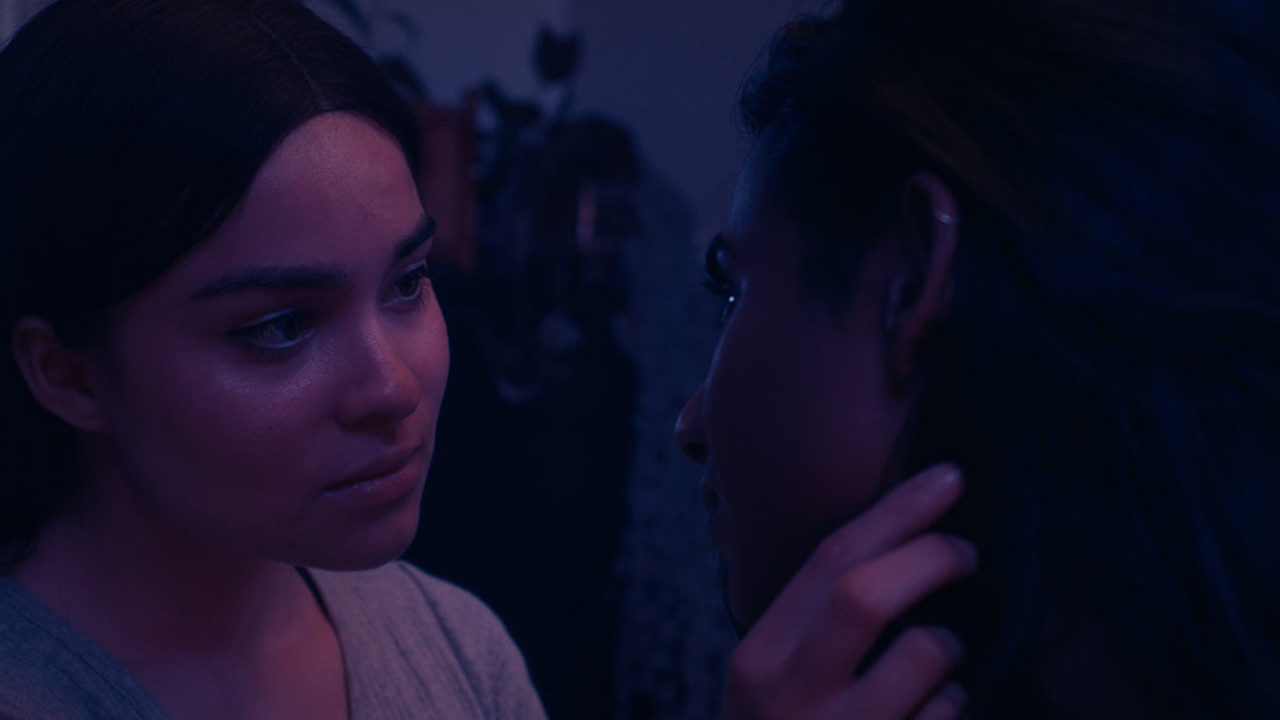 This Place is a queer love story at the centre of rich interplay and understanding of the Iranian, Kanien’kehá:ka (Mohawk), and Tamil communities, and the feature film debut of director V. T. Nayani.

TIFF 2018 Rising Star Devery Jacobs — whose career continues to rise in the Taika Waititi and Sterlin Harjo series Reservation Dogs — plays co-lead Kawenniióhstha. Jacobs also co-wrote and co-executive produced This Place. Her character has left her community of Kahnawà:ke near Montreal, to attend university in Toronto and to seek out her estranged father. A window into her parents’ past love story carefully illustrates the complicated dynamics at play when a mother chooses her Kanien’kehá:ka community over her Iranian partner.

Malai (Priya Guns) is contemplating her post-university choices while living in a downtown apartment with her older brother, who has given up his own aspirations to provide for them both. Their relationship is strained and gets only more so when their father re-enters the picture. His alcohol use has fractured their relationship in the past, and now he’s reached out to Malai and her brother to mend things before it’s too late.

Kawenniióhstha and Malai, both daughters of refugees, find one another in a Toronto laundromat. With a spark and a missing notebook, their love story begins. However, big life events involving their respective fathers threaten to keep them apart.

With dialogue in Mohawk, Persian, Tamil, French, and English, This Place is a unique love story with universal elements that will resonate beyond language and communities.