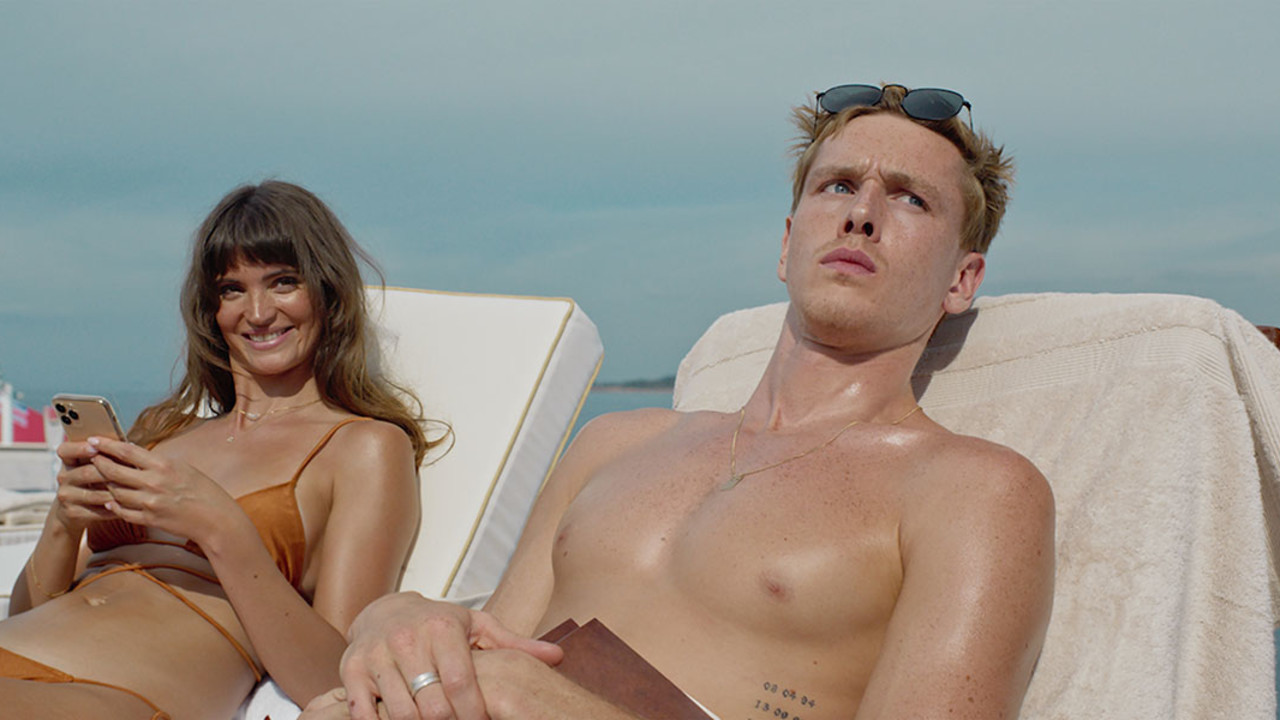 A satirist and provocateur, Swedish auteur Ruben Östlund — two-time winner of the Cannes’ Palme d’Or — relishes the controversial aspects of his work. He once joked that he was thrilled Sweden’s divorce rate skyrocketed after the release of his best-known film, Force Majeure. His latest, Triangle of Sadness, for which he won his second Palme, may be his most provocative work yet; it’s certainly his fiercest and funniest.

The first of the film’s three chapters follows models Carl (Harris Dickinson) and Yaya (Charlbi Dean). Untroubled by self-awareness or decorum, they can barely get through dinner without going for each other’s throats. In the second chapter, the couple embarks on a luxury cruise — a ship of self-destructive fools who believe themselves invincible due to their money and power. The captain (Woody Harrelson) leads as privileged and wasted a life as his passengers, yet espouses, ad nauseum, the virtues of Marxism. In one grotesquely baroque (and hilarious) scene, he gets blind drunk and argues about Marx, over the ship’s PA, with the perma-drunk Russian businessman Dimitry (Zlatko Burić, from the Pusher trilogy), as the boat is beset by turbulent waters and the passengers collectively toss their very expensive cookies.

If the earlier chapters suggest classic social critiques such as Luis Bunuel’s The Exterminating Angel, the incendiary final chapter recalls apocalyptic visions like Jean-Luc Godard’s Weekend or Ingmar Bergman’s Shame. It expands the scope of the film, exposing how our addiction to comfort and, especially, power over one another lays waste to common sense and the last vestiges of altruism. A troubling, gleefully misanthropic social satire, Triangle of Sadness will, like Force Majeure, spark endless debate — and no doubt wreak havoc on the cruise industry.