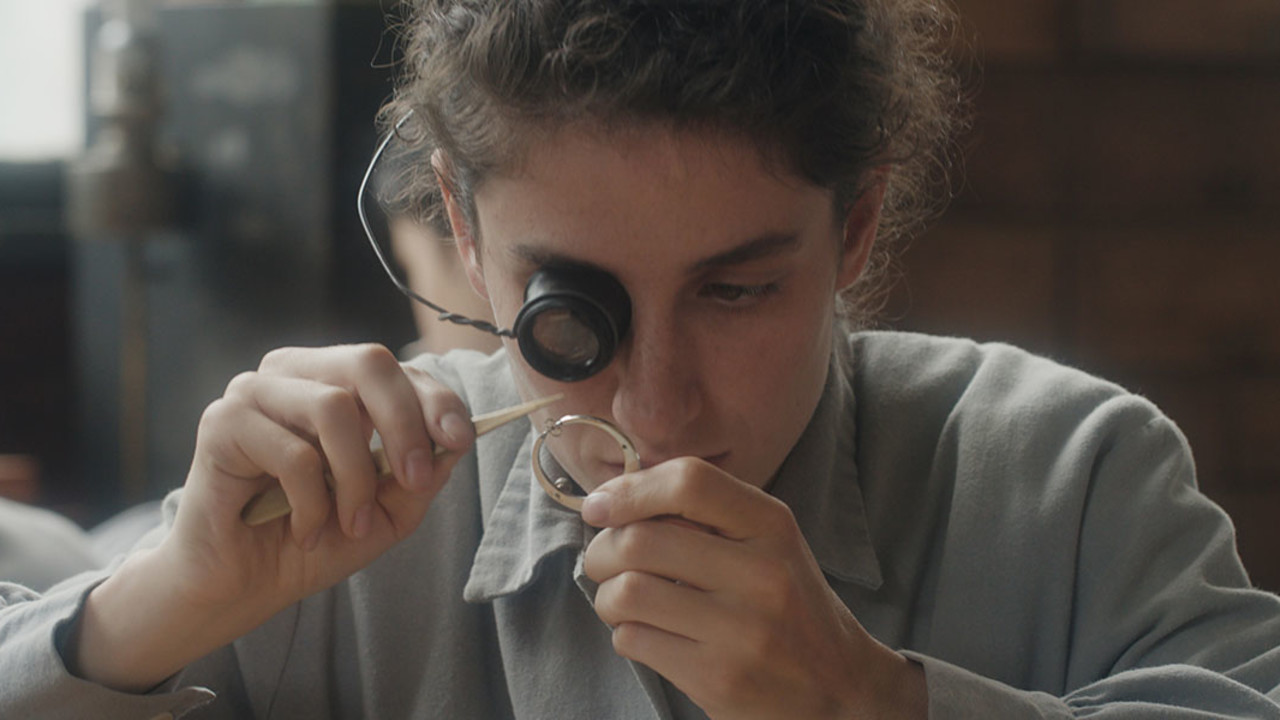 An unconventional, improbably suspenseful tale of love, anarchism, and wristwatches set within the Swiss Jura Mountains, Cyril Schäublin’s Unrest is one of the year’s true breakouts. In the 1870s, famed anarchist Pyotr Kropotkin (Alexei Evstratov) arrives in the lush valley on a mapmaking mission, but is quickly swept up in the struggles of women workers — chief among them the bold thinker Josephine (Clara Gostynski) — advocating for liberation in the face of increased industrialization.

A film of extraordinary beauty and precision, the formal mastery of the editing and photography operates in an electric counterpoint to the constantly jostling moving parts of the narrative itself. As suggested by its title — a technical term for an essential mechanism inside wristwatches that ensures their agitation movement — the film unfolds in an era of indeterminacy and limitless potential. The burgeoning hints of romance between Pyotr and Josephine play out alongside the rumblings of various political movements; the cartographic endeavour to render legible the Swiss valley; the fluid movement between French, Russian, and Swiss-German languages; and the incongruities between and radical implications of various measurements of time — factory time, municipal time, telegraph time, and railway time.

A 19th-century narrative told with a highly contemporary style and rigour, Unrest is thematically relevant to a world overtaken by capitalist aims, and in which the working class are increasingly stripped of both time and agency; where, indeed, money and debts are both philosophical and literal fabrications. Through immersion into an era where such instruments of control and their dominance were less absolute, Schäublin has produced a film set in the past with an eye towards the future, positing the potential for new means of solidarity and refusal.