Jessica Chastain plays a hospital nurse faced with the growing suspicion that her co-worker and friend (Eddie Redmayne) is quietly killing off patients, in this true-crime thriller from Tobias Lindholm. 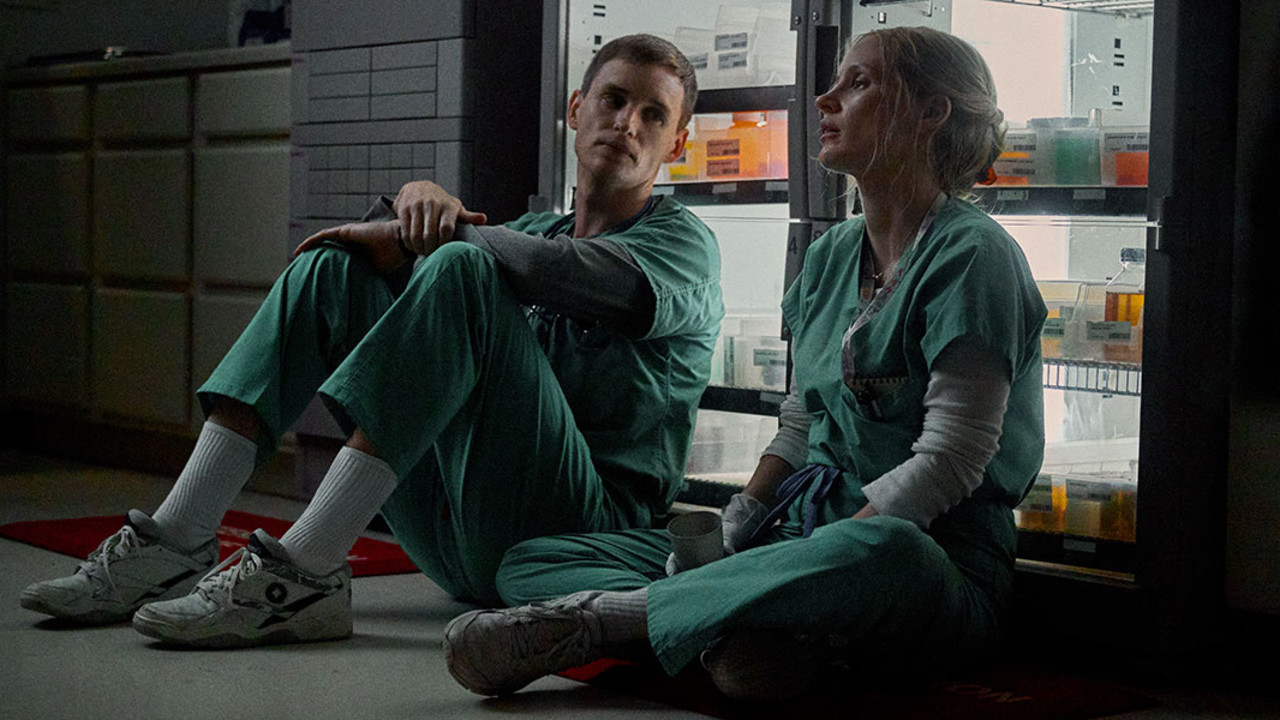 Tobias Lindholm — longtime Thomas Vinterberg co-writer (Festival favourites Another Round, The Hunt) — teams with Jessica Chastain for his first American feature as director, a thriller centred in the world of hospitals and health care, and based on one of the most prolific serial killers in recorded history.

Fresh from a radically different performance in last year’s Festival selection The Eyes of Tammy Faye, Chastain plays Amy, a nurse struggling with single-parenthood and a health scare of her own. When a new nurse, Charles Cullen (Eddie Redmayne), arrives at her New Jersey hospital, the two immediately strike up a strong friendship. His sweet, supportive attitude fills an emotional gap in Amy’s life, helping her endure night shifts and the demands of work as a health-care professional.

Amy is dumbfounded when some of her patients begin dying mysteriously. These are healthy people on their way to recovery, leaving behind a growing array of empty beds as they expire from random, often inexplicable medical causes. Local homicide detectives Danny Baldwin (Nnamdi Asomugha) and Tim Braun (Noah Emmerich) see a suspicious pattern but are stonewalled by the hospital’s bureaucracy. As rumours about Charles’s past at other hospitals come to light, Amy becomes the investigators’ last hope as she begins to suspect he may be involved, setting off a race against time.

Coupled with Redmayne’s subtle yet disturbing performance as Cullen — who killed a confirmed 29 people, though the actual number is believed to be much higher — Lindholm elicits anxiety with each scene until the tension finally snaps. The Good Nurse goes well beyond the procedural formula of a typical crime story, asking how the apparatus of a privatized health-care system allowed Cullen to get away for so long.