In three segments of a nine-part series, prolific South African artist and filmmaker William Kentridge chronicles how he creates intricate, wall-sized charcoal drawings of the vistas from his childhood in Johannesburg and life-sized paintings of himself — all while ruminating on the puzzle of self-knowledge. 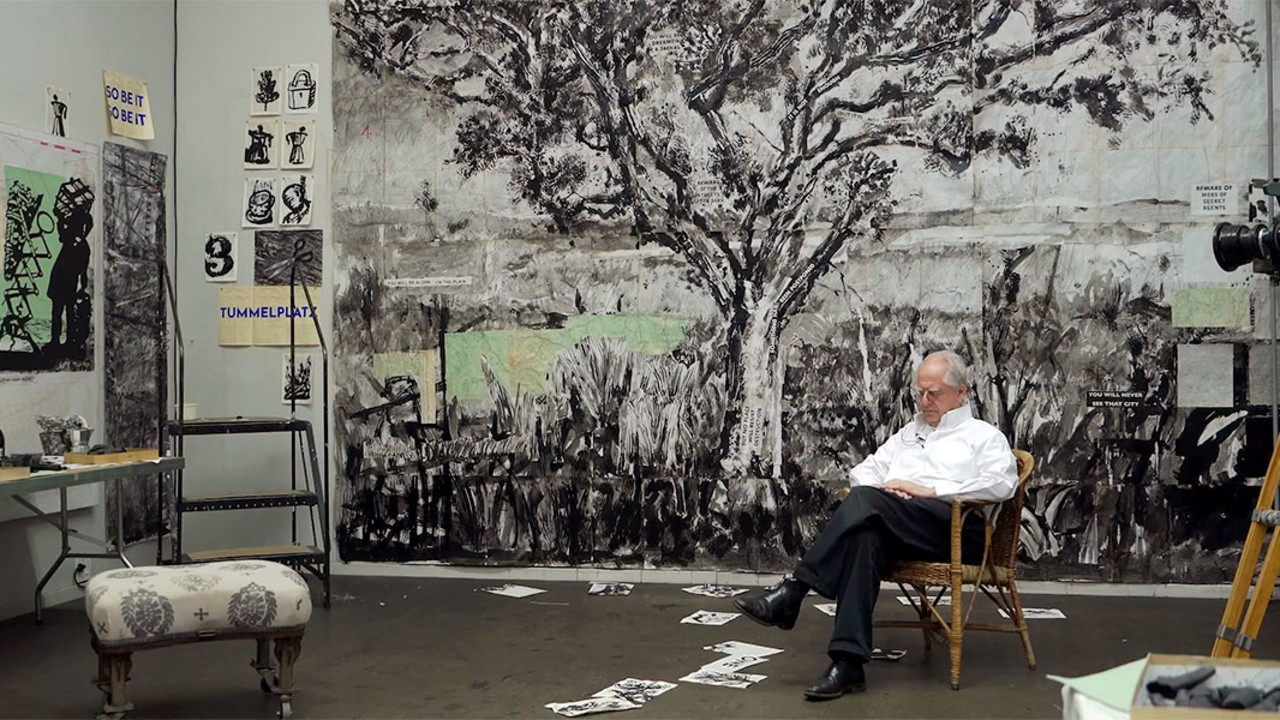 Self-Portrait As A Coffee Pot

Remember when the pandemic started and we wondered what art would emerge? In Self-Portrait As A Coffee Pot, we witness a glorious use of that time from William Kentridge, the South African artist whose work spans drawings, animation, film, opera, sculpture, and more. Now in his late sixties, he pours all his life experience into a playful and witty exploration of what happens in his studio. This work will ultimately span a nine-part series. TIFF is proud to premiere three of the segments for a presentation that stands on its own as equally entertaining and enriching.

Kentridge, dressed throughout in a white button-down shirt and dark pants, has the physical presence of a silent screen comedian, only with a wry monologue to match his gestures. He plays camera tricks like Georges Méliès. Frequently, Kentridge is talking to a second version of himself in the same frame, as if in dialogue with his subconscious.

Of the chapters being shown at the Festival, “A Natural History of the Studio” presents an invitation to viewers and “Vanishing Points” looks at an artistic approach to landscapes. We watch Kentridge create intricate, wall-sized charcoal drawings portraying the vistas of his childhood in Johannesburg while he insightfully summarizes his view of colonialism, apartheid, and gold mining. In the third chapter, “Self-Portrait As A Coffee Pot,” we watch him create life-sized self portraits while simultaneously ruminating on the puzzle of knowing oneself.

Kentridge’s creative spirit is infectious as he demystifies the sacred space of the studio. His example is an inspiration to pick up your own pencil whenever you next have time on your hands.