Inspired by actual events, Tearepa Kahi’s gripping feature stars Cliff Curtis as a Māori police officer torn between his obligation to his community and his duty to his badge, when New Zealand police raid an Indigenous community accused of harbouring a domestic terrorist cell. 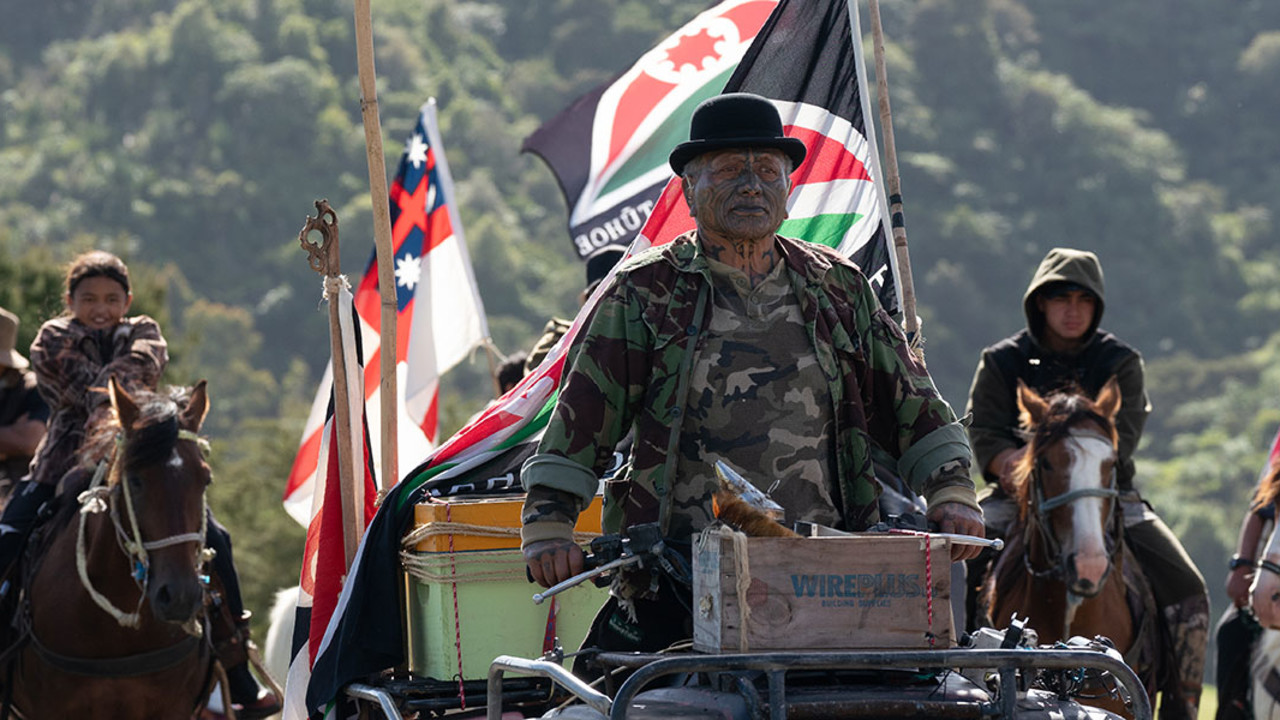 After recently returning to his home community, police sergeant “Taffy” Tāwharau (Cliff Curtis) spends his days in relative quiet. With little happening on the police front in the remote Ruatoki Valley of Aotearoa (New Zealand), Taffy takes care of his ailing father and occasionally lends a hand driving the local school bus. Unbeknownst to him and his police partner, their peaceful community will soon be shattered by an unexpected armed raid seeking to uncover presumed domestic terrorists. The target: Tame Iti, a well-known Māori rights activist who runs a culturally driven survival-skills camp focused on keeping the identity of the Tūhoe people alive — which the government-led forces regard as a home-grown terrorist cell.

Inspired by actual events over the past 100 years, Muru dives headlong into the fraught dynamics between Indigenous communities and colonial police forces. For Taffy — a Māori police officer — the raid prompts an even deeper dilemma, as he’s forced to choose between standing with his people or honouring his duty to the police force. As the circumstances of the raid escalate, so too does the tension between Taffy, his fellow officers, and his community that he so desperately wants to protect.

With this film, told largely in Te Reo Māori, director Tearepa Kahi offers a firm response to the history of violent police raids that Tūhoe have withstood since 1916. Grounded by Curtis’s remarkable lead performance, the film features a roster of famous faces from Aotearoa, including Jay Ryan, Manu Bennett, and — as himself — the legendary activist and leader Tame Iti. Named after a Māori process of redressing transgressions, Muru ultimately explores profound notions of justice, understanding, and the weight of consequence.