Tyler Perry’s latest — though the screenplay is the first one he ever wrote — stars Joshua Boone, Solea Pfeiffer, Amirah Vann, Austin Scott, and Ryan Eggold in a story of forbidden love and family secrets that reaches from the 1940s to the 1980s. 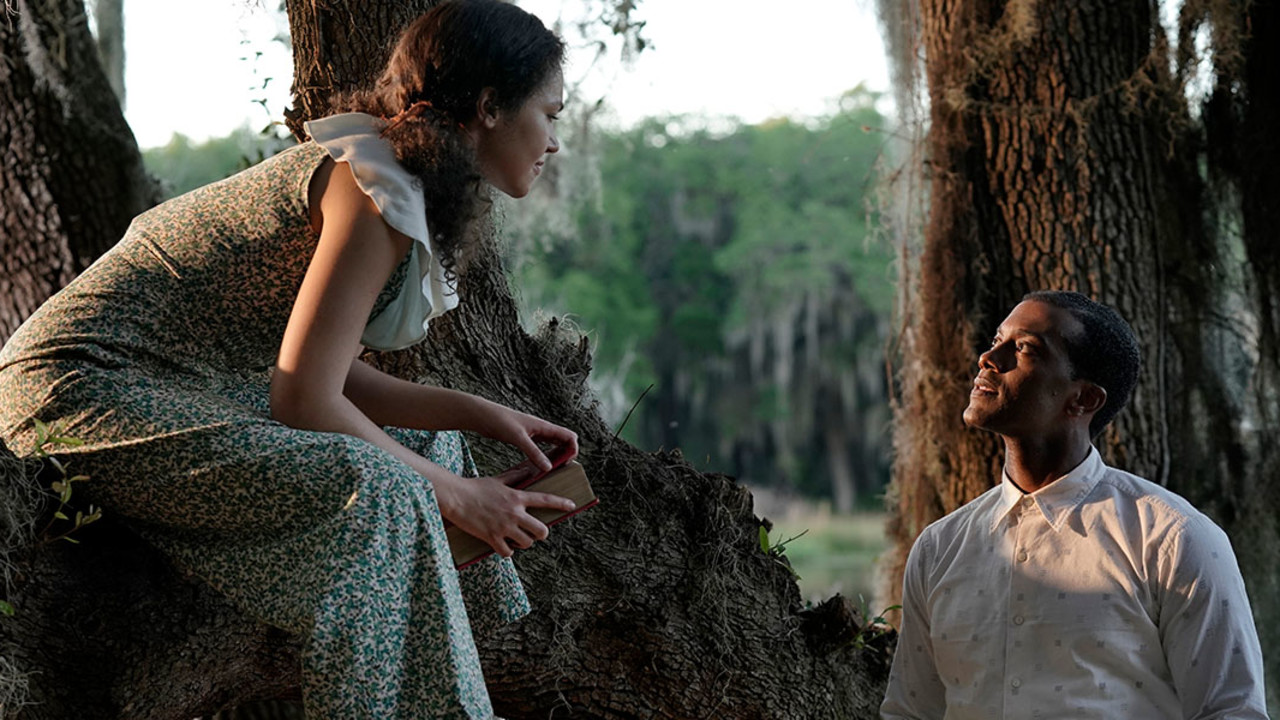 In 1987, a stack of letters is delivered to a state attorney general, possible evidence in the long-unsolved murder case of Bayou (Joshua Boone). Leap back to 1947 Georgia, where Bayou first meets Leanne (Solea Pfieffer). They fall in love, but Leanne’s relatives forbid the relationship, and the couple are torn apart. When they meet again years later, Bayou has become a song-and-dance sensation and Leanne has married another man — and is passing as white. Their desire for each other reignited, they conspire to escape together, but dangerous secrets from their past threaten to destroy their relationship permanently.

A sweeping epic shot through with romance, danger, and tragedy, A Jazzman’s Blues is a departure from the boisterous comedies that catapulted Perry to fame. Yet this was his first screenplay, written over 25 years ago, and it contains many elements that would later serve as trademarks of his unique cinema. Drawing on his passion for illuminating the Black American experience and applying a fresh, ambitious scale, this film may just mark the beginning of the next chapter in the work of one of America’s most singular storytellers.