Albert Serra’s entrancing epic is an elliptical political thriller set in the languid island landscapes of French Polynesia, and stars the extraordinary Benoît Magimel as its shifty French High Commissioner. 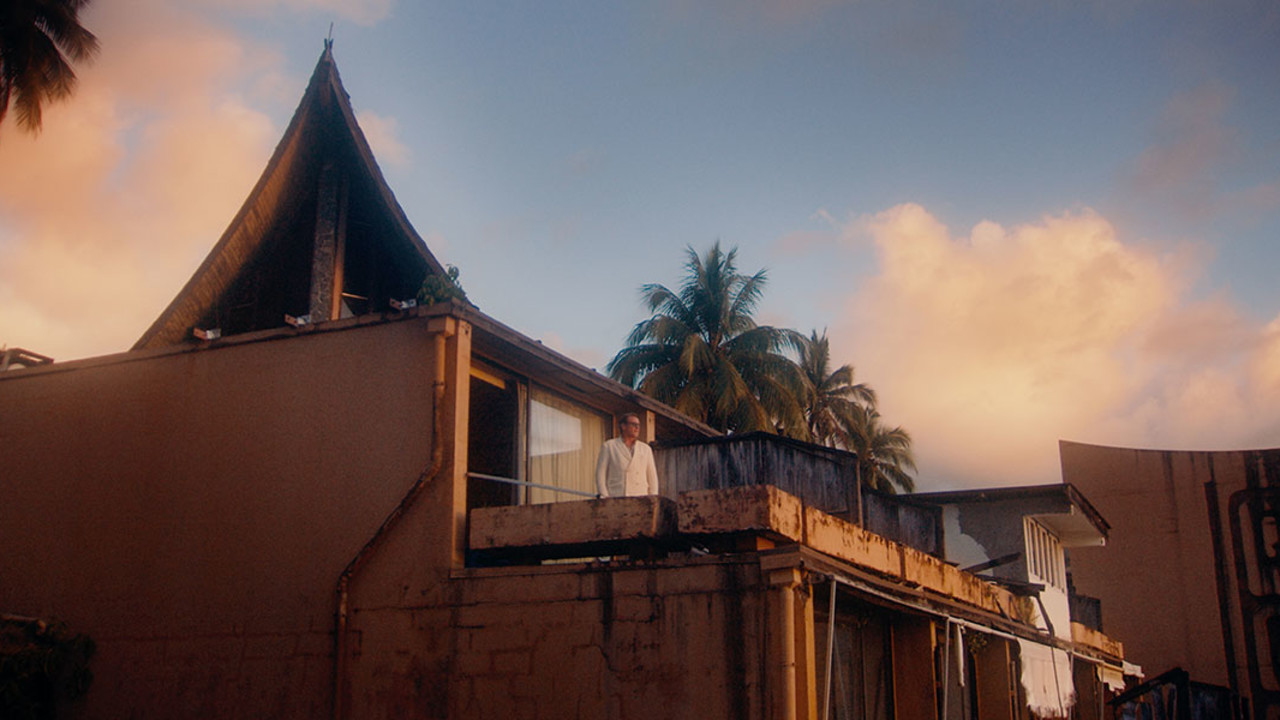 A grand, mesmerizing epic, Albert Serra’s most ambitious film yet unfurls with novelistic verve. Pacifiction is an elliptical political and colonial thriller that is both a departure from and a deepening of the Catalan filmmaker’s singular form of cinema. Shot in French Polynesia in a panoramic widescreen burnished with lush and languid island landscapes, the film’s aesthetic sublime is one that remains infused with a sense of paranoia and dread as its narrative is consistently thwarted in favour of modulated moods and atmospheres.

Benoît Magimel is extraordinary as De Roller, a shifty, white-suited French High Commissioner, whose affable and chameleonic tendencies allow him to mingle with the Tahitians whilst navigating a balancing act of political machinations. Aside from Sergi López as a sleazy nightclub owner, the cast is rounded out by non-professionals from Serra’s regular troupe and some astonishing locals, including Matahi Pambrun as an Indigenous leader and charismatic RaeRae/Mahu third-gender actor Pahoa Mahagafanau as Shannah, who — not unlike De Roller — has an uncanny ability to slip into uncertain situations with disarming poise.

A keen observer of human behaviour and physicality, Serra expands upon his earlier inquiries into the motives and fallibility of powerful men (Story of My Death, The Death of Louis XIV) in a parlour game of tenebrous intrigue and voyeurism more apocalyptic than Tristes tropiques. Working for the first time in the contemporary era, Serra gestures towards imperialist corruption, the hidden power structures ensconced in post-colonial environments, and the vacuity of grandstanding political discours in a film seeped in contradictions, speculation, and moral ambiguity. Ultimately, Pacifiction proposes an entrancing new cinematic language and delivers a classic, juicy apophthegm that will go down in film history; you’ll know it when you hear it.