Jane Fonda and Lily Tomlin star in this fusion of audacious comedy and bracing drama about estranged pals who are reunited when a beloved mutual friend dies, leaving her widower the target of a revenge plan. 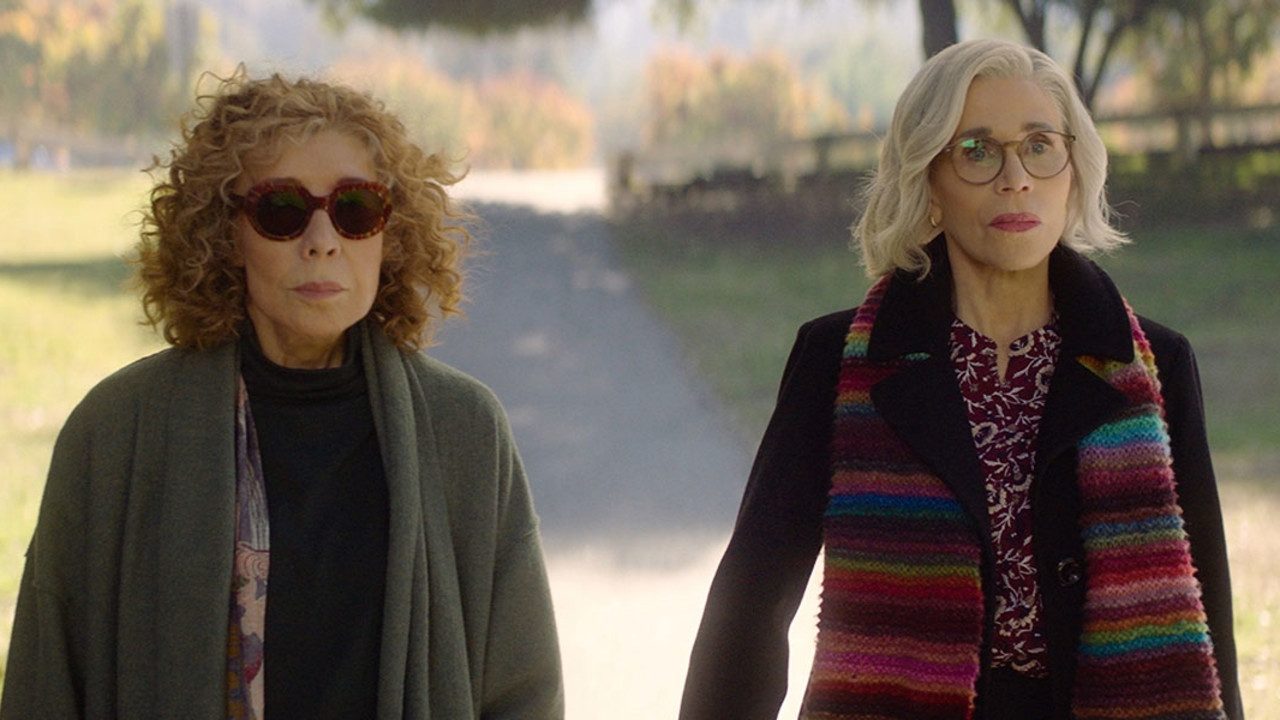 Capitalizing on the irresistible chemistry generated by the screen legends on their hit series Grace and Frankie, this bold fusion of audacious comedy and bracing drama stars icons Jane Fonda and Lily Tomlin as estranged pals reunited when a beloved mutual friend dies — leaving her widower the target of a revenge plan decades in the making.

Back in the ’70s, Claire (Fonda), Evvie (Tomlin), and Joyce were all great friends, until terrible things transpired, secrets were kept, and everyone drifted apart. Now Joyce has died and it’s time to set things straight. Only moments into meeting at the funeral, Claire informs Joyce’s husband, Howard (Malcolm McDowell), that she’s going to kill him. Evvie arrives late, upstaging Howard’s eulogy, and once she catches wind of the plan, decides to help Claire deep-six the old bastard.

Written and directed by Oscar nominee Paul Weitz (About a Boy), Moving On seamlessly shifts from scenes of black humour — Claire and Evvie shopping for firearms — to poignant revelations about long-concealed events that forever altered the lives of everyone involved and motivated Claire’s murderous impulses. There are also moments of great tenderness, such as Claire’s unanticipated reconnection with her ex-husband, Ralph (Richard Roundtree), and Evvie’s act of kindness to a neglected boy who comes to visit the retirement home where she lives.

Thanks in no small part to its cast of veteran talents, Moving On clips along so entertainingly that its deeper themes of identity, justice, and solidarity among women emerge naturally and lead with ease to a deeply satisfying conclusion.