In this second feature from Tunisian writer-director Youssef Chebbi, a series of mysterious deaths in an abandoned development north of Tunis sends two detectives down an all-consuming rabbit hole. 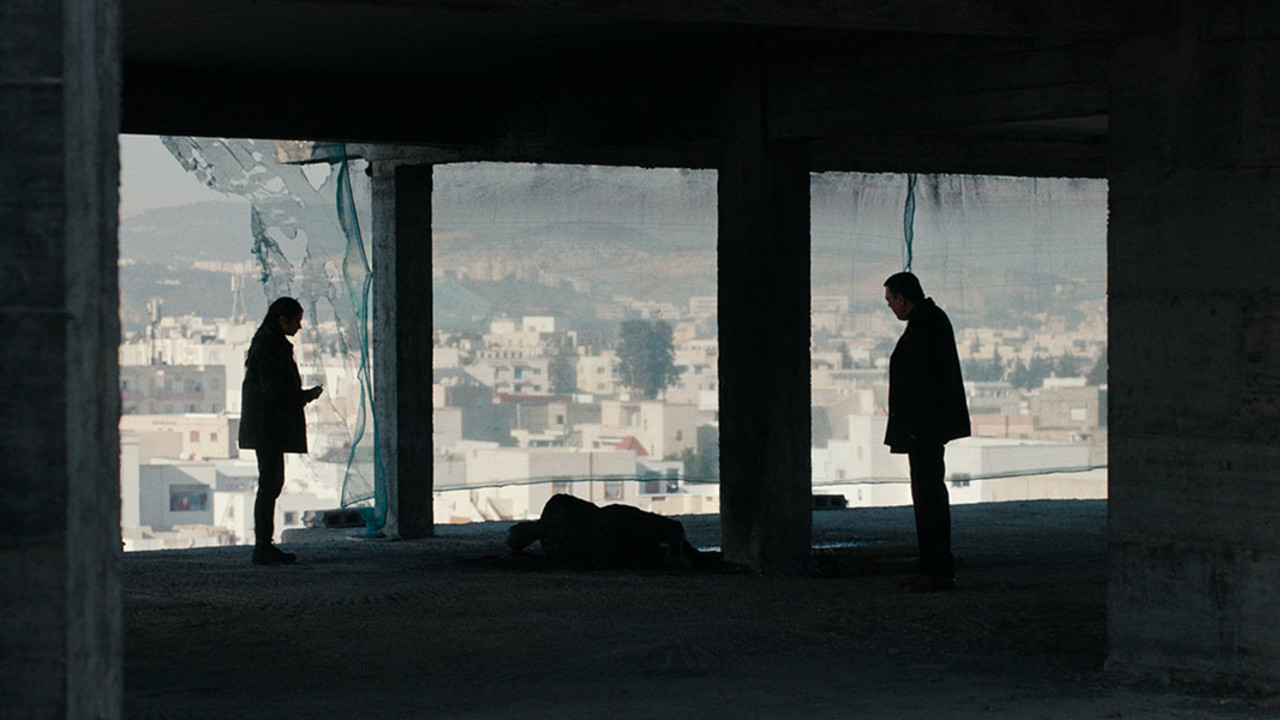 In the Gardens of Carthage, a district in the north of Tunis, sits a row of abandoned concrete buildings once intended to house government dignitaries of the old regime. Developments in the district stopped in 2011, when the self-immolation of a Tunisian street vendor initiated an historic revolution that would spread and be seen across the world.

With the recent return of construction efforts to the neighbourhood, workers discover the burnt body of a building watchman onsite and call in police detectives Fatma (Fatma Oussaifi) and Batal (Mohamed Houcine Grayaa) to investigate. The cops suspect suicide by immolation but, after all, why? What would lead someone to protest so assuredly where they cannot be seen? And further, all who knew him say it would have been uncharacteristic.

Political pressure seeks a quick and easy answer to assuage mounting suspicions from the public but, desperate to know the truth, the detectives allow the unimaginable question to consume them. Fatma, in particular, is mystified, but experiences the deaths as a compelling distraction from her own painfully public controversies and an escalating social struggle she may have completely lost touch with.

Shifting architectural and social landscapes offer a striking backdrop for this visionary second narrative feature from Tunisian director Youssef Chebbi. Performances from Oussaifi and Grayaa punctuate the drama’s steady descent into quiet, controlled chaos. Risking the re-evaluation of treasured national milestones, Ashkal is a pointed look at the death-dealing movement of modernization and the discomforting tenor of the post-revolution.