Olivia Colman and Micheal Ward star in this poignant story about human connection and the magic of cinema, directed by Sam Mendes and captured by cinematographer Roger Deakins. 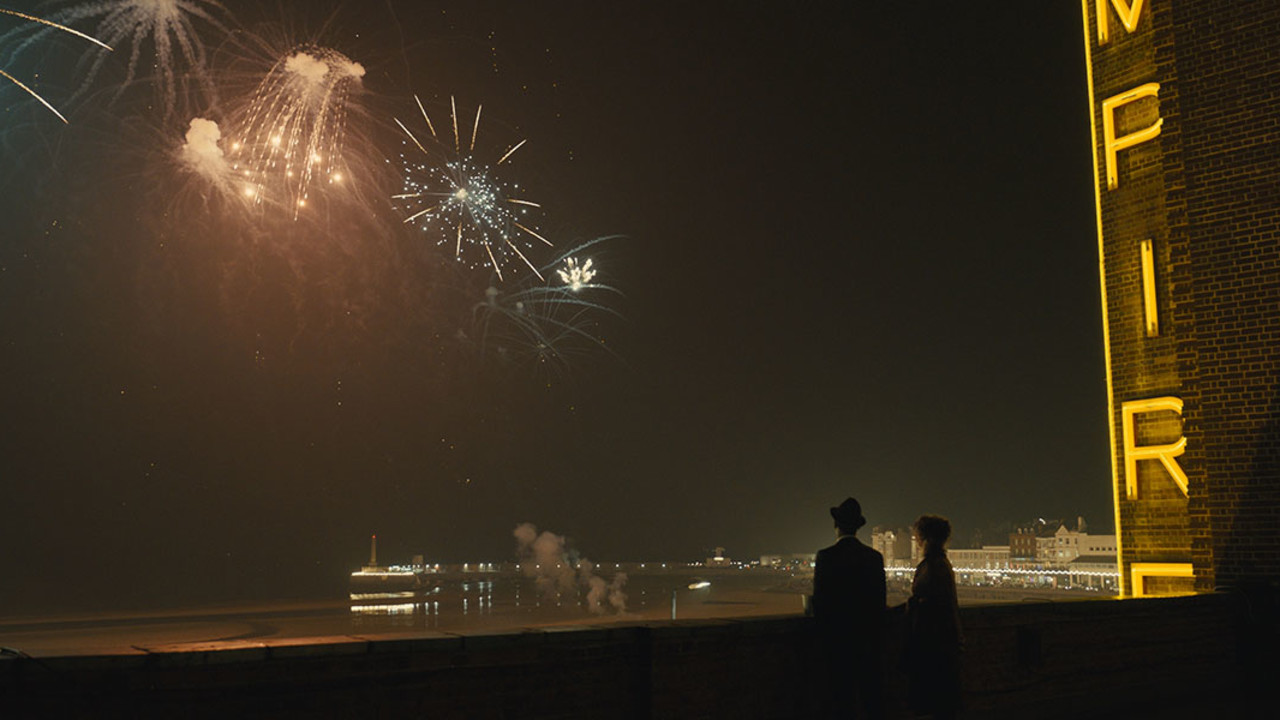 The Empire is the kind of movie house you don’t see too often anymore, framed by bright lights and a beautiful marquee, graciously inviting all into its red-velvet seats. Hilary (Olivia Colman) serves at the front of house, opening the theatre every morning and overseeing a brimming concession stand. Meanwhile, her manager (Colin Firth) calls her into his office from time to time for illicit favours. It’s a gloomy routine that Hilary grudgingly repeats, but all her co-workers recognize that she’s been a lot quieter since returning to the job after a long absence.

When Stephen (Micheal Ward) arrives as an eager new employee, the two form a quick, if outwardly unlikely, connection. Hilary hides a troubled past, struggling to manage her mental health, while Stephen, a young Black man, grapples with the racism rampant in 1980s Britain. Both wounded by aggressions outside their control, they find an escape and safe harbour in one another — but their relationship, like the Empire cinema itself, cannot last forever, and soon the pair must face the reality of their differing futures.

Ward gives an exceptional performance opposite Colman, who realizes another remarkable character, equal parts sweet and shocking, as a woman filled with emotions that are considered socially inappropriate to express. Master cinematographer Roger Deakins exquisitely photographs the inhabitants of this story, created with great tenderness and compassion by writer-director Sam Mendes, making Empire of Light a love letter to the people who come together under the glow of the cinema, and to the beautiful tales they take away for the rest of their lives.