Set at the dawn of a new millennium, the perennial horror anthology series returns with its most innovative mixtape of “found-footage” thrills yet. 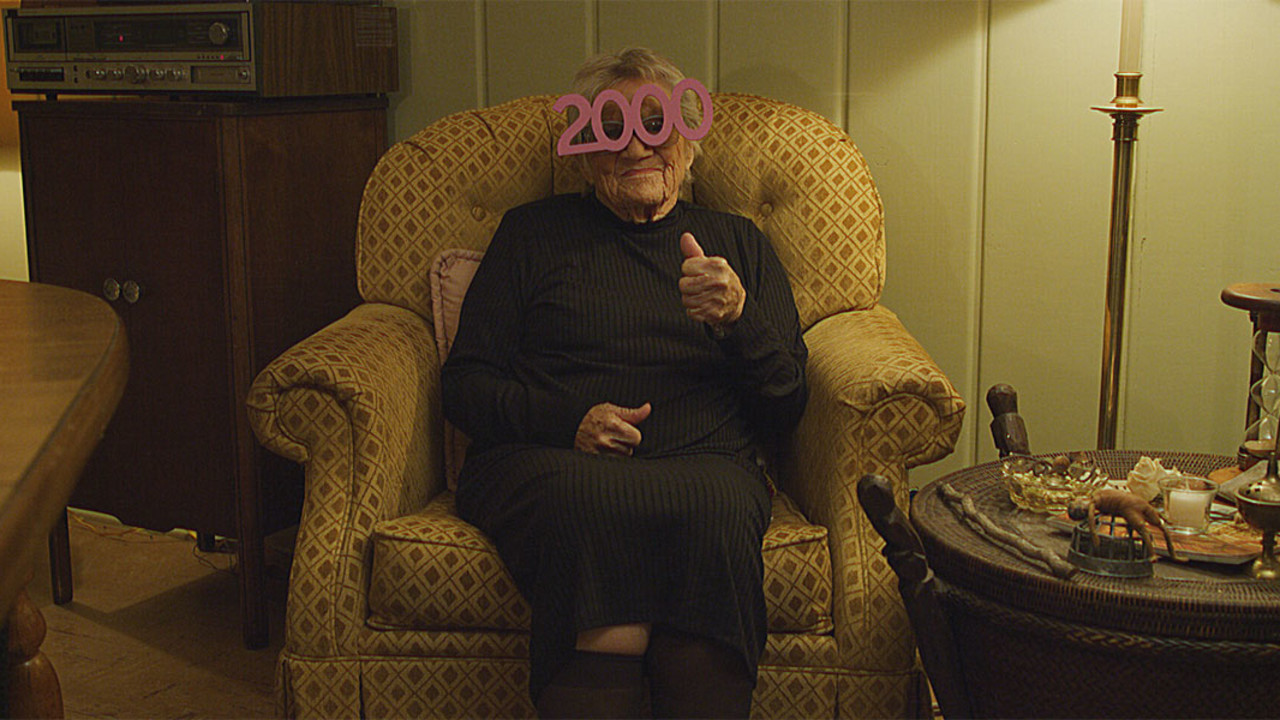 Since 2012, the horror anthology series V/H/S has transmitted its fair share of visceral “found-footage” thrills from both emerging and established scaremeisters across four memorable installments. The latest continues the tradition with a few new twists and a new crop of filmmakers, each hitting record on a string of supernatural incidents that occured at the end of the last millenium.

In a break from its traditional wraparound structure, this edition’s cursed recordings are instead layered over each other on a single videotape, with the earliest recording running beneath the others, occasionally breaking through in bursts of static and analogue tracking errors. The innovations keep coming with respect to style and tone, as Blumhouse Productions alum Maggie Levin and musician-turned-filmmaker Flying Lotus get refreshingly dynamic with their “found-footage” conceits shirking a pure camcorder perspective for taped-off-TV broadcasts of quintessential ’90s programming gone horribly wrong.

Joseph and Vanessa Winter (fresh off their rollicking debut feature Deadstream) deliver a rousing POV voyage to the depths of hell that is scary, hilarious, infectiously adorable (?!) and jam-packed with more outrageous monsters than a Hellraiser sequel before Hellseeker. Johannes Roberts (47 Meters Down) and Tyler MacIntyre (Patchwork, Tragedy Girls) round out the roster, respectively featuring a claustrophobic hazing and doomed juvenile delinquents, each with a capper worthy of an EC Comics classic.

Complete with some deeply felt textures of the era, including a riot grrrl musical number, and a pitch-perfect homage to the Nickelodeon game show Legends of the Hidden Temple, V/H/S/99 is a horror hound’s delight that’s all that and a bucket of blood.