Troubled teenagers are forced to fend for themselves after they are are locked away in an experimental tropical-forest prison, in this brooding, resonant feature debut by Colombian writer-director Andrés Ramírez Pulido. 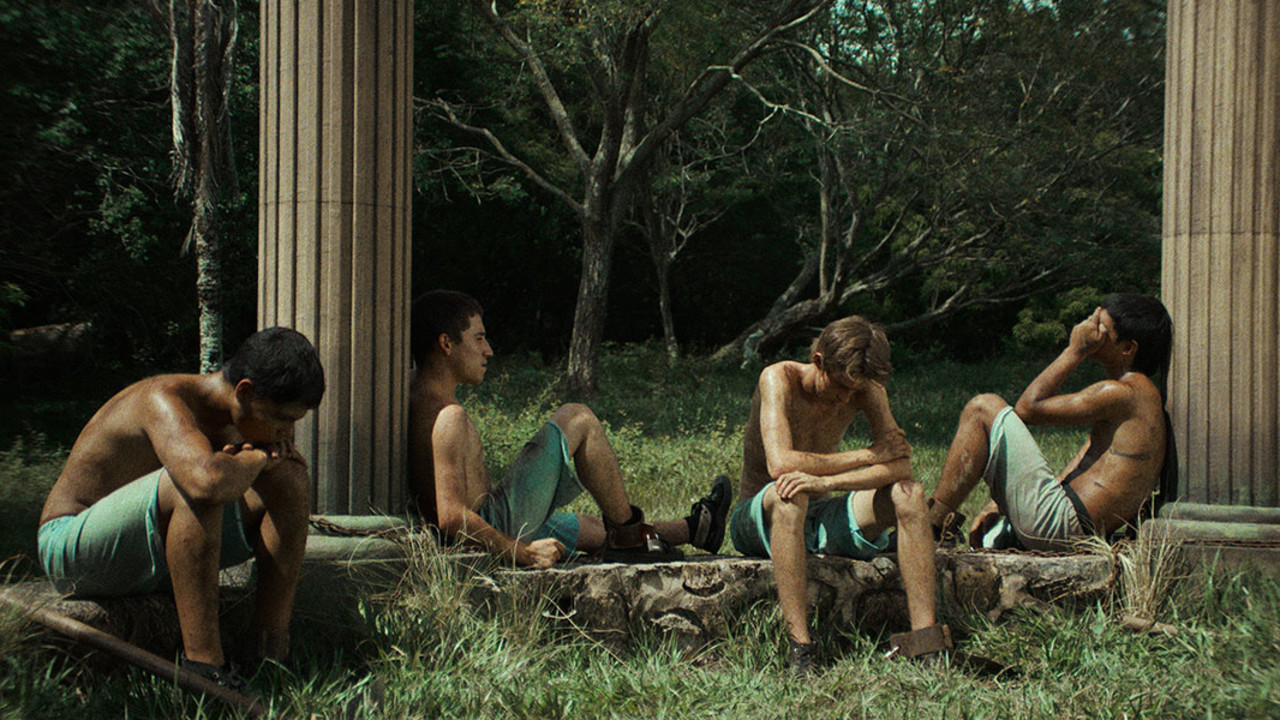 A brooding, resonant feature debut by Colombian writer-director Andrés Ramírez Pulido, La Jauría follows a group of troubled teenagers who are sentenced to incarceration in an experimental, overgrown tropical facility locked away in a forest where they’re expected to make amends for their crimes. But the oppressive environment they’re supposed to tame only heightens the tension of their predicament and pushes them to their utmost limits.

The story focuses on friends Eliú (Jhojan Stiven Jiménez) and El Mono (Maicol Andrés Jiménez), who begin the film in the midst of a frenzied night — one that ends in murder. They meet again as prisoners in the centre, where they’re heavily medicated and forced to do intense labour. Álvaro (Miguel Viera), the good cop to bad cop Godoy (Diego Rincón), leads dubious therapy sessions and seems genuinely intent on helping the kids. But when he starts crumbling under the pressure, the boys are left to fend for themselves.

Álvaro’s failure elicits the importance Ramírez Pulido gives to the presence and influence of a father figure. The absence of that is key to the kids’ fate and echoes a society that fails them. In the taut and carefully executed third act, Eliú and El Mono fight for their lives — but only one of them will have another chance to see the light.