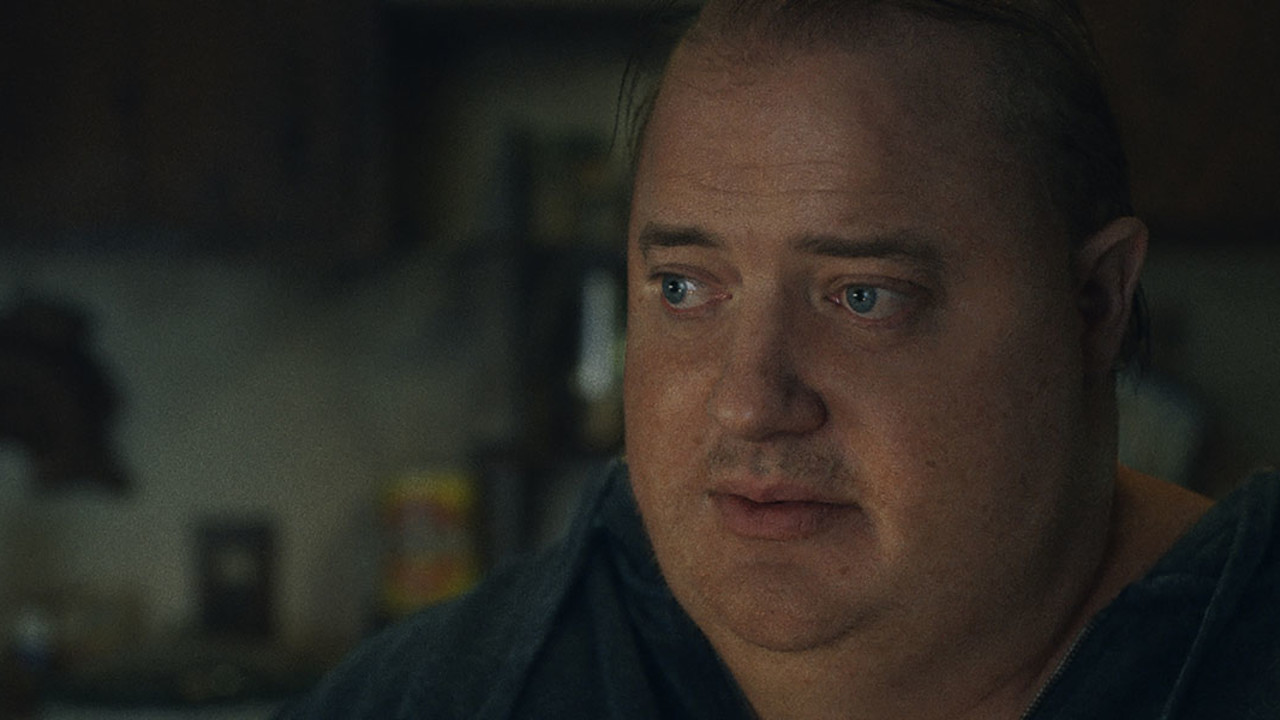 Brendan Fraser gives a career-defining performance in this arrestingly intimate drama from director Darren Aronofsky. The Whale invites us to identify with a man in a precarious state of isolation that has been exacerbated by a potentially lethal mix of technology and our culture of body shaming.

Writing instructor Charlie (Fraser) never seems to have his webcam enabled while teaching online. He makes excuses and is so good-natured that no one makes a fuss, but the real reason for his invisibility is his appearance. Charlie weighs 600 pounds. His obesity starts to pose a grave threat to his health and his friend Liz (Hong Chau, also at this year’s Festival in The Menu), a nurse, begs him to check into a hospital, but also recognizes that it might be more important to simply offer support.

Charlie’s current status quo is upended by the return of his long-estranged adolescent daughter, Ellie (Sadie Sink), though her willingness to resume a relationship seems prompted as much by Charlie’s offers to ghostwrite her school essays as it is by her sense of familial loyalty. Meanwhile, Charlie receives visits from a door-to-door evangelist (Ty Simpkins) who engages him in a dialogue about redemption that, despite Charlie’s lack of religious inclination, proves surprisingly resonant. Can any of these folks, regardless of their personal agendas, serve as the lifeline to self-acceptance that Charlie so urgently needs?

Screenwriter Samuel D. Hunter, here adapting his own play, has already proved himself a compassionate chronicler of offbeat characters with the FX series Baskets. With The Whale — the title a reference to Moby Dick, Charlie’s favourite book — Hunter has given us a story that fuses love, grief, and discomfort as a zigzag path to empathy.