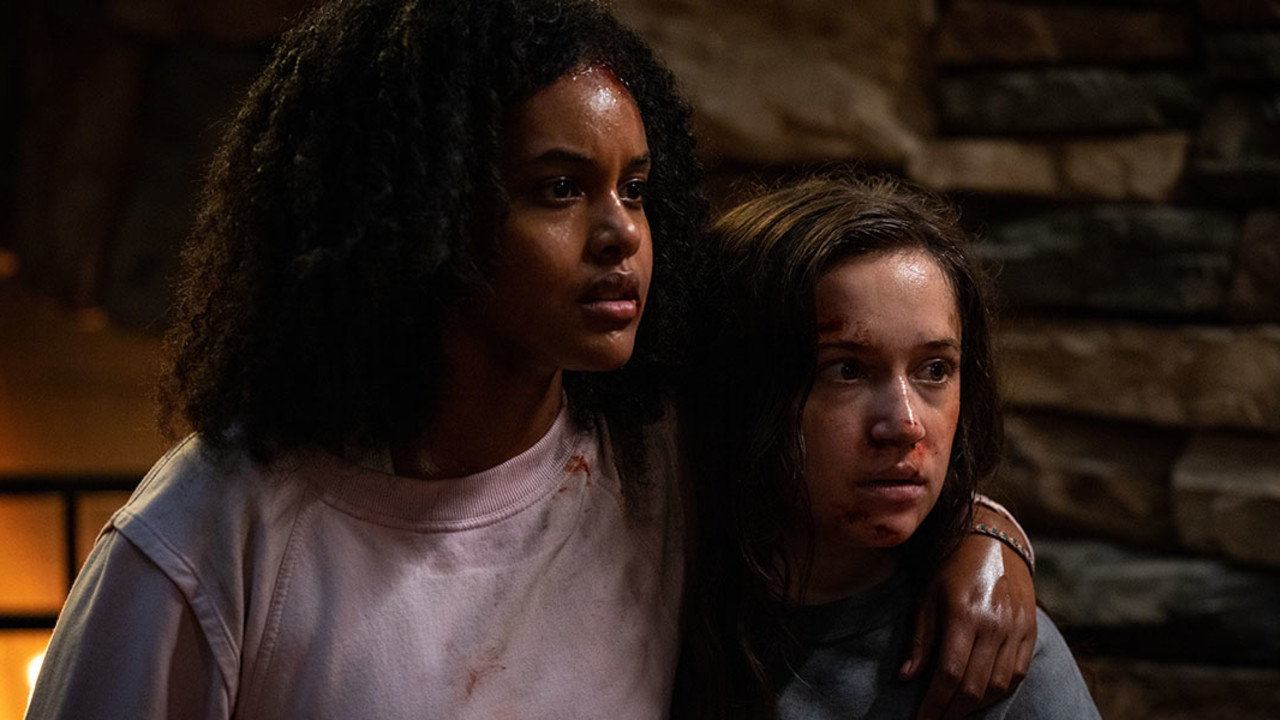 We all remember where we were during the peak of the pandemic. It sucked. But perhaps not as much as it sucks for Parker (Gideon Adlon) and Miri (Beth Million), whose carefully planned quarantine in a remote country estate gets interrupted by a mask-wearing interloper who wants to stab them with something far sharper than a cotton swab up their noses. Thus ensue the age-old slasher questions of who is the killer, why are they killing, and will their victims survive the night? With Scream scribe Kevin Williamson behind the keyboard, writing with Katelyn Crabb, audiences can expect the answers to be surprising, sardonic, and scary as hell.

But if the prospect of a pandemic-set horror movie has you wincing either “too soon” or even “too dated,” permit me to placate such concerns with an enthusiastic pronouncement — emphatically underlined, incessantly circled — that John Hyams is in the director’s chair. Hyams is a veritable genre auteur in the direct-to-video industry (his Universal Soldier films Regeneration and Day of Reckoning are both exquisite). Few American filmmakers are as deft at shooting action, and none more brutally than he can. With his steady hand and keen understanding of how bodies should buckle and flail in the throes of close-quarters combat, Hyams augments Williamson and Crabb’s already lean and mean cat-and-mouse thriller into a visceral white-knuckle barrage of thrilling set pieces that don’t stop a-rocking once the slasher starts, well… a-stabbing.

Sick does not reinvent the genre, nor is it interested in subversion. But propelled by a pulsating score, painfully slippery stunt work, and committed performances, it is wicked horror entertainment that’ll satisfy proud sickos like this programmer and terrify the rest.