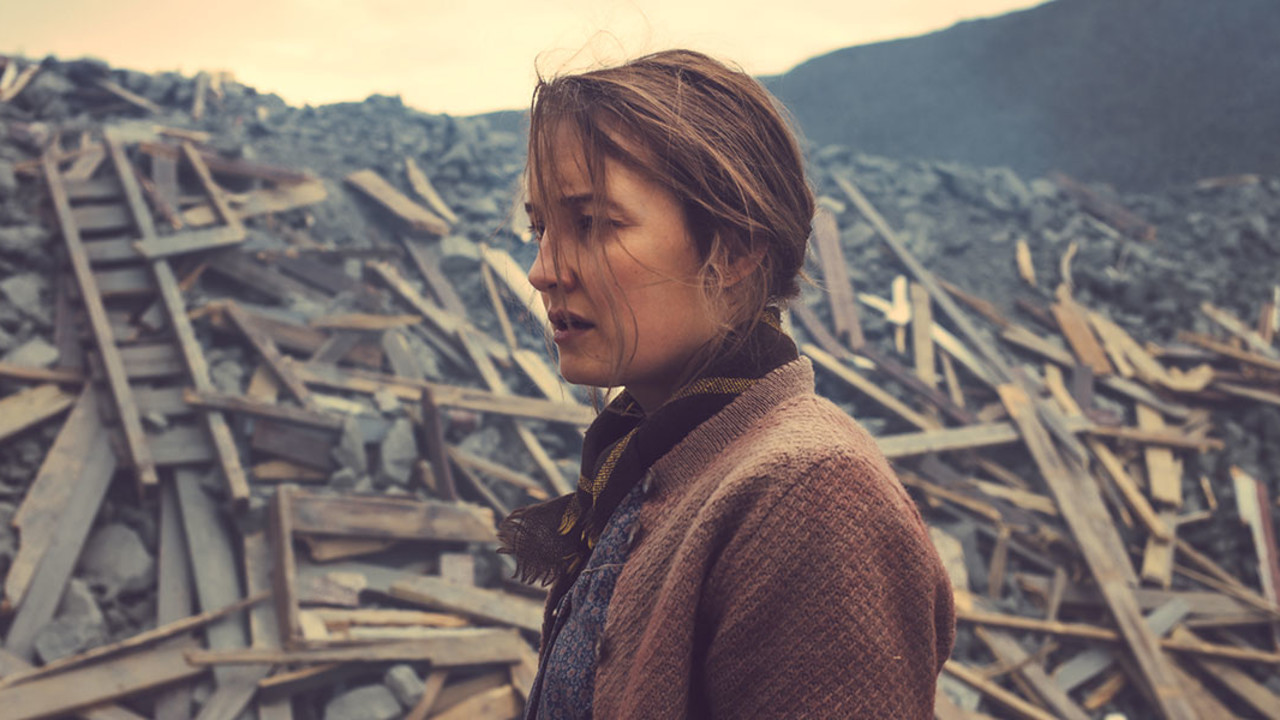 The destructive, far-reaching consequences of war are on terrifying display in Gunnar Vikene’s powerful epic War Sailor. When Germany invades Norway in April 1940, life-long best friends Freddy (Kristoffer Joner; The Wave, All That Matters is Past) and Kvalen (Pål Sverre Hagen, from last year’s The Middle Man and the Oscar-nominated Kon-Tiki), are at sea. They’re crestfallen to discover they’ve basically been conscripted to sail for the Allied effort, delivering supplies all around the world in unarmed cargo ships. Effectively refugees, they are unable to return home. For Freddy, the news is especially crushing since his wife, Cecilia (Ine Marie Wilmann), is home alone, caring for their two small children under occupation.

Temperamentally, the pair could not be more different. Freddy is doggedly principled, determined to finish his missions no matter the risk and deeply concerned about those around him. Kvalen is much earthier, pragmatic, a born survivor. (Cecilia makes him swear he’ll get Freddy home.) The pair fight steadfastly for one another and the crew they’ve fallen in with, including a young man they rescue when his ship goes down and a tough-minded young woman who refuses to take a back seat to any man.

As the years drag on and the missions grow ever-more dangerous, the cost of being exiled for so long and constantly at risk wears on the crew, who are battling fatigue, hopelessness, the ocean and the Axis. Even if they do get home, will their experiences change them completely?

A stirring and affecting study of courage, dedication, and male friendship, War Sailor is packed with intense action sequences, usually shot to emphasize the chaos and uncertainty of the dire situations thrust on Freddy and Kvalen. But at its heart, the film is about the brutality of war, and how it makes everyone collateral damage.