Polish master Jerzy Skolimowski’s gripping new drama, which shared the Jury Prize in this year’s Cannes competition, follows a sentient donkey as it experiences the best and worst mankind has to offer. 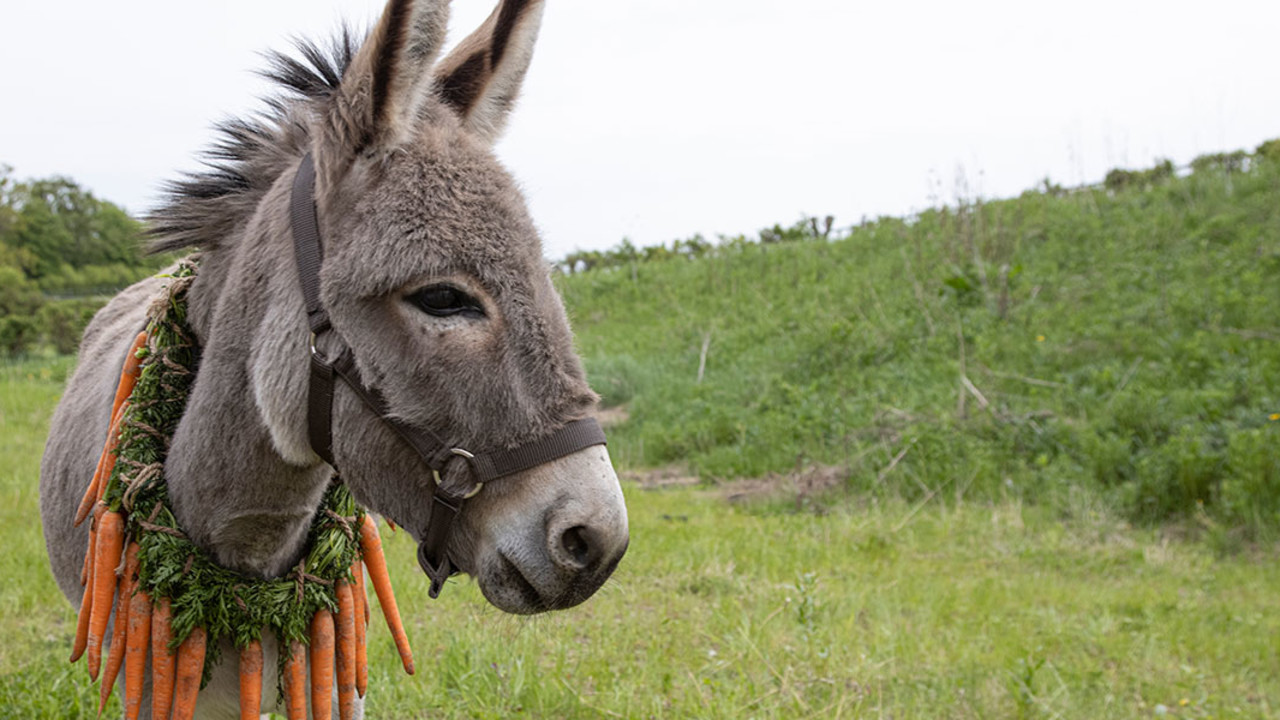 A contemporary palimpsest of Robert Bresson’s 1966 classic Au Hasard Balthazar, Jerzy Skolimowski’s EO (which shared the Jury Prize in this year’s Cannes competition) is the latest work from the 84-year-old Polish master (Le départ, Deep End, and 11 Minutes, which screened at TIFF ’15).

Working in collaboration with co-writer Ewa Piaskowska (who co-wrote Skolimowski’s Four Nights with Anna in 2008), cinematographer Michał Dymek (who shot Nathalie Biancheri’s TIFF ’21 Wolf), editor Agnieszka Glińska (who collaborated with Skolimowski on 11 Minutes and cut Valdimar Jóhannsson’s Lamb), and Paweł Mykietyn (who scored Skolimowski’s 2010 Essential Killing), EO is a fable-like journey through contemporary Europe, rooted in its tumultuous past, looking towards its uncertain future.

Told through vignettes, the film’s anchor is the anthropomorphic eyes of a donkey (played by six different equines named Taco, Ola, Marietta, Ettore, Rocco, and Mela) that senses its way through the wheels of fortune. These include helpless indenturement inside a mobile circus (under the care of wide-eyed Kasandra, played by Sandra Drzymalska, who was at TIFF ’19 with Carlo Sironi’s Sole), heading full speed for a glue factory on Mateo’s (Mateusz Kościukiewicz) lorry, a fractious adventure with prodigal-son-turned-priest Vito (Lorenzo Zurzolo), and a peek inside the so-called good life in the bourgeois home of a bored housewife named The Countess (Isabelle Huppert). To err is human, to forgive divine — and we are only left to guess what Eo — after seeing the best and worst of humanity — would do. A subtle reminder about the absolute cruelty of eating animals, Skolimowski’s chef d’oeuvre makes clear that we’re not so different from the most common beasts: we are born, briefly experience suffering and (if lucky) love, are unceremoniously exploited for our labour, and then we die.