The life, music, and activism of legendary Indigenous singer-songwriter Buffy Sainte-Marie are explored in this documentary that is as captivating as its subject, who smashed through barriers to become an inspiration to fans and fellow musicians alike. 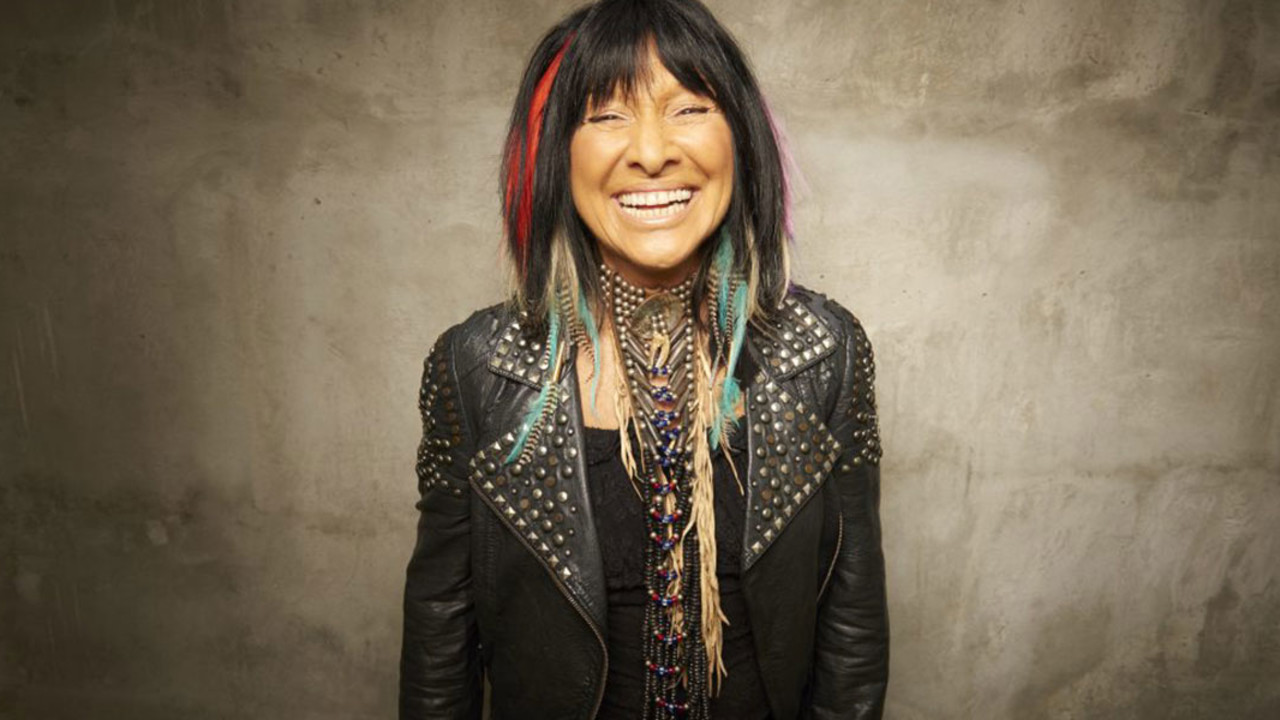 Buffy Sainte-Marie: Carry It On

A tribute to Buffy Sainte-Marie’s extraordinary life and career, Madison Thomas’s Buffy Sainte-Marie: Carry It On is as captivating and vital as its legendary subject, the first Indigenous person to win an Oscar (in 1983 for Best Original Song “Up Where We Belong” which she co-wrote and was featured in An Officer and a Gentleman). She was also the first recurring Indigenous guest star on Sesame Street.

A self-taught musician with a unique sense of phrasing and skilful songwriting, Sainte-Marie quickly became established in the 1960s folk-music mecca of Greenwich Village. Bob Dylan and fellow Canadians Robbie Robertson and Joni Mitchell counted themselves as fans. Sainte-Marie’s first hit, “Universal Soldier” — a hard-hitting indictment of those who blindly follow orders — became an international smash for her and for other artists like Donovan.

Sainte-Marie is more than just a singer. Her integrity and insistence on addressing subjects others shied away from gained her great respect. When she appeared on the TV show The Virginian in 1968, she demanded the producers hire Indigenous actors. She remains one of the few pop artists to refuse to have her rights bought out by Elvis. (Presley famously demanded full ownership of almost every song he recorded.) But it also led to her being targeted. Angered by her activism, the FBI tried to derail her career by demanding radio stations refuse to play her records. Her art and activism have always been deeply intertwined. Sainte-Marie is also remarkably self-effacing. Asked about her Oscar, she simply says she really shouldn’t be the only North American Indigenous winner to date.

This well-researched film divulges many lesser-known details of Sainte-Marie’s life, and brings together a fine collection of subjects whose love and admiration is palpable — most notably Joni Mitchell, who beams with affection when she talks about her. Buffy Sainte-Marie: Carry It On is a much-needed, inspiring biography of one of our most revered and courageous artists.