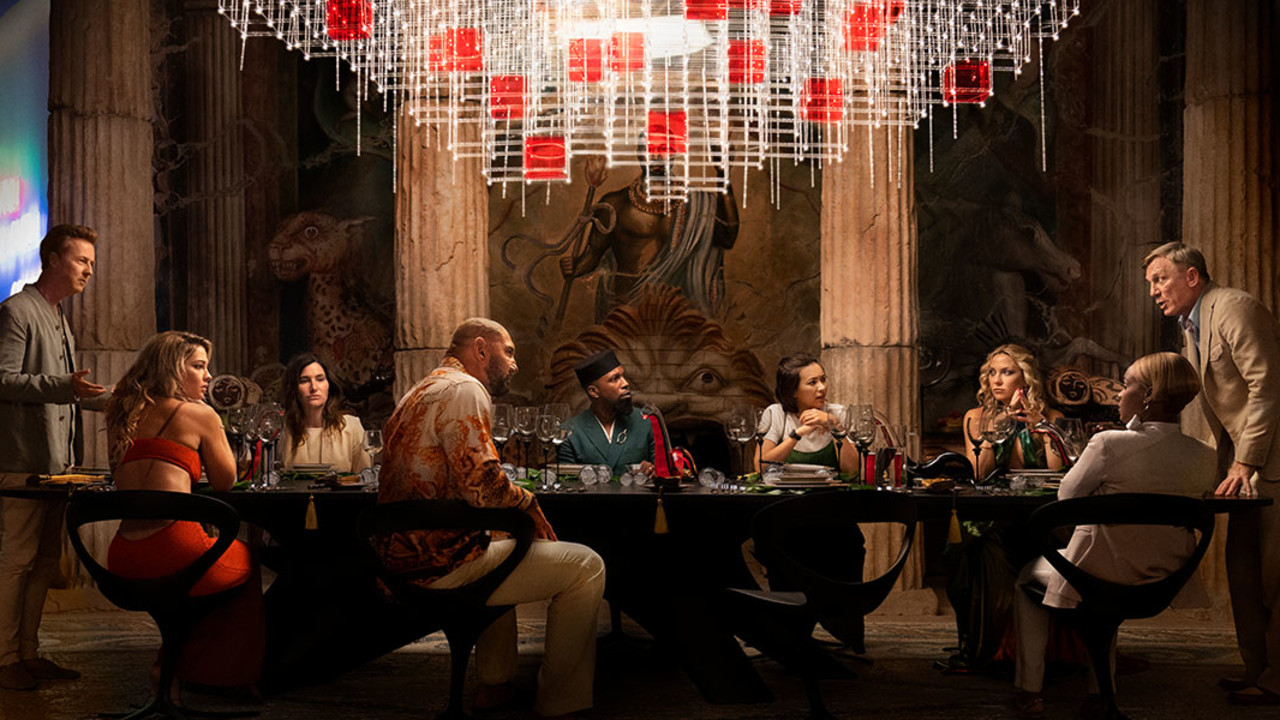 Glass Onion: A Knives Out Mystery

Glass Onion: A Knives Out Mystery joins an impressive list of writer-director Rian Johnson’s films to have premiered at the Festival, including The Brothers Bloom (TIFF ’08), Looper (the Opening Night selection for TIFF ’12), and, of course, Knives Out at TIFF ’19. In what is undoubtedly one of the year’s most anticipated films, Johnson brings us a new instalment in the exploits of detective Benoit Blanc, played with singular flair and aplomb by Daniel Craig. A cinematic cousin to Agatha Christie’s Hercule Poirot, Blanc’s well-mannered, gently eccentric exterior cloaks a sharp, observant eye and an instinct tuned to sniffing out misdeeds — and possibly murder.

In a significant change of tone from the previous film, this new adventure finds our intrepid detective on a Greek island, but how and why he comes to be there is only the first of many mysteries. Blanc soon encounters a distinctly disparate group of characters, played by notable actors such as Edward Norton (Fight Club, The Italian Job), Leslie Odom Jr. (Hamilton, One Night in Miami...), Dave Bautista (Guardians of the Galaxy, Dune), Janelle Monáe (Moonlight, Hidden Figures), Kate Hudson (Almost Famous), Kathryn Hahn (Bad Moms, Transparent), Madelyn Cline (Boy Erased), and Jessica Henwick (The Gray Man), among others.

As in all the best whodunits, the characters in Glass Onion all hide their own secrets, motivated by those most human and elemental of sins: greed, lust, envy, and pride — but which of these is the deadliest? Johnson, who has often credited Agatha Christie as an influence, makes murder irresistible once again. This time, there’s nary a cable-knit sweater in sight.