In this gripping debut from Syrian filmmaker Ehab Tarabieh, a respected sheik must make an impossible decision between family and duty when his estranged brother returns to the Golan Heights after living 47 years in exile. 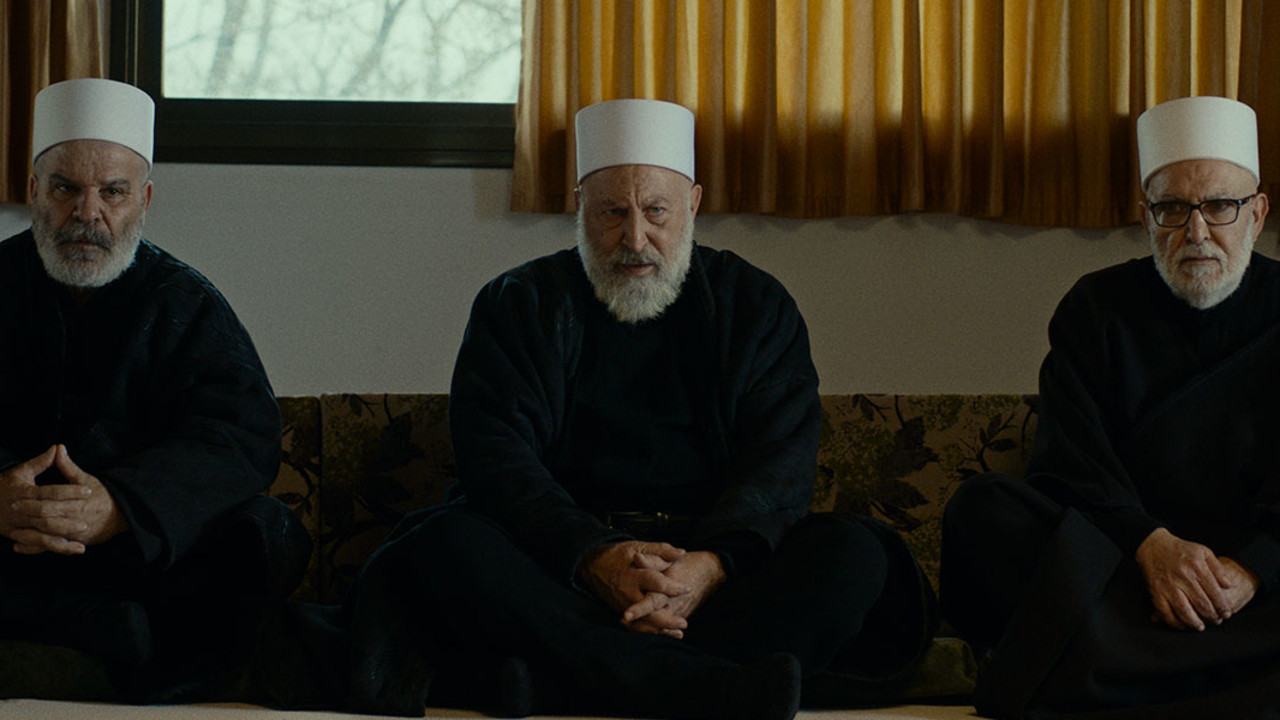 The Taste of Apples is Red

Sheik Kamel, a respected religious leader in the Druze community of the Israeli-occupied Golan Heights, is visited unexpectedly by his estranged brother Mustafa after 47 years in exile. Quietly crossing the heavily guarded border from Syria, having travelled through the ongoing civil war, Mustafa shows up at Kamel’s door wounded and alone. Kamel reluctantly calls his daughter Salma to care for her ailing uncle while he contemplates what to do next. The sheik does not want the unwelcome news of his brother’s return to reach the rest of the village.

It is by special arrangement with the Syrian state that the Druze are allowed to remain living in the contested region. However, while Mustafa was in exile, he aligned himself with the state opposition. When Daud, the village representative for the Syrian regime, learns of Mustafa’s return, he makes it his mission to see the man captured, presenting Kamel with an impossible choice between family and his duty to the village.

This absorbing fiction debut from Syrian filmmaker Ehab Tarabieh pursues complexity without compromise, portraying the thick silences that scaffold political conflict onto personal lives, no matter how long they have been kept isolated. Thoughtfully shaped by the uncompromising circumstance of military occupation, and backed by seasoned performances, The Taste of Apples Is Red treats the telling of truth with the brave attention it deserves.