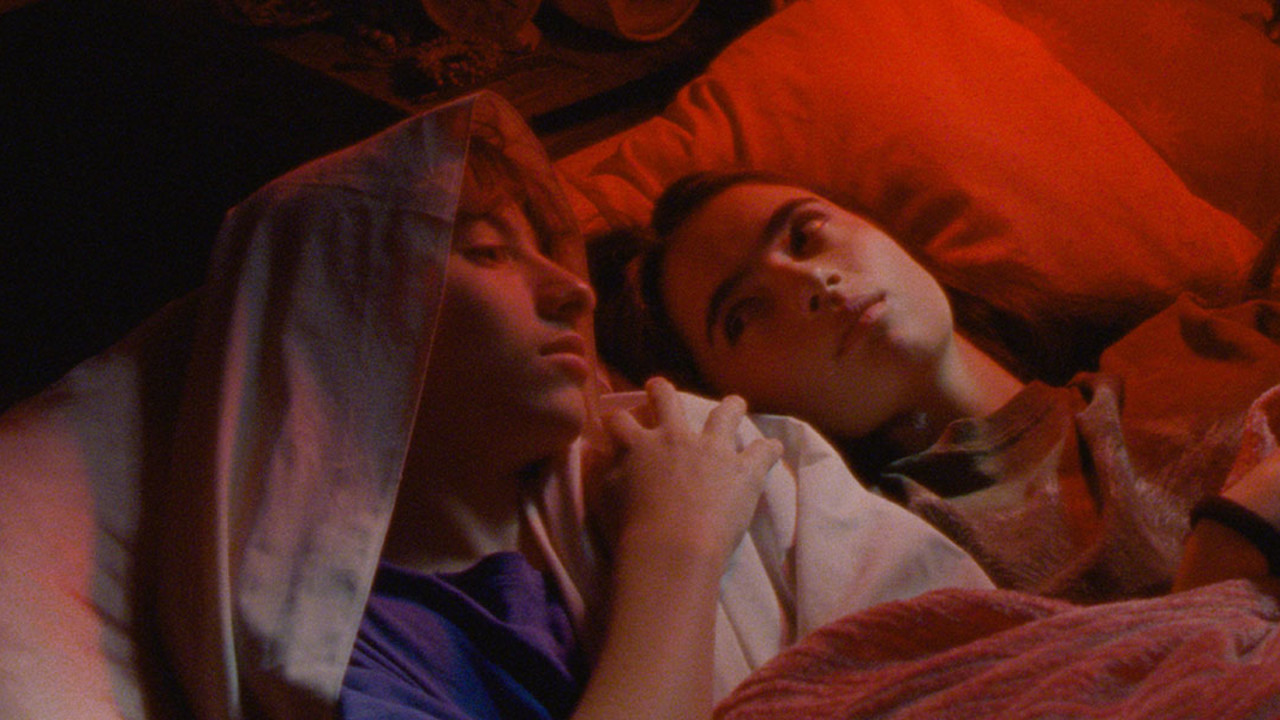 Bastien (Joseph Engel) is 14, that awkward age when hormones pre-empt bodily development. He, his little brother Titi (Thomas Laperrière), and his mom Violette (Monia Chokri) travel to a lakeside cottage in rural Quebec to spend time with Violette’s BFF Louise (Karine Gonthier-Hyndman) and her 16-year-old daughter Chloé (Sara Montpetit). Bastien is beguiled by Chloé’s moodiness and relative worldliness. Though their difference in age feels immense, Chloé is charmed by Bastien and invites him along to parties. She also enjoys terrorizing him with tales of the child who mysteriously died in the very part of Falcon Lake where she insists Bastien go swimming. It is rumoured that the child’s ghost still haunts these waters.

Based on Bastien Vivès’ graphic novel Une soeur, Falcon Lake is deliciously irreverent with regards to tone. Its setting, replete with a poster for Hitchcock’s Psycho on a bedroom wall, is all too perfect for a cabin-in-the-woods chiller, while Kristof Brandl’s gloom-kissed 16mm photography works in tandem with Shida Shahabi and Wilhelm Brandl’s willowy score to maintain a creepy tension. Yet, for all the feints toward the supernatural, the film’s deepest pleasures are to be found in the perfectly earthbound bond that grows between Bastien and Chloé — beautifully realized characters who will make you long for lazy summer days where everything feels inexplicably urgent while, in fact, your whole life is ahead of you.