The final film from late writer-director and novelist Biyi Bandele (Half of a Yellow Sun) is a cinematic adaptation of Wole Soyinka’s acclaimed anti-colonial stage play, Death and the King’s Horseman. 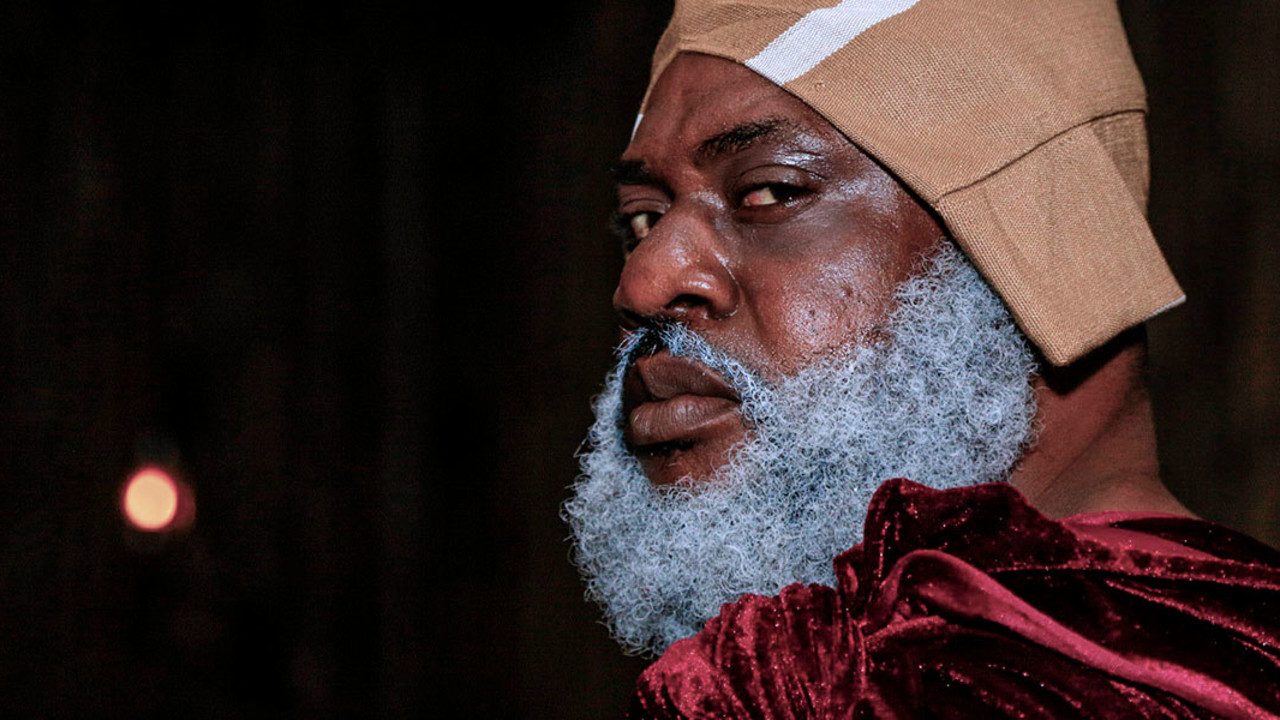 TIFF dedicates this presentation of The King’s Horseman to the memory of Biyi Bandele, October 1967 – August 2022.

The day has come for Elésin Oba (Odunlade Adekola) to accompany the Alaafin of Oyo, King of Yorubaland (contemporary Nigeria, Togo, and Benin), into the afterlife. Celebration is in order! As the King’s Horseman, Elésin is responsible for the political ruler’s smooth travels in life and in death, making this day the long-intended end of his honourable, fleshly commitments to the Yoruba people. Since the Alaafin is dead, Yoruba religious tradition insists Elésin must commit ritual suicide.

On his final ceremonial procession through the market, Elésin notices a passing bride-to-be and decides to delay the evening’s sacred ritual in order to marry her first. Iyaloja (Shaffy Bello), “mother of the market” and mother to a newly jilted son, cautions Elésin not to let his earthly desires interfere with his spiritual duties. Unfortunately, neither are aware that the British military plans to stop the evening’s ritual from happening, setting off a sequence of events no one is prepared for.

The late director Biyi Bandele (TIFF 2013’s Half of a Yellow Sun), who passed away this past month at the age of 54, and producer Mo Abudu (TIFF 2016’s The Wedding Party, TIFF 2017’s The Royal Hibiscus Hotel) teamed for the first cinematic adaptation of Wole Soyinka’s acclaimed 1975 stage play Death and the King’s Horseman. Based on real events during the region’s British colonial period, the tragic dramedy was originally written in English. Bandele, however, insisted on the Indigenous translation for screen, harmonizing Soyinka’s poetics indelibly with the Yoruba sonic dialogue of interconnecting beats and talking drums. A reimagining that stays close to its source material, The King’s Horseman entrusts the challenge of Soyinka’s cosmic dilemma to a generation of cinema lovers armed for study.