Scottish writer-director Charlotte Wells’ indelible feature debut brims with warmth and quiet wonder as its protagonist recalls a father and daughter’s journey to a Turkish seaside resort some 20 years after the fact. 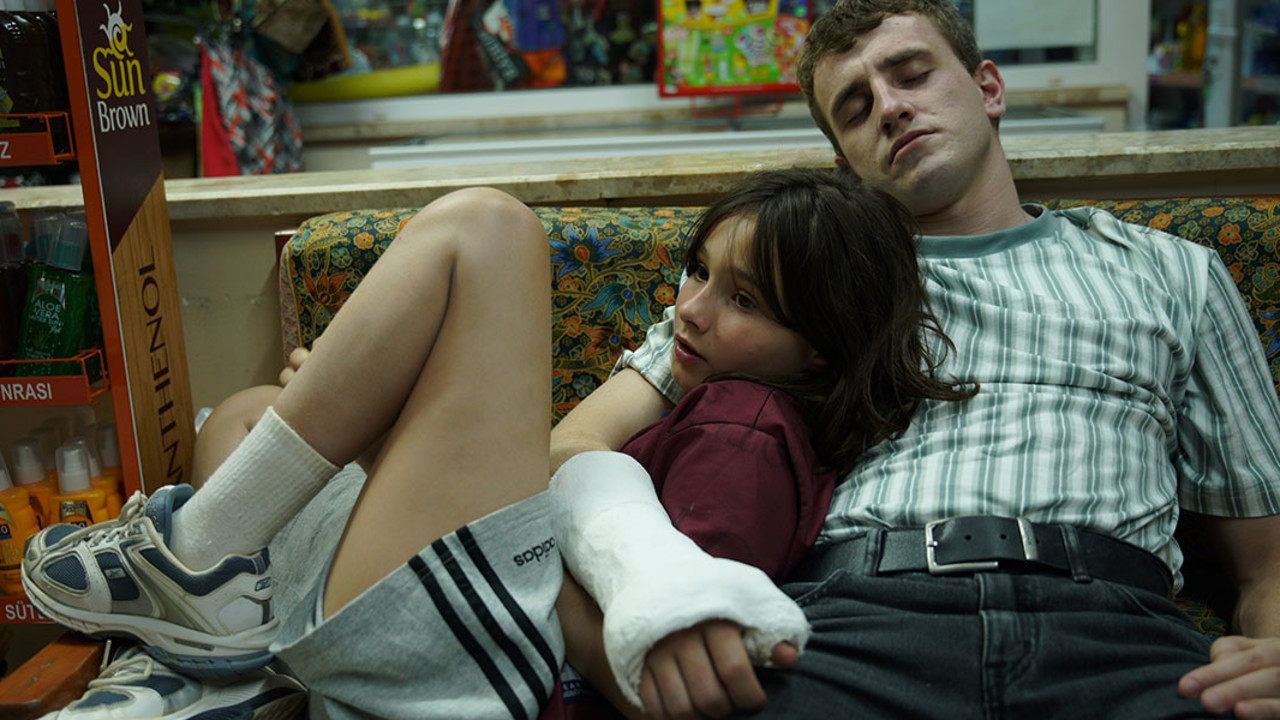 Brimming with warmth and the ache of cherished memory, Scottish writer-director Charlotte Wells’ feature debut is a quiet revelation. Recalling a father–daughter journey to a Turkish seaside resort some 20 years after the fact, Aftersun employs the gentlest touch yet leaves an indelible mark.

Though Calum (Paul Mescal, also at the Festival in Carmen) is 30 and his daughter Sophie (Frankie Corio) just 11, they occasionally get mistaken for siblings. This is because of Calum’s baby face, but also his playful attitude: the pair really get along. Having split from Sophie’s mum, and having left their Edinburgh home for England, Calum knows how precious their time together is. Whether hanging by the pool, taking excursions on the sea, or shopping for carpets, Calum encourages Sophie’s abundant curiosity… until he doesn’t. Every now and then, with their MiniDV camera in hand, Sophie makes enquiries that Calum won’t accommodate.

So much about Wells’ approach to sound and image feels intimate, yet never intrusive — the inner life of her characters remains mysterious without being portentous. In this regard, Aftersun is a showcase not only for Wells, but also for her actors. Corio’s Sophie is wondrously alert to everything going on around her, and Mescal, so memorable in his recent roles in The Lost Daughter and Normal People, is magnetic in his first big-screen lead. It won’t be his last.