The fourth and final film by the late Mantas Kvedaravičius — who returned earlier this year to Mariupol, Ukraine, following his 2016 film documenting life under attack — is an amalgam of sorrow and a testament to the human ability to endure unimaginable suffering. 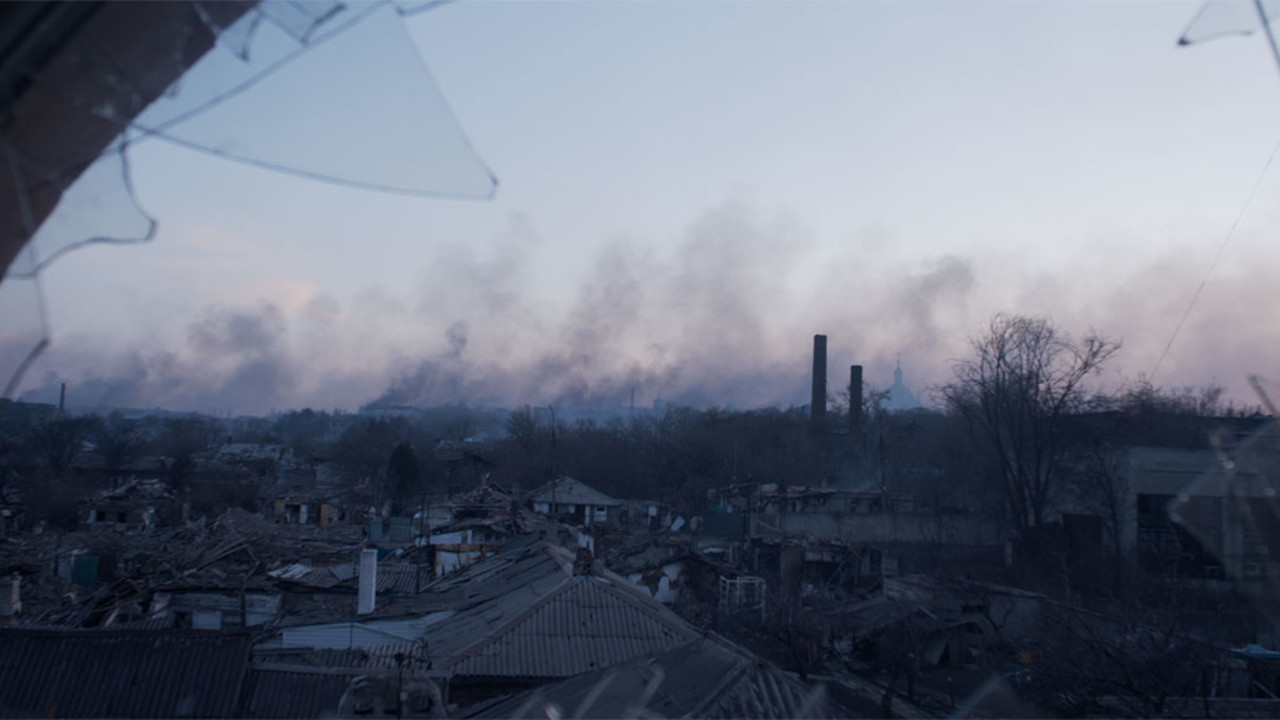 Since 2014, following the events of Euromaidan, the ongoing war in Ukraine — sometimes fought with artillery, sometimes with bombardments of propaganda — has been raging between pro-Russian separatists loyal to Putin and nationalists whose sympathies are with Europe, NATO, and the West. When Russia’s ongoing attempts to consume, homogenize, and colonize Ukraine escalated to a full invasion on February 24, 2022, Lithuanian director Mantas Kvedaravičius returned to the besieged eastern city of Mariupol, where in his 2016 film Mariupolis he documented life under attack.

On April 2, while attempting to leave amongst the chaos as the city was under almost constant bombardment, he was captured and murdered in cold blood. His fiancé, Hanna Bilobrova, managed to escape with the footage, and Kvedaravičius’s longtime editor Dounia Sichov (who worked on Mariupolis and whose TIFF ’22 credits also include Davy Chou’s Return to Seoul) carefully crafted this document of his precious last days with the city and people to whom he devoted his life.

From a distance we see the Azovstal iron and steel works, where brutal fighting continued until the bitter end of the city’s collapse, and the Mariupol theatre — marked with white paint as containing sheltering children — where as many as 600 people were bombed on March 16. More closely, Mariupolis 2 is about human resilience under unimaginable adversity. Unfinished by nature, it consists of the filmmaker’s hideout alongside 40–50 citizens in the midst of surviving and vérité snapshots of everyday life in hell. Reaching beyond the screen, the film begs moral questions like: Would you move the dead bodies of your neighbours to claim their portable generator and heat your own shelter? Would you step outside for a cigarette? And would you live? Not for the faint-hearted, Kvedaravičius’s fourth and final film is an amalgam of sorrow and a testament to the human ability to endure. Glory to Ukraine.