This impassioned, visually arresting interpretation of the classic German anti-war novel makes the pacifist case to contemporary audiences through its depiction of the horrible madness of World War I and the tragedy of a doomed generation. 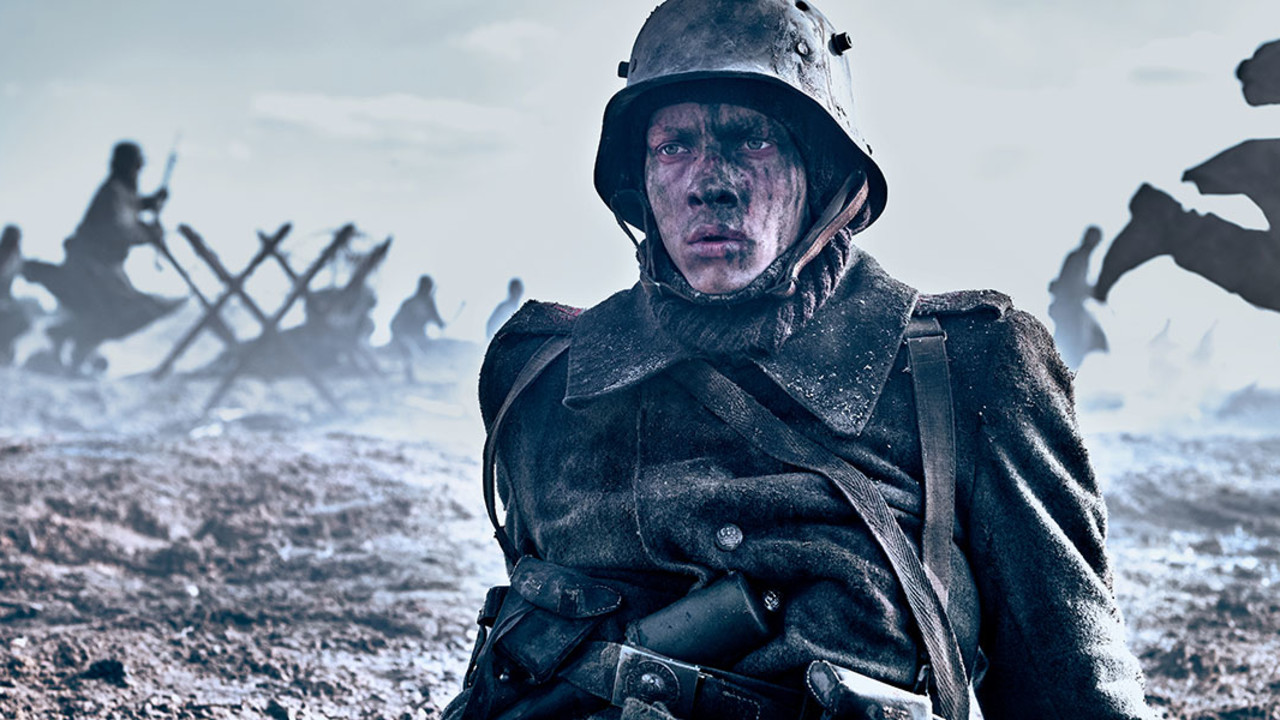 All Quiet on the Western Front

Considered one of literature’s most honest and authentic depictions of war, Erich Maria Remarque’s renowned 1929 novel Im Westen nichts Neues was first adapted for the screen in Lewis Milestone’s Academy Award–winning 1930 film. Nearly a century later, Edward Berger has directed the first German interpretation of the story and it is a work of unquestionable power and urgency.

It’s 1917 and wartime in Germany, as Paul Bäumer (Felix Kammerer) lies about his age so that he can enlist alongside his friends — all of them very young men filled with romanticized, patriotic notions. The reality of war almost immediately dismantles their exuberance. Soon (too soon) Paul is thrown into a trench, with little equipment, minimal training, and the swiftly repaired uniform of another soldier on his back. Only the hardy advice of an older veteran prevents him from becoming another hapless statistic on his first day.

In the hands of Berger, cinematographer James Friend, and an outstanding cast (including Daniel Brühl in a supporting role as a frustrated government minister), this is a compelling and impassioned adaptation. Berger’s interpretation is a visceral experience: banks of sewing machines repairing uniforms sound like bullets, the icy frost of a winter morning hangs like a shroud for those dead from cold, and devastated landscapes of mud, blood, and bone encase soldiers in their trenches — fusing men together in a way few of us can ever truly understand.

The film’s evocation of overwhelming brutality and relentless fear reinforces a compelling message: the true enemy is not the soldiers opposite in No Man’s Land or even the bombs and shells dropping from above, but rather, always and for all of us, war itself.