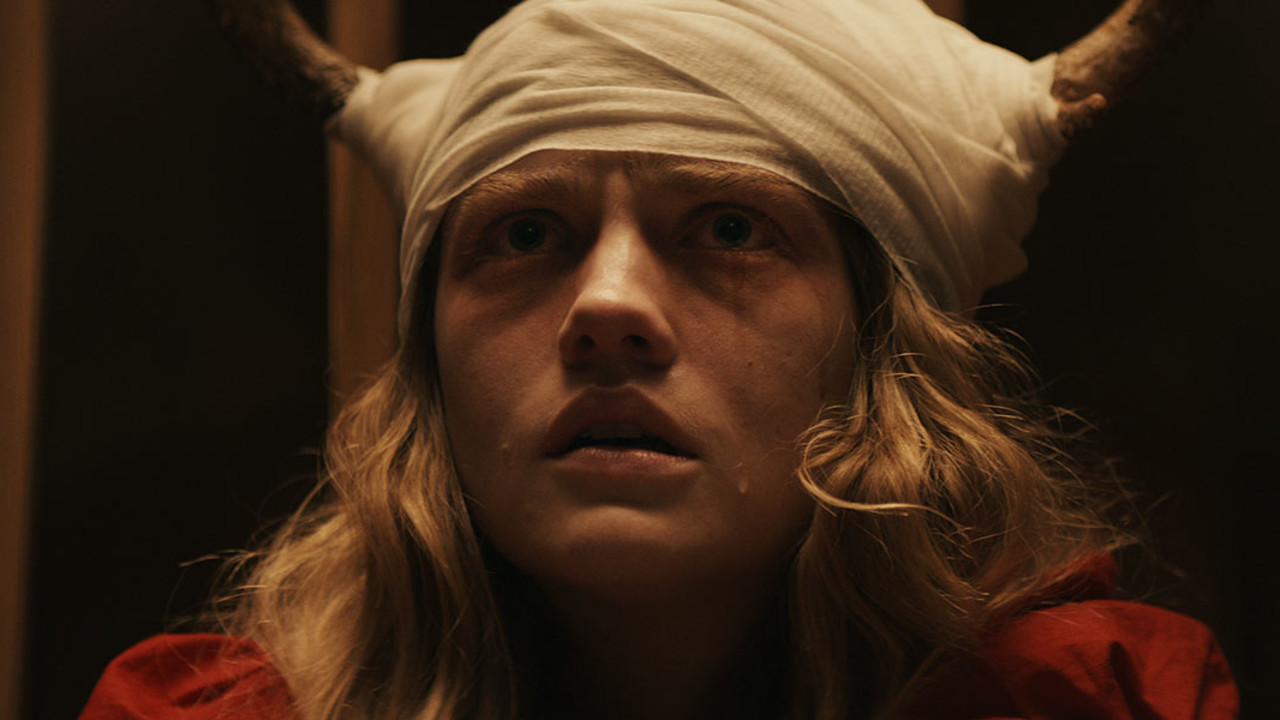 Maddie Hasson stars as Dora, a young woman who has been committed to an unorthodox institution for a crime she cannot remember. Persistently drugged and subjected to a series of rigorous psychiatric evaluations, which include intricate recreations of her past, Dora is asked by her enigmatic captors to confront an elusive truth. But can they be trusted? Can Dora even trust her own mind? And what is the cost of accepting the realities she is being presented with? These questions — and the many methods in which a patriarchal system can gaslight women — are at the heart of director Mercedes Bryce Morgan’s stylish psychological thriller.

Set within the claustrophobic corridors of an antiseptic psychiatric ward, which surreally begins to transform into more eccentric spaces that reflect traumatic scenes from Dora’s fractured memories (a testament to Lucas Gentilcore’s inspired production design), Morgan deftly ties the audience to Dora’s suspended state of confusion and paranoia as she struggles to retain control of both her mind and body. Hasson is striking as Dora, against Stephen McHattie (Pontypool) and Genesis Rodriguez (The Umbrella Academy), who each deliver distinctively arch performances as tormentors ominously insisting that they are only trying to help. Propelled by visceral and dynamic camerawork and a hypnotic cover of Cults’ single “Always Forever,” this auspicious debut feature crescendos towards a twisty climax and a much-felt catharsis.