A 13th-century teenager (Bella Ramsey) rebels against her father (Andrew Scott) when he tries to marry her off to a wealthy man, in Lena Dunham’s playful adaptation of Karen Cushman’s bestselling novel. 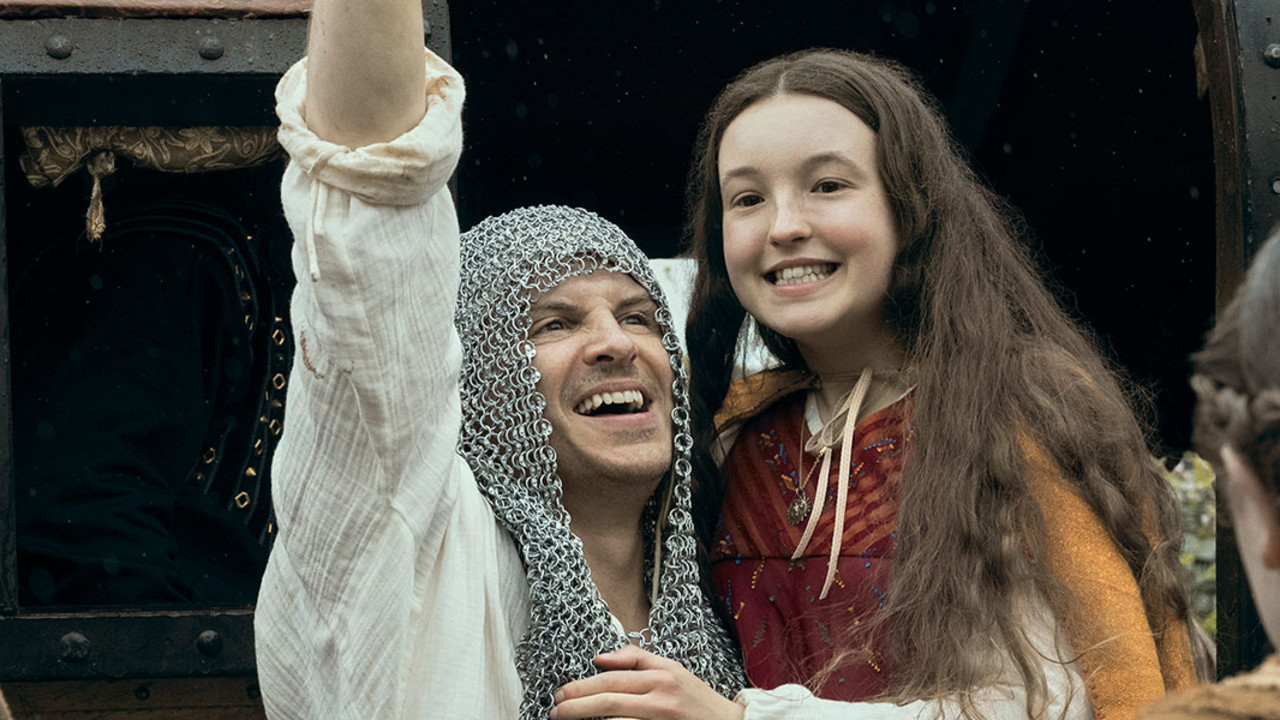 Lena Dunham turns her feminist lens towards medieval England with an adaptation of Karen Cushman’s Newbery Medal–winning novel about a 13-year-old girl who rebels against her father’s attempts to marry her off.

Bella Ramsey takes a delightful detour from her role as the no-nonsense Lyanna Mormont on Game of Thrones to play Birdy, who revels in causing minor mayhem around her family’s village. When her father, Sir Rollo (Andrew Scott), the inept Lord of Stonebridge, is faced with financial destitution thanks to his profligate spending, he sees only one way out: to find his daughter a wealthy, landholding husband who will secure the family’s future.

Birdy’s father and kindly mother, Lady Aislinn (Billie Piper), are soon lining up a procession of suitors totally unpalatable to her. She dispatches each of them in equally short order with her wit — and whatever new scheme she’s come up with to make her own fun. Keeping a keen, watchful eye on her siblings and cousins, Birdy sees a whole variety of relationships begin and end around her, and her instinct to avoid the same fate only adds to her father’s stress. While strict with Birdy, Rollo carries his own guilt over relegating his daughter’s bright spark to an unhappy future.

With Catherine Called Birdy, Dunham finds a fresh angle on themes she’s explored before. This time, she confronts sexism by situating it amid the absurdly arcane customs of 13th-century Europe — noting wryly in the process just how far back the patriarchy stretches and highlighting the cheeky resilience that has kept girls like Birdy from letting it defeat them.