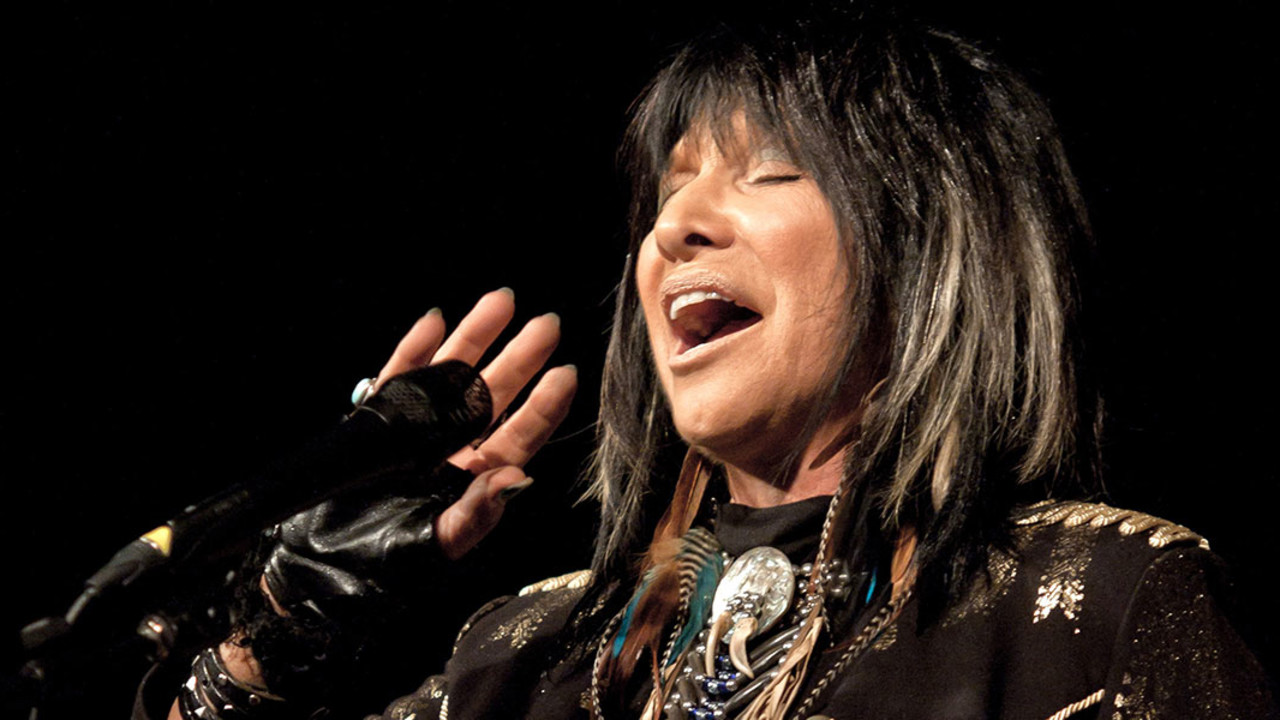 Join Buffy and special guests as we welcome the world back to TIFF and kick off the festivities on the street!

Buffy Sainte-Marie is one of the most recognized, celebrated, and successful Indigenous artists of all time. Over the course of her five-decade career, Sainte-Marie has inspired multiple generations of musicians, artists, and activists. The powerful, raw singer-songwriter with unmatched scope has steadfastly refused to be trapped in the patterns of the past or be entangled in the workings of the contemporary music industry. Since her groundbreaking debut album It’s My Way! (1964), the Cree singer-songwriter has been an informative advocate for Indigenous cultural awareness.

In addition to winning multiple JUNO Awards and being inducted into the Canadian Music Hall of Fame in 1995, Sainte-Marie was the first Indigenous person to take home an Academy Award as co-writer of “Up Where We Belong” in 1983 for Best Original Song from the film An Officer and a Gentleman, which also won Golden Globe and BAFTA honours.

Additionally, the feature documentary film Buffy Sainte-Marie: Carry It On, directed by Madison Thomas, premieres at 2022 TIFF. The film will blend the multifaceted eras of Sainte-Marie’s life experiences and will immerse the audience in the depths of her equanimity, devotion to innovation, passion for philosophy, and love for the world.

TIFF is so excited to have Buffy on the Slaight Music Stage to perform and kick off Festival Street 2022!