A talented high-school student dreams of making it big in the world of battle rap, in Sanaa Lathan’s debut feature based on the New York Times bestseller by Angie Thomas (The Hate U Give). 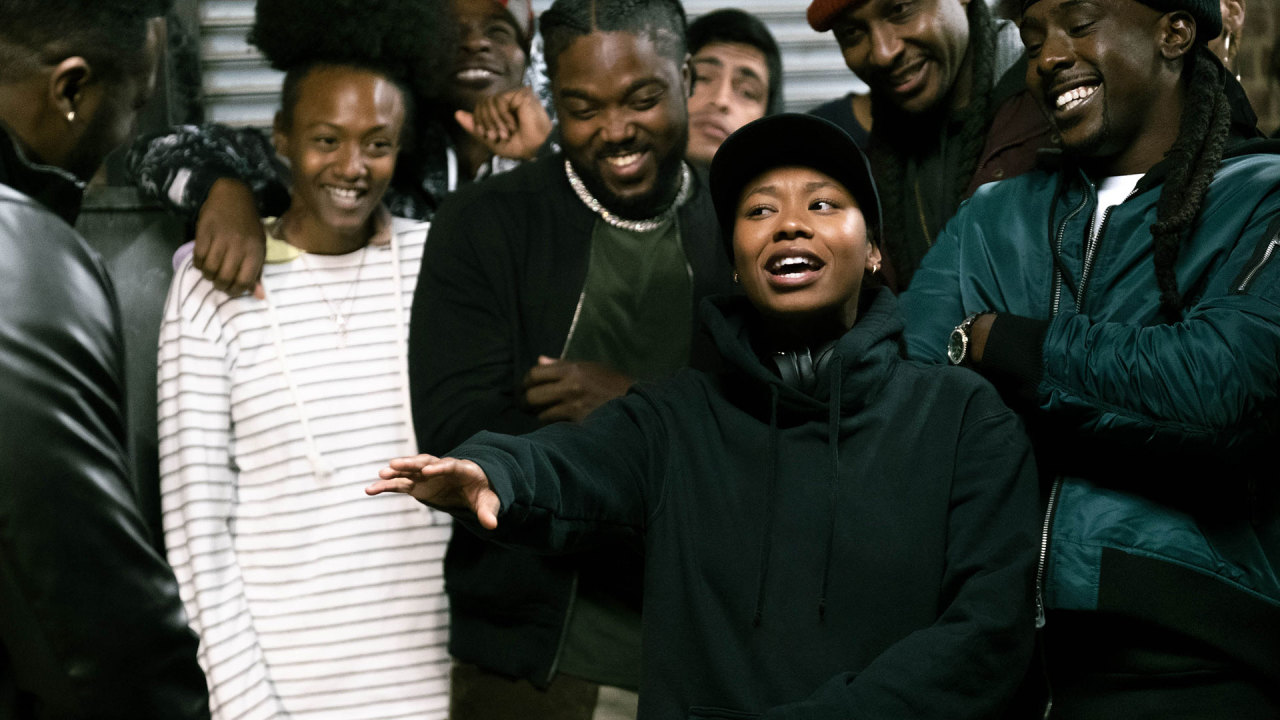 On the Come Up

Bri (Jamila C. Gray) wants to carry on after her father — a local hip-hop legend named Lawless, who was killed when he was just on the verge of making it big. That’s not an easy task, and she chokes during her first rap battle at Garden Heights. It’s a world of big personalities and harsh words, but, despite her initial stumble, she is bent on breaking in.

When her future becomes more uncertain after a violent run-in with the security guards at her high school, Bri is approached by Supreme (Method Man), an old associate of her father. He promises fame and fortune if she just follows his lead. It’s an intimidating step up, but, worried about bills that need to be paid at home, Bri puts her instincts in the backseat and drops a hard-edged track that kicks up controversy. While her family and friends worry that she’s abandoning her grounded style for an all-too-familiar persona, she struggles to find her rhythm while balancing success and integrity.

Based on the bestseller by Angie Thomas (The Hate U Give), this assured and crisply-paced debut feature from actor-turned-director Sanaa Lathan is an empowerment story that’ll have you cheering for Bri from her side of the ring. Newcomer Gray astounds in the lead role, surrounded by a cast of fresh faces destined for success as well as supporting turns from familiar favourites like Mike Epps and Da’Vine Joy Randolph. On the Come Up is a story about carving your own path, and if she can stay true to herself long enough to find the words, Bri might just bring the house down.