Featuring the voices of Jordan Peele, Keegan-Michael Key, Angela Bassett, and Lyric Ross, this aminated comedy-adventure from BAFTA winner Henry Selick (Coraline) follows a pair of demon brothers who ally with a goth teenager to defeat their archnemesis. 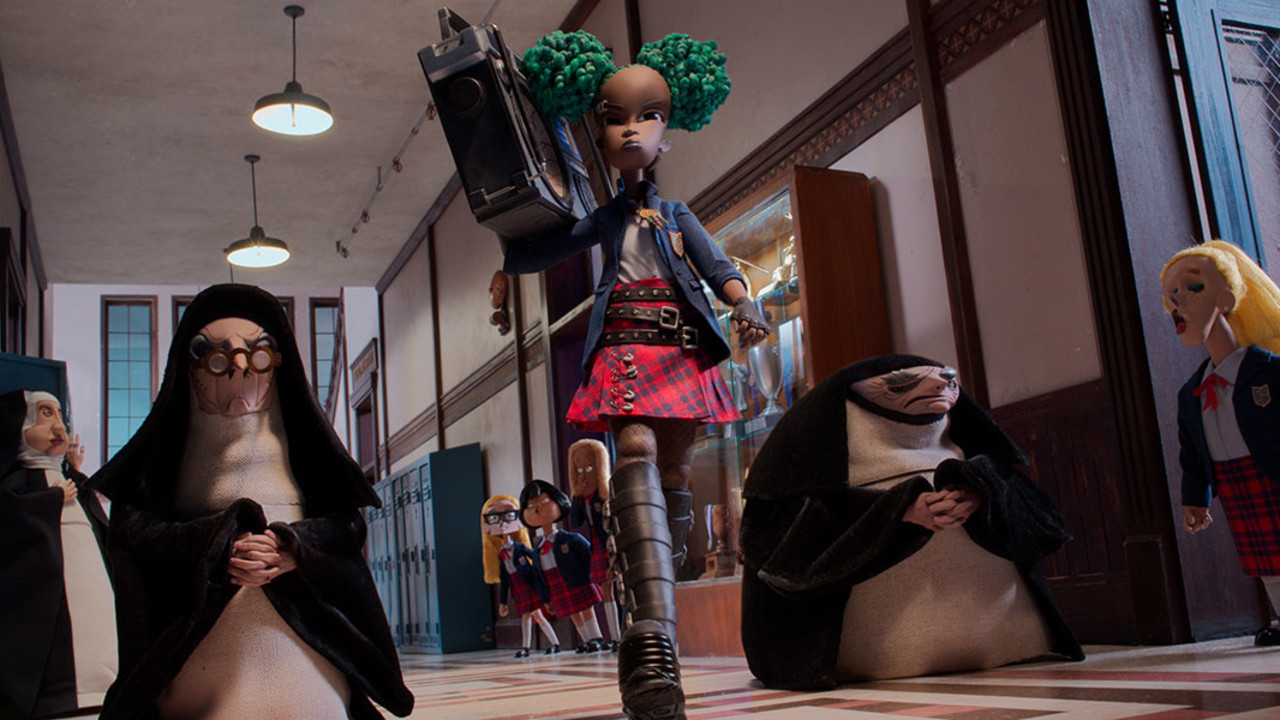 What’s this? Acclaimed stop-motion animation filmmaker Henry Selick (The Nightmare Before Christmas, Coraline) has joined forces with certified horror hitmaker Jordan Peele to compose the delightfully macabre tale of Wendell and Wild, two mischievous demon brothers, and the hijinx they wreak in the Land of the Living. Peele and his longtime comedy partner Keegan-Michael Key lend their voices and infectious comic rhythms to these fraternal hellions who dream of defying their demon dad Buffalo Belzer (Ving Rhames), so that they may one day redesign the afterlife from a veritable theme-park of perpetual shrieking into a brighter, happier underworld.

At first summoned to the depressed town of Rust Bank in order to resurrect the parents of young Kat Elliot, a troubled goth teenager (Lyric Ross) with latent supernatural abilities, the impressionable siblings instead inadvertently fall in with the town’s corrupt socialites who are conspiring to transform the community into a private prison for profit and perpetual exploitation. But this only scratches the surface of the film’s intricate weave of diversely eccentric characters (both living and undead), and charmingly twisted trajectory.

Supported by an incredible voice cast that includes Angela Bassett and James Hong, Wendell & Wild boldly synthesizes the preoccupations of both its visionaries, from Selick’s carnivalesque yet family-friendly frights to Peele’s inspired satirical swipes — which, in this case, appealingly promote the importance of protest and resistance in the face of institutional corruption and oppression. Complete with magic hair cream, booger subterfuge, one adorable baby goat — and a climactic showdown against a small army of slapstick skeletons — this is a spectacularly animated romp with that perfect dash of madness that will beguile midnight movie fans, young and old alike.