Shot in several French hospitals over a number of years with a specially designed camera, this film by Verena Paravel and Lucien Castaing-Taylor (Leviathan, Caniba) is an unprecedented cinematic immersion into the human body. 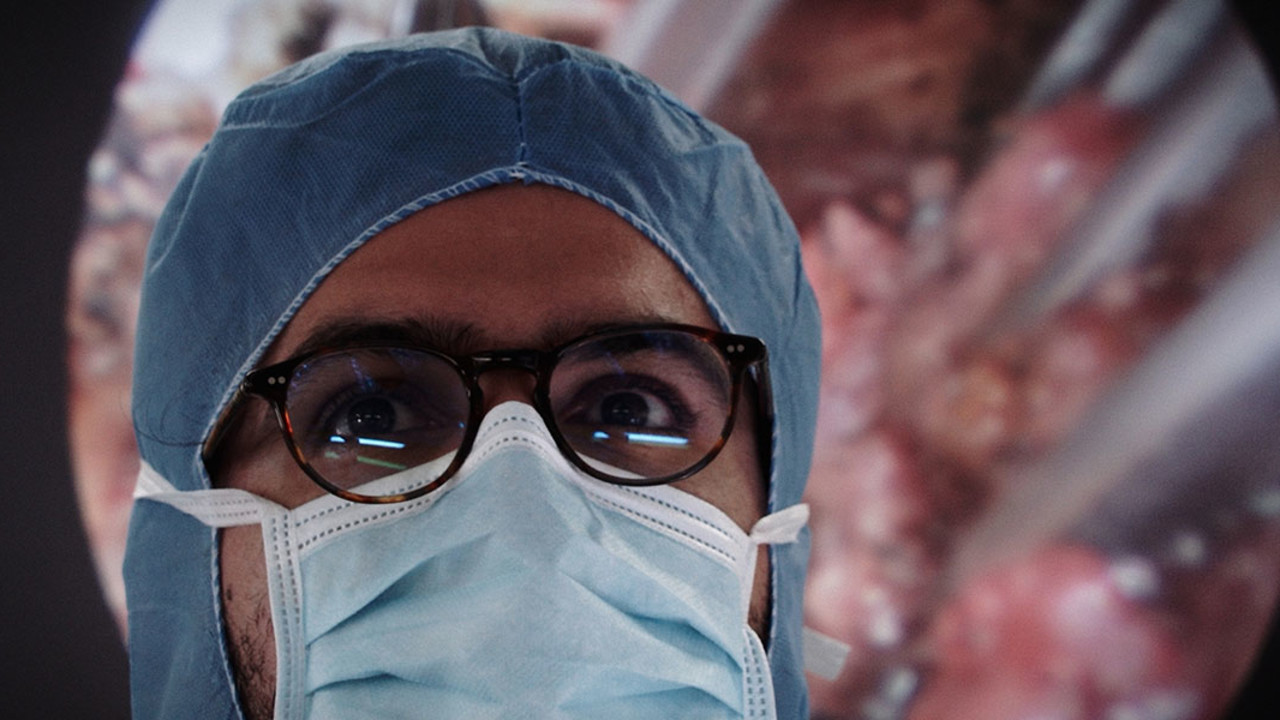 De Humani Corporis Fabrica — named for Andreas Vesalius’s key Renaissance text on human anatomy — is the latest sensation by Sensory Ethnography Lab duo Verena Paravel and Lucien Castaing-Taylor (Leviathan, Caniba). Shot at several hospitals in and around Paris with a specially designed camera that permitted the filmmakers to record footage inside the body, the film is an unprecedented cinematic immersion, sluicing through the hallways and bowels of the hospitals and probing the cavities and internal organs of the human body.

Observing overburdened surgeons and nurses at work and at rest, the film negotiates beauty and horror — as well as life and death — in a manner both cerebral and visceral (even playful and mischievous at times), confronting a reality that many of us naturally try to avoid. Throughout, the audience is reminded of the confines of our own bodies and minds and their eventual, sometimes immediate dysfunction. In a layered portrayal of the human body in relationship to the institutional body, the film emerges as a timely depiction of labour, placing frail and failing anatomy alongside the professionals who must withstand the “godlike” transgressions they perform with their hands — the cutting, severing, violently penetrating — to save lives.

Gutsy in every sense as it embraces the blood coursing inside of us and reflects it through the intense flux of hospital rhythms, De Humani Corporis Fabrica continues Paravel and Castaing-Taylor’s revolutionizing of what cinema can do, using all kinds of images — including screens, scans, and skin — in a film that tackles the human limits of control, whether bodily, mental, technological, systemic, or institutional.