In writer-director Selcen Ergun’s debut feature, a young nurse working in a remote Turkish village must reach within herself to uncover if she has what it takes to survive harsh conditions — a metaphor for a setting that has become increasingly hostile. 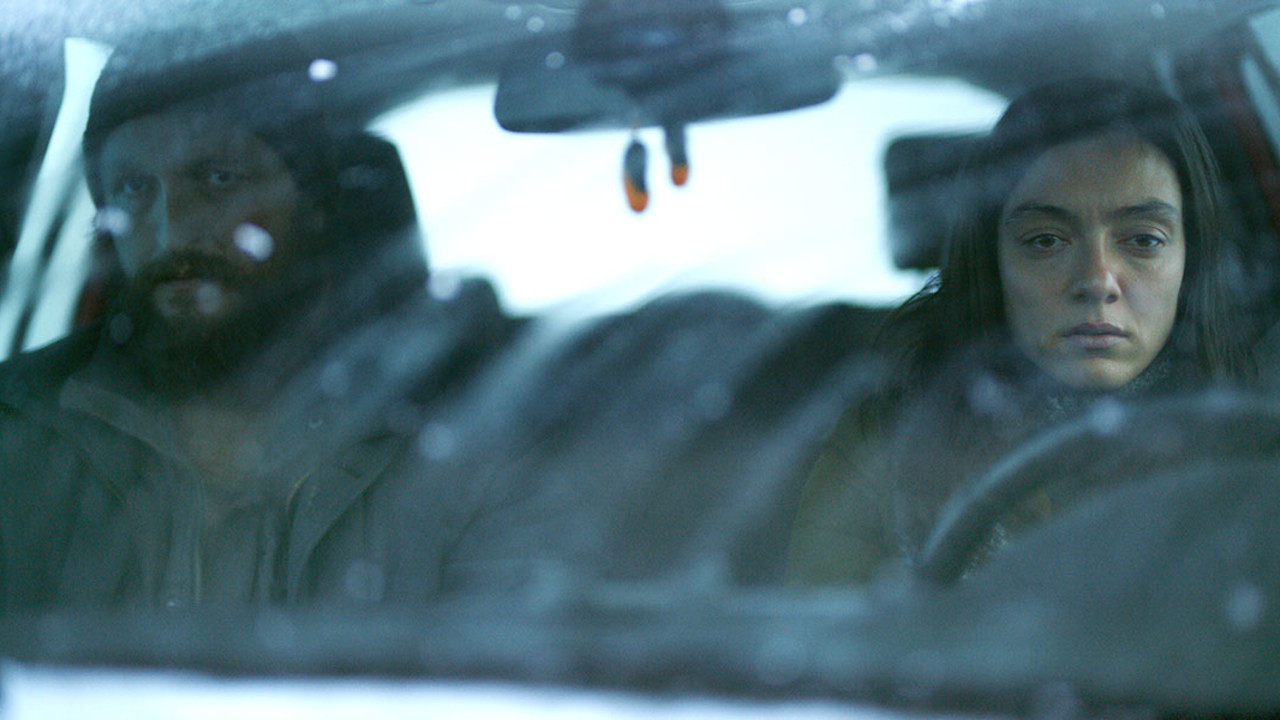 Snow and the Bear

In a remote rural region during a seemingly never-ending winter in one of Turkey’s eastern provinces, a young and self-assured nurse from the capital named Aslı (Merve Dizdar) is appointed to an obligatory post. Roads to the outside are blocked and, as the mounting precipitation increasingly segregates the population from the outside, tales begin to spread about bears rousing from wintersleep and encroaching upon the town.

One long and dreary night, Hasan (Erkan Bektaş) — a local known for his drunkenness, infidelity, and troublemaking — suddenly disappears, further fuelling the town’s rumour mill. Some believe Hasan was eaten by a bear, while others point their fingers at Samet (Saygın Soysal), who’d recently butted heads with the missing party. Soon, a manhunt for the sin-bearing creature ensues and Aslı is buried in an avalanche of local politics and power dynamics. Confronted with the unknown, she must thaw and reach within herself to uncover whether she has what it takes to survive such conditions.

Snow and the Bear is the debut feature of writer-director Selcen Ergun, whose acute and wide-awake direction emphasizes the undertones of a rigid patriarchal society while brilliantly setting the atmosphere for this anti-fairy tale. Her clear vision unveils subtle subversion and presents an unlikely heroine in Dizdar, whose niveous gaze and temperate performance as Aslı inches beyond the snowscape. Shot through Florent Herry’s careful lens, paired with a subtle score by Erdem Helvacıoğlu, Snow and the Bear is a metaphor for living under increased scrutiny and insecurity, a mounting reality for women around the world where violence has become increasingly systematic and preserved.