Mia Wasikowska, Radha Mitchell, and Eric Bana star in a story about an intimate mother–daughter relationship, forged by the women’s keen desire to protect the inhabitants of the pristine blue oceans on the Australian coast where they live. 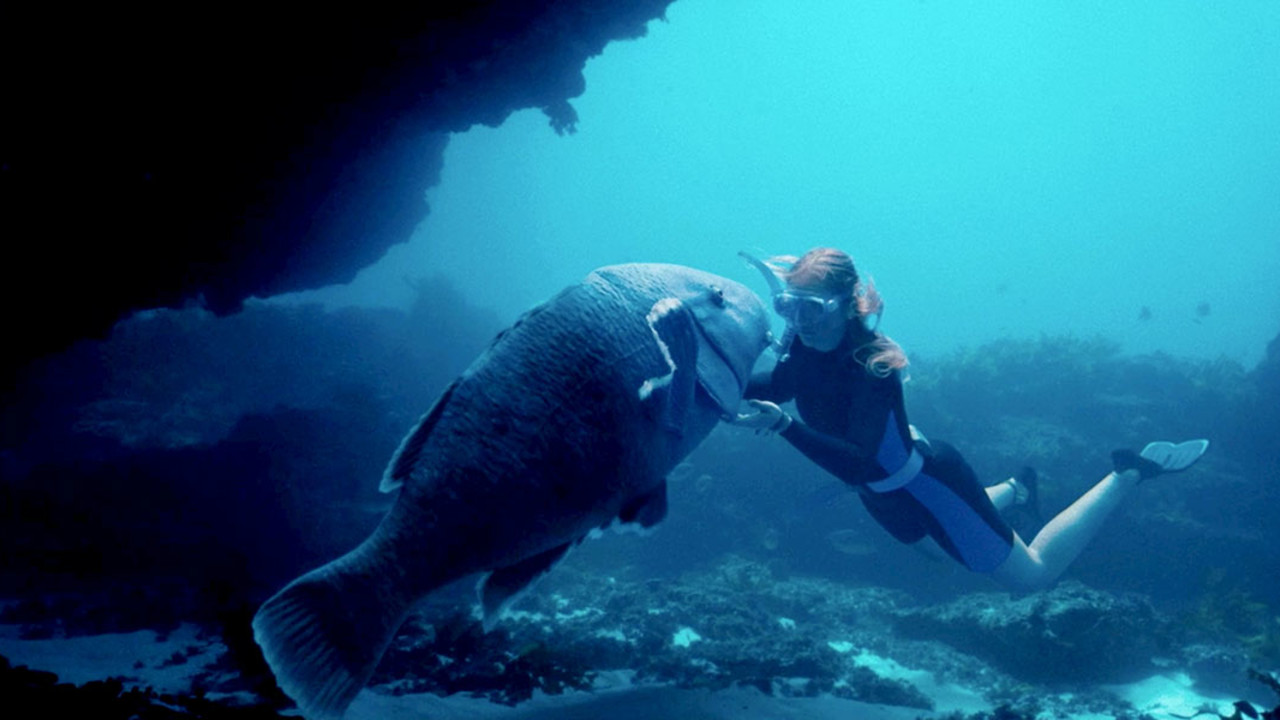 With images of beautiful blue vistas demanding to be seen on the big screen, Robert Connolly (Balibo, TIFF ’09; Paper Planes, TIFF ’14) returns to the Festival with a story about a young woman’s connection to the ocean and an inherited mission of environmental advocacy.

While marine biologist Abby (Mia Wasikowska) is out on a boat examining the slow destruction of coral reefs, she’s called back home with the news that her mother has had a debilitating stroke, which has left her unable to speak. Abby begins reflecting on her childhood and the immense influence her mother, Dora (Radha Mitchell), had on her worldview. Through flashbacks, we meet the teenage Abby, played by newcomer Ilsa Fogg, who captures confidence and curiosity, taking a deep interest in protecting the bay where they live. In between amusing encounters with a local fisherman (Eric Bana), she maintains a bond with a groper fish affectionately named Blueback, who becomes a reminder of all the wonders the ocean has to offer and a path to healing a rift between Abby and her mother.

With this latest film, Connolly continues his pursuit of key human concerns by training his lens on issues of the environment. Blueback is acutely focused on the preservation of oceans and habitats that have become victim to encroaching land developers. Dora never lies to Abby about how difficult this battle is, but their story finds the mother–daughter team in a personal fight that acknowledges just how much power every one of us actually has.