This boldly atmospheric portrait of Wuthering Heights author Emily Brontë — the directorial debut from veteran actor Frances O’Connor — is a tale of creativity, secret desire, and a woman’s arduous journey toward self-actualization in 19th-century England. 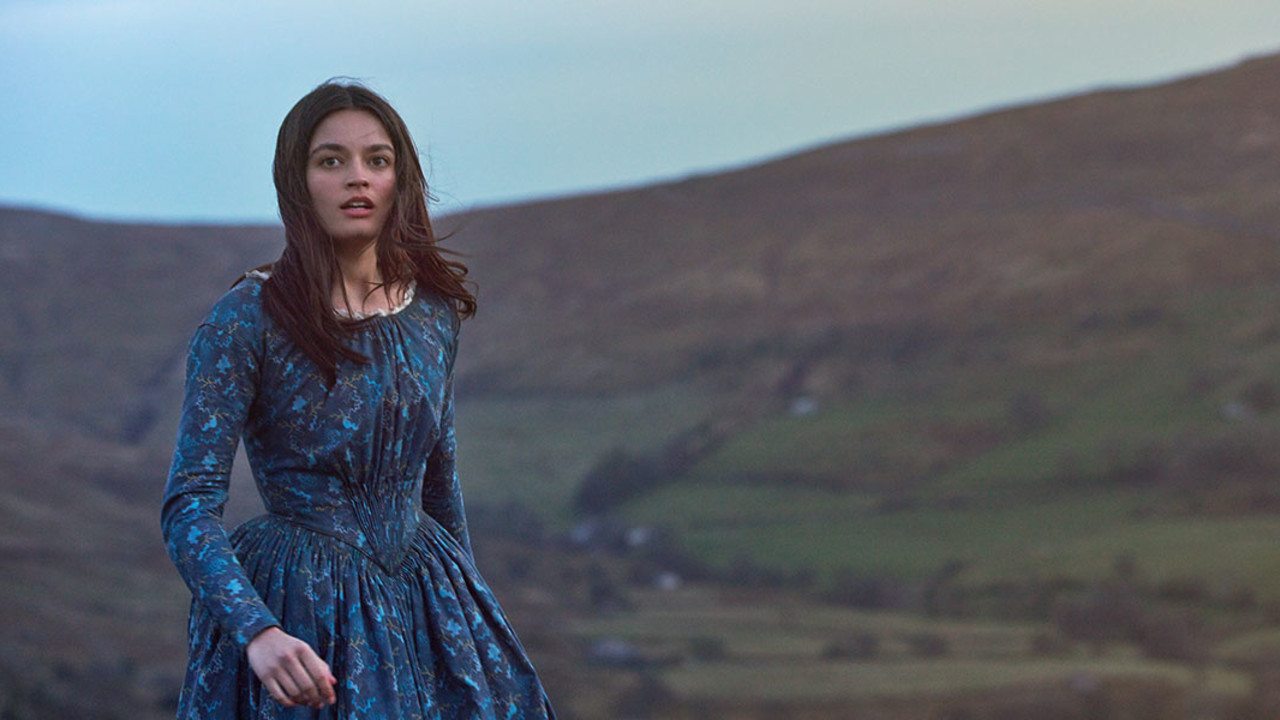 This boldly atmospheric, psychologically incisive portrait of Wuthering Heights author Emily Brontë sweeps us away to 19th-century England for a tale of irrepressible creativity and secret desire. The directorial debut of veteran actor Frances O’Connor, Emily makes haunting drama of a young woman’s arduous journey toward realizing her vocation.

People in the village call her “the strange one.” The second-youngest of the Brontë siblings, Emily (Sex Education’s Emma Mackey) was three years old when she lost her mother, and thereafter haplessly seeks the love of her Anglican-priest father, who, like most everyone around her, looks askance at her overactive imagination and disregard for social niceties. Emily has an ally in her brother, Branwell (Fionn Whitehead), the family’s black sheep whose wild behaviour, penchant for intoxicants, and literary ambitions embolden Emily to pursue her passions — some of which lead to artistic discovery, while others lead to romantic catastrophe.

Just as in Wuthering Heights, which gave us one of literature’s most piercing stories of female subjection under an oppressive patriarchy, many of the obstacles that stood between Brontë and self-actualization were the result of a deeply rooted sexism. This magnificent film tells her story so that we celebrate Brontë’s too-brief life — and remember that her struggle is not yet over.