Set in the 1870s, Gabe Polsky’s adaptation of John Williams’ literary western stars Nicolas Cage as a buffalo hunter who lures a naïve young man into an ambitious expedition in the Colorado Rockies. 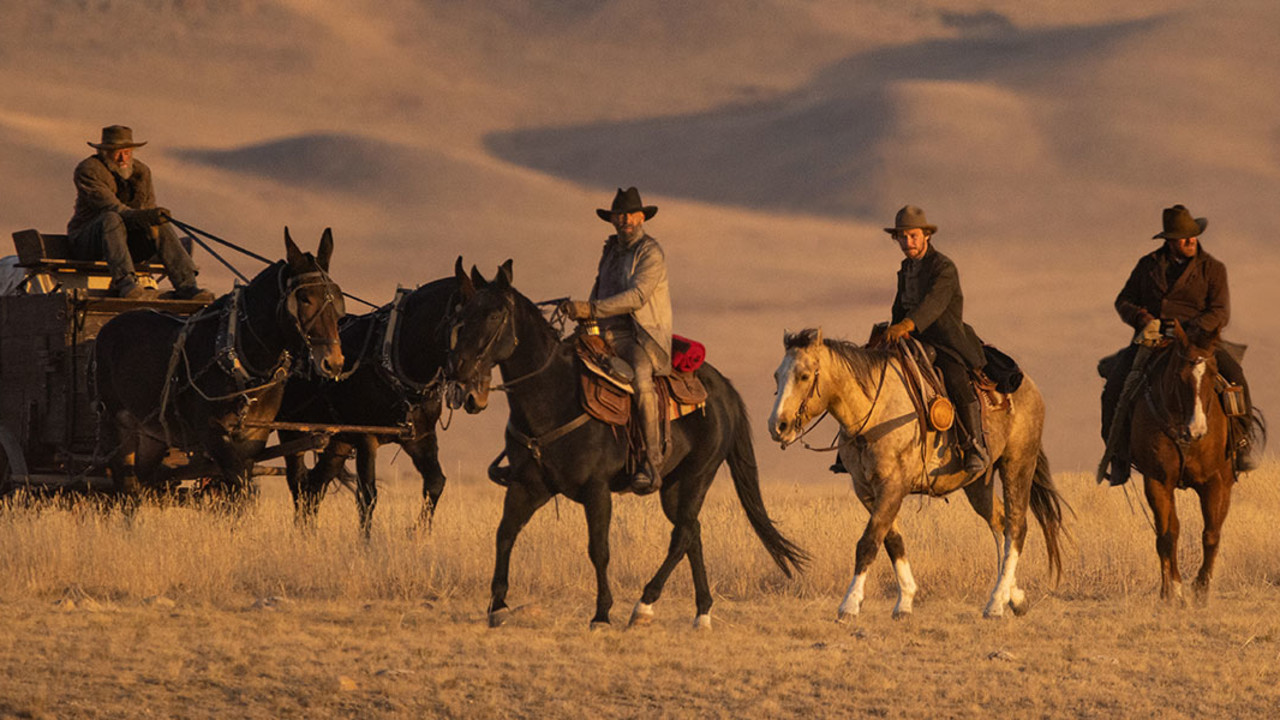 Nicolas Cage continues to surprise. Known best for his wild turns as cinema’s most volatile man, he is also capable of great depth and nuance on screen. Butcher’s Crossing reveals Cage in this rarer register, playing opposite Fred Hechinger in a beautiful adaptation of John Williams’ literary western. As a buffalo hunter who lures a naïve young man on an ambitious expedition, Cage embodies hubris in this tale of how one of America’s most awe-inspiring natural wonders was lost.

Having dropped out of Harvard seeking “a stronger purpose and more meaning in my life,” Will Andrews (Hechinger) travels west to Butcher’s Crossing, Kansas. In veteran buffalo hunter Miller (Cage), Will finds exactly the person to provide the experience he longs for. Miller knows of a remote valley in the Colorado Rockies unvisited by settlers and teeming with thousands of buffalo, whose skins sell at such a high premium that everyone involved in the expedition is ensured a windfall. All Miller needs is a party that will follow his orders.

Will has no experience with hunting or skinning, but he has enthusiasm — and the capital to finance the trip. The promised adventure, however, will prove far more hazardous than anyone anticipates, what with scarcities, inclement weather, and Miller’s insatiable drive to plunder the herd for every ounce of profit he can extract.

Director Gabe Polsky (TIFF ’14’s Red Army) frames Will’s journey from innocence to insight against the breathtaking vistas of the western wilderness. As the adventure progresses from discovery to betrayal to the threat of total carnage, Will and his ostensible mentor Miller fall into a spiral reminiscent of Willard and Kurtz in Apocalypse Now — something Cage nods to in the shades of Brando he brings to his performance. It’s a complete pleasure to watch.