A Danish priest faces a harsh environment and his own prejudices when he is sent to an isolated Icelandic community, in Hlynur Pálmason’s devastating critique of the colonizer ethos. 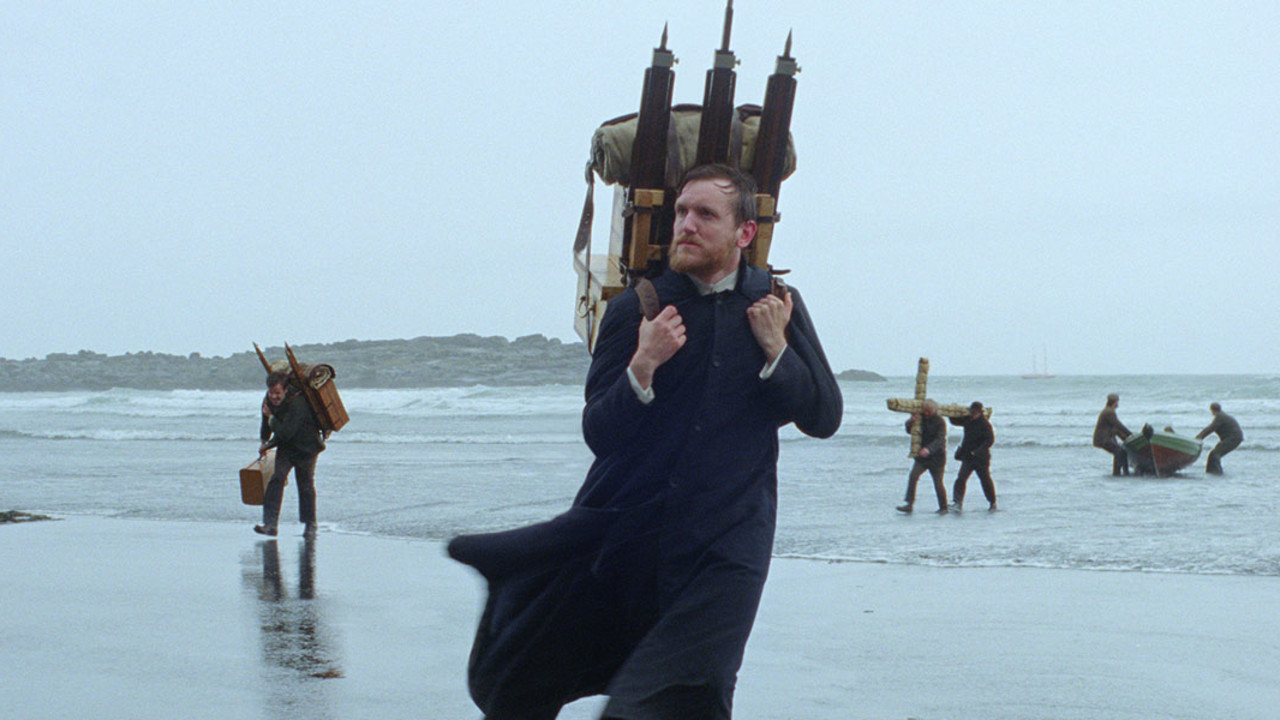 Suggesting Heart of Darkness or Aguirre, the Wrath of God reimagined by Andrei Tarkovsky, Hlynur Pálmason’s Godland offers an analysis of the destructive spiritual and psychological aspects of colonialism. The opening scene perfectly encapsulates the privilege and contempt that characterizes the colonizer, as the young priest Lucas (Elliott Crosset Hove), being sent in the late-19th century to take over a parish in remote Iceland (then a Danish colony), meets with his gluttonous, profane superior. The older man tells him that Iceland is pretty much hell on Earth, but everything will be okay as long as he adapts to the circumstances Icelanders face — something far easier said than done.

From the moment he arrives, it’s clear Lucas is ill-suited for this assignment. Uninformed, inexperienced, and ridiculously proud, Lucas is paranoid and threatened by everyone — convinced that anyone speaking Icelandic is disparaging him. The biggest threat in Lucas’s eyes, though, is his guide Ragnar (Ingvar Sigurðsson), who’s as accustomed to the harsh environment as Lucas is discomfited. Their relationship soon devolves into a fierce, dangerous battle of wills between colonizer and colonized, pedant and peasant. The useless but entitled priest/intellectual is a staple of Icelandic literature and film (see Halldór Laxness’s best novels), but rarely has the type been more devastatingly critiqued.

Pálmason also adds an entirely different element in several scenes, as we watch bodies of animals and humans decay over time. These scenes suggest loss and communion, and underscore that it’s not only other humans Lucas can’t fathom — he’s also blind to the larger spiritual issues he’s there to illuminate.

Since his first feature, Pálmason has demonstrated a unique sensibility and approach to the medium. Though a Danish–Icelandic co-production, the film is a specifically Icelandic tale and Pálmason’s most ambitious, and perhaps best, film yet.