Bloody bedlam breaks out on the high seas in writer-director Kim Hongsun’s gnarly action-thriller that pits cops versus cons aboard a cargo ship with a sinister secret in its hold. 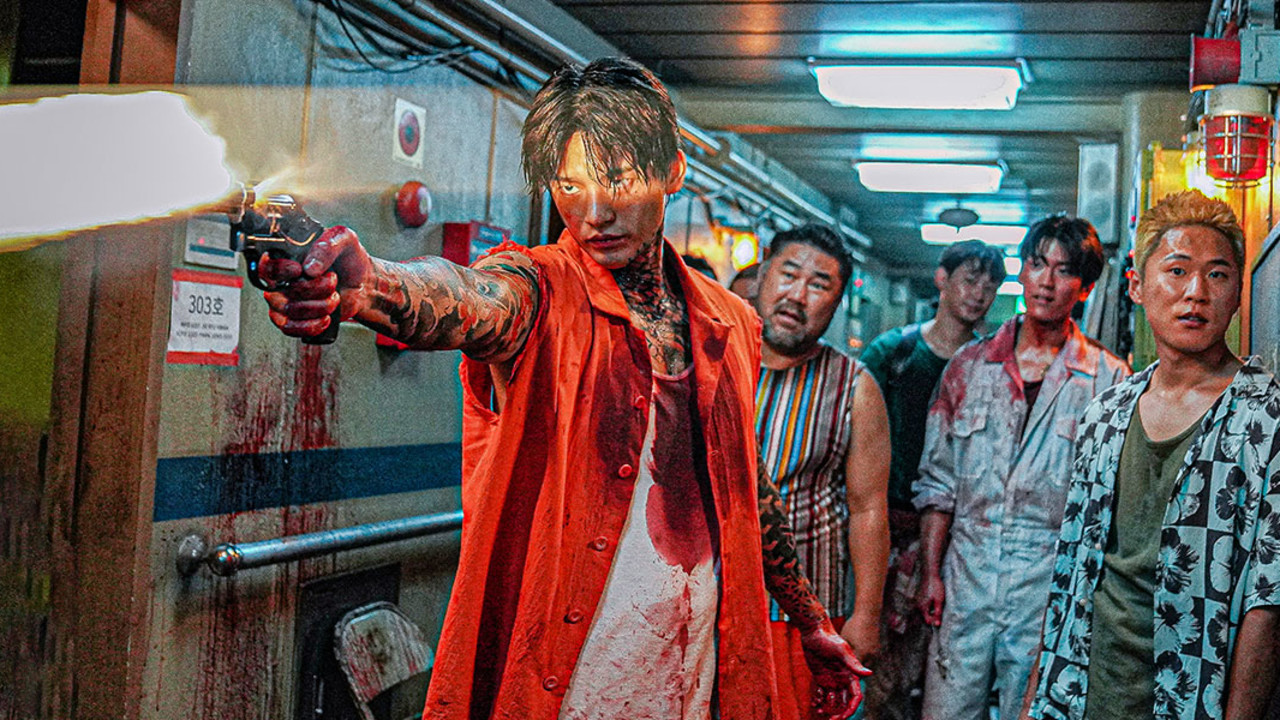 When efforts to extradite notorious convicts from the Philippines to South Korea are stymied by a deadly airport bombing, the Korean authorities commandeer the cargo freighter Frontier Wolf for their next transfer. As a rogues’ gallery of lowlifes, including a callous heir to a criminal empire (Seo In-guk), board the titanic vessel, they are escorted by two dozen hardened detectives, and the vigilant oversight of a hot-headed Coast Guard captain (Sung Dong-il). Despite the heavy security, a plot to seize control of the ship percolates among the prisoners and soon boils over, but what neither cop nor crook appear to be privy to is that they are not the freighter’s only cargo.

What starts as a high-seas hijacking suddenly ricochets into a kind of brutal slasher as a sinister shape (Choi Guyhwa) emerges from the bowels of the ship, indiscriminately hunting its passengers — all of whom, judging by the unending geysers of blood that erupt from their wounds, seem to have tremendously high blood pressure.

Project Wolf Hunting barrels along like it’s Con Air by way of a Capcom survival-horror video game. Writer-director Kim Hongsun judiciously juggles an enormous cast of characters, so sharply sketched and vividly performed that you’re thrillingly never quite sure who will survive by the end of each escalating episode of bloody bedlam. What you can expect, however: frenzied firefights, gory martial arts, and decades-old conspiracies, complete with shadowy syndicates and secret experiments, all erupting upon the screen with a rousing, volcanic velocity.