The sophomore feature from French Burkinabé actor Cédric Ido centres on a mysterious planetary event that upsets both the gravity and the fragile equilibrium of a Parisian suburb, which is ruled by a cosmically-connected crew of young “entrepreneurs.” 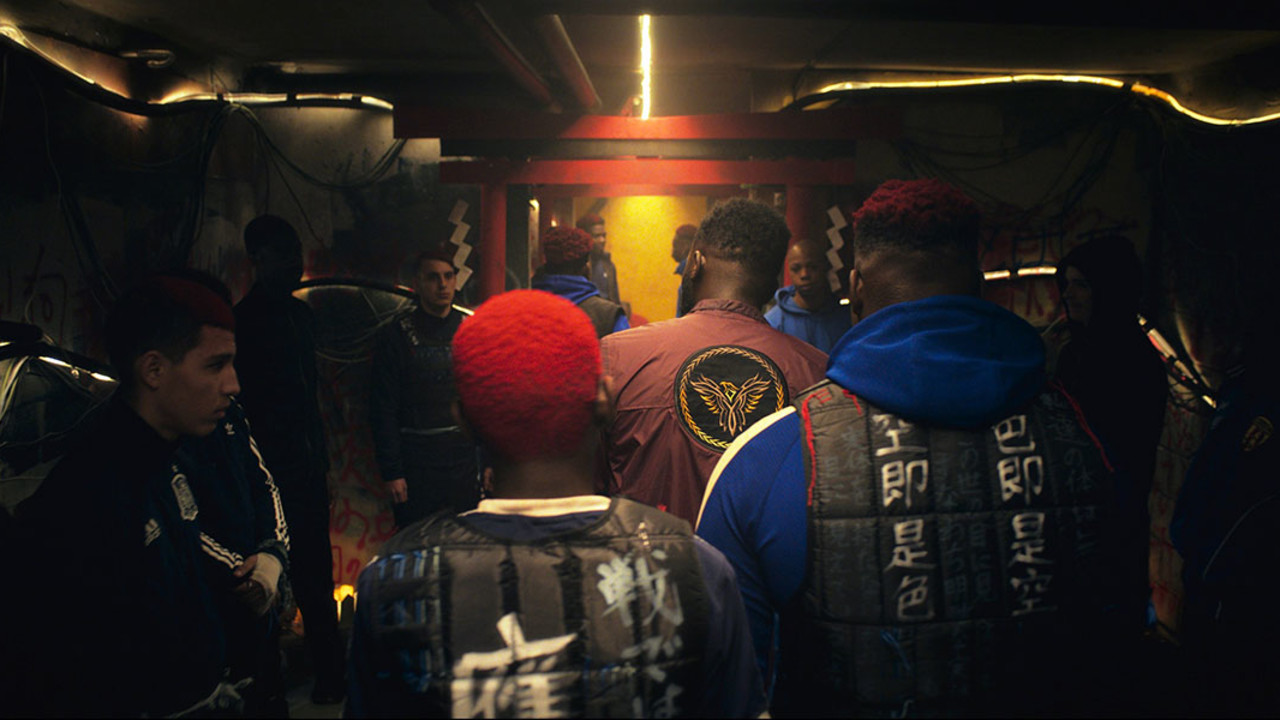 A mysterious planetary event is sending the skies red over Stains, France, a northern suburb of Paris. It’s all that’s on the news.

Being a conscientious hostage to routine, Daniel (Max Gomis) is up and on the track training before the sun rises on the skyscraping apartment buildings he grew up in. No matter how early he’s up, though, he can’t seem to run fast enough to meet his big brother’s tight drug-delivery schedule. Joshua (Steve Tientcheu), a humble mastermind, has their daily drop-offs methodically mapped out, but this morning’s delay sets them en route just in time for a chilly reunion with Christophe (Jean-Baptiste Anoumon), an estranged childhood friend and a creative visionary with a pen, who is just back from jail and on a mission to find out who put him there. The problem is Christophe has no idea what he’s walking into — none of them do.

This turf has come under new management with an audacious young crew setting the pace, calling themselves rōnin — “samurai without master.” In the time Christophe has been away, the wise among the dealers of his day have learned to act accordingly, to “adapt or die.” That is until someone, or something, upsets the cosmic balance, disrupting gravity and the equilibrium of the neighbourhood.