A visually stunning contemporary waltz through the life of the extravagant Empress Elisabeth of Austria (Vicky Krieps), whose beauty and corsetry was famed in lands far and wide. 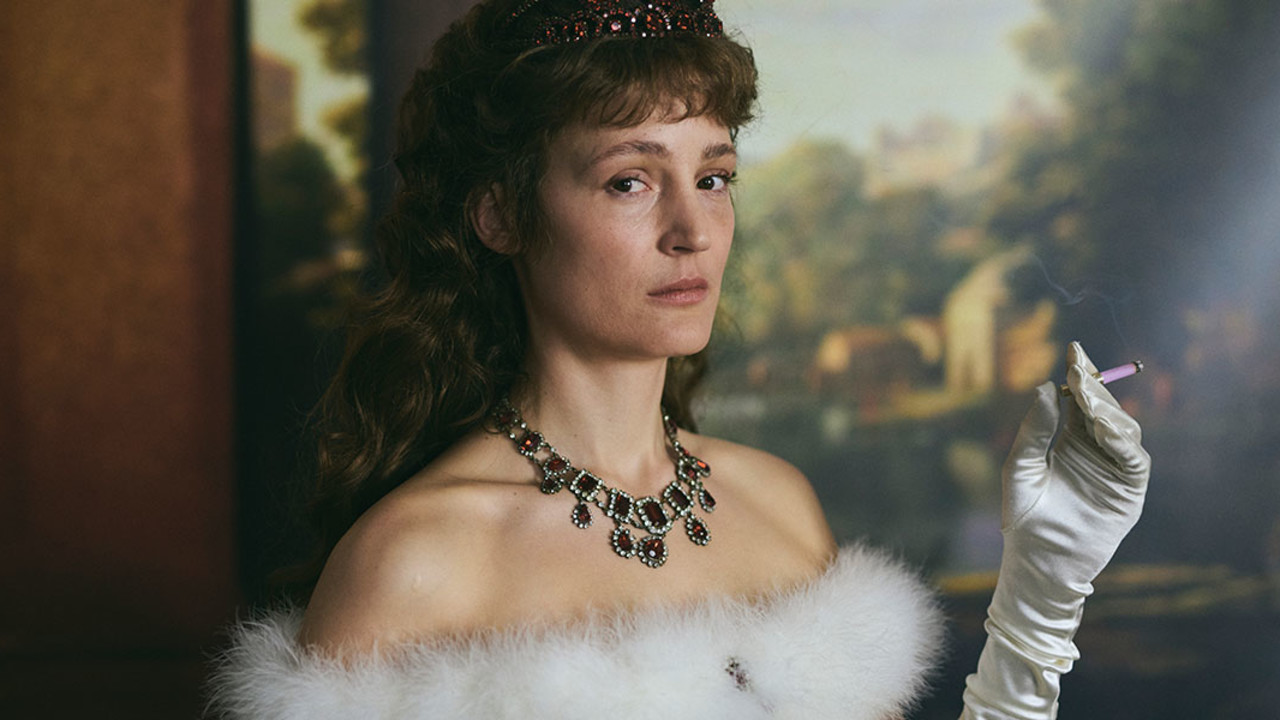 It’s Christmastime, 1877, in the Austro-Hungarian capital of Vienna, and Empress Elisabeth of Austria (Vicky Krieps) is celebrating her 40th birthday alongside her husband, Emperor Franz Joseph (Florian Teichtmeister), and their hoity-toity royal guests. Whispers murmur that it’s all downhill from there, and her image — including her infamously ever-cinched corset — is under increasing scrutiny. After the festivities, with her roles increasingly reduced to that of ceremonial appearances such as visiting injured soldiers and waving to her hardscrabble and often uncongenial subjects, Elisabeth blanches at the thought of wasting away (as, unbeknownst to her, the empire is doing). Restlessness guides her peregrinations — under the guise of convalescence — from England to Bavaria, where she tantalizes former lovers, stokes her lore, and, with the help of her trusted handmaid, experiments with masquerading before her looking-glass world. Her cunning fools even the cognoscenti and, under her aegis, a young lover is secured for the Emperor — yet still, the Empress is all but free.

Showcased in Cannes’ Un Certain Regard section where Krieps, who is the film’s executive producer and who originated the film’s idea, tied for the award for Best Performance, Corsage is director Marie Kreutzer’s and cinematographer Judith Kaufmann’s seditious biopic and modern retelling of the life of the real empress (famously portrayed by Romy Schneider in a 1950s trilogy). “Sissi,” as she was widely known, became ruler at age 16 and was idolized for her infamous beauty and embellished flare. Kreutzer’s rebellious and brilliantly upholstered Elisabeth refuses to capitulate, waging a war of attrition that results in a glorious apotheosis and her place as one of cinema’s iconic princesses — evermore.