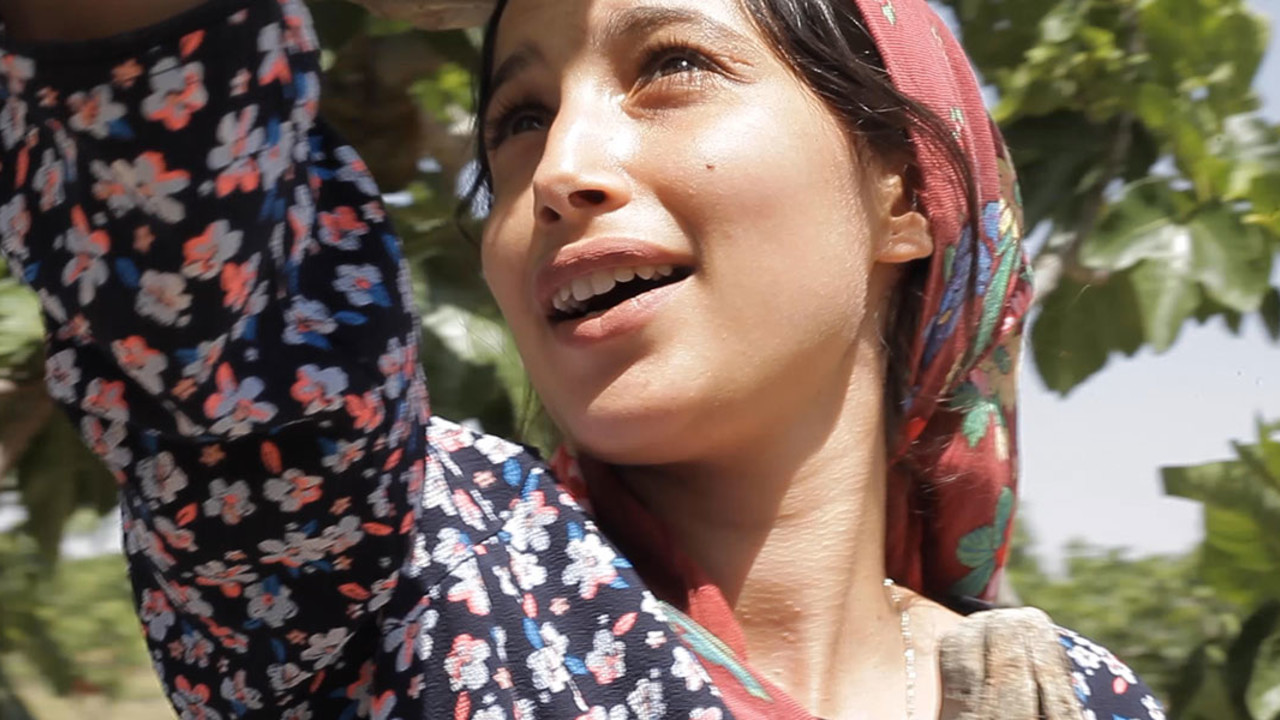 Under The Fig Trees

Up before dawn and straight to the orchard for the Tunisian summer fig harvest, young workers join a veteran crew beneath the watchful eye of the boss. Absconding to the concealing scenery whenever possible, the seasonal crew steal moments to settle their own budding desires under the shade of fanning green leaves, framed by lean branches. The fragile fruit trees can be brittle, much like the earnest emotions on display. Both demand cautious movements from busy, unpracticed hands as well as gentle focus from flirting attentions.

The older women among them, who carefully package the harvested figs for transport, also steal their own time for returning to memories of loves lived and lost, encouraged by the energy of their young colleagues. Sana, an ardent and self-assured 17-year-old, daydreams about the freedoms of her pending adulthood, preferring any version of events in which she ends up marrying Firas. Fidé, her sister Melek, and friend Mariam are seasonal regulars, swiftly and softly filling buckets while catching up with friends. Abdou, in particular, has not been seen in years, and now, reunited with Melek, their eyes and private smiles say much more than their hidden, heavy hearts are willing to voice.

A radiant and down-to-earth fiction feature debut from French-Tunisian director Erige Sehiri, Under The Fig Trees treats coming of age with the fruitful mise en scène and manifold landscaping it deserves, with Frida Marzouk’s agile and fluid cinematography bringing an observational levity to each fleeting and formative encounter.