Korean auteur Hong Sangsoo adds a new chapter to his impressive body of work, taking a gently delightful new perspective on themes dear to his poetics. 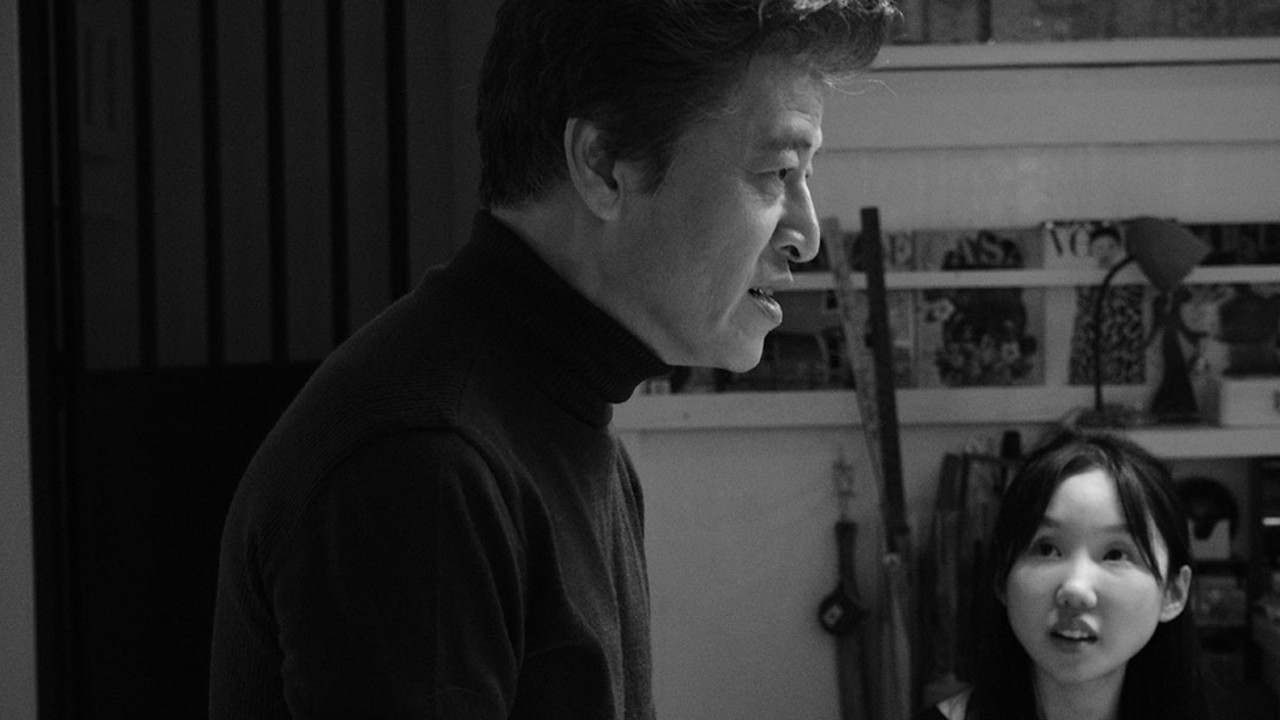 A precious new addition to the impressive body of work of Hong Sangsoo, Walk Up is a cinematic jewel and a new chapter in his visual diary. The film returns to the same spaces and the same characters that the Korean master has accustomed us to. A melancholic gentleness here too fills the screen with humanity and accompanies Hong’s familiar landscapes and the endless chatter over many glasses of wine. Life seems to be informed by casual encounters and the splendid loci of an otherwise ordinary place.

The journey begins at the entrance of a nicely renovated four-storey building, where Byung-soo (Kwon Haehyo) a well-known middle-aged director and his daughter, whom he has not seen in years, are greeted by Ms. Kim (Lee Hyeyoung), an elegant lady and a longtime friend who owns the place. Ms. Kim is a designer and Byung-soo wants to introduce her to his daughter who intends to study interior design.

After several drinks and much philosophizing, Ms. Kim takes her guests to tour the building, floor by floor, to show them the renovations she has done. The three explore the apartments on each level, as if they were awkwardly intruding on the lives of the tenants.

Hints of current times — light, fleeting comments on the pandemic or the state of the film industry — punctuate subtly humorous, yet pensive, dialogue while gentle guitar chords underline the passage of time or the moving from one tier to another. Walk Up is a delightful tale of extraordinary, everyday life.