Director Lindsay MacKay’s smartly observed follow-up to Wet Bum explores issues of love, forgiveness, and self-recrimination as a newly married woman discovers that love can happen regardless of circumstance, invariably complicating what should be straightforward. 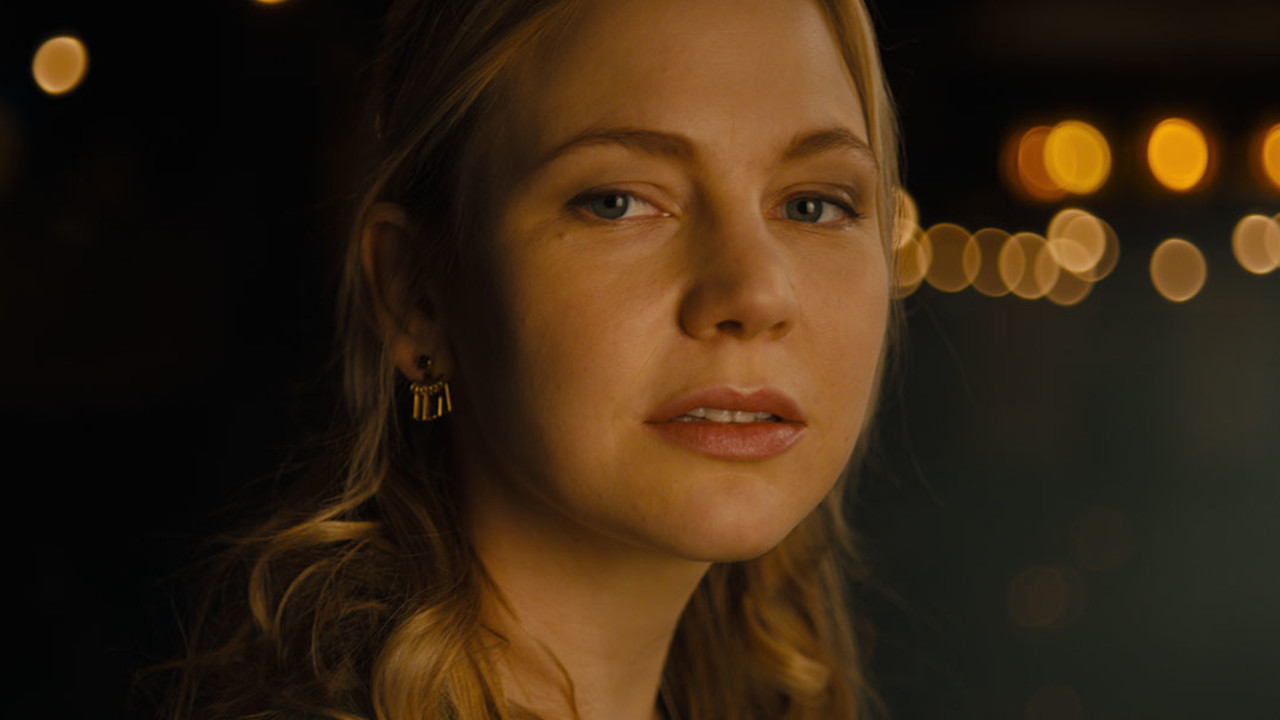 A film about love, forgiveness, and self-recrimination, Lindsay MacKay’s beguiling The Swearing Jar follows would-be singer-songwriter Carey (Adelaide Clemens), who is reluctantly falling for Owen (Douglas Smith), a clerk at the local bookstore. The rub is that she’s still deeply in love with her husband, Simon (Patrick J. Adams). Employing a daring narrative strategy, The Swearing Jar argues that real love lingers — sometimes painfully, sometimes exhilaratingly — no matter how we or our situations change.

Simon and Carey’s relationship is complicated by secrets and the fact that they’re young and essentially newlyweds, so they’re not above some truly heated, hurtful arguments. Carey is also pregnant, which is both welcome and problematic. Her flirtation with Owen, meanwhile, is necessarily founded on discretion and half-truths. On the fringes is Simon’s crusty mother, Bev (Kathleen Turner), who ends even the most cheerful and tender encounters with a caustic comment or an ill-placed reminder that men will always leave, one way or another.

Kate Hewlett’s unconventional, surprising script dives deep into Carey’s headspace, elegantly showing what she finds in each relationship. Carey and Simon are like the couples in old movies, engaging in wisecracking banter and private games but weighed down by new responsibilities they’re both terrified by and ecstatic about. With Owen, it’s much more like puppy love. All the film’s principals, especially Clemens, are exceptional. Holding it all together is MacKay’s confident direction. Her debut, Wet Bum (TIFF ’14), was well observed and emotionally intelligent — but The Swearing Jar is a serious leap forward in ambition, scope, and skill, telling a complicated story with charm, humour, and grace. MacKay is abetted by Jordan Kennington, whose lush cinematography suggests sorrow, regret, and romance can co-exist.