Hugh Jackman, Laura Dern, and Anthony Hopkins star in The Father director Florian Zeller’s immersive drama about a family struggling to support a teenager in the throes of a mental health crisis. 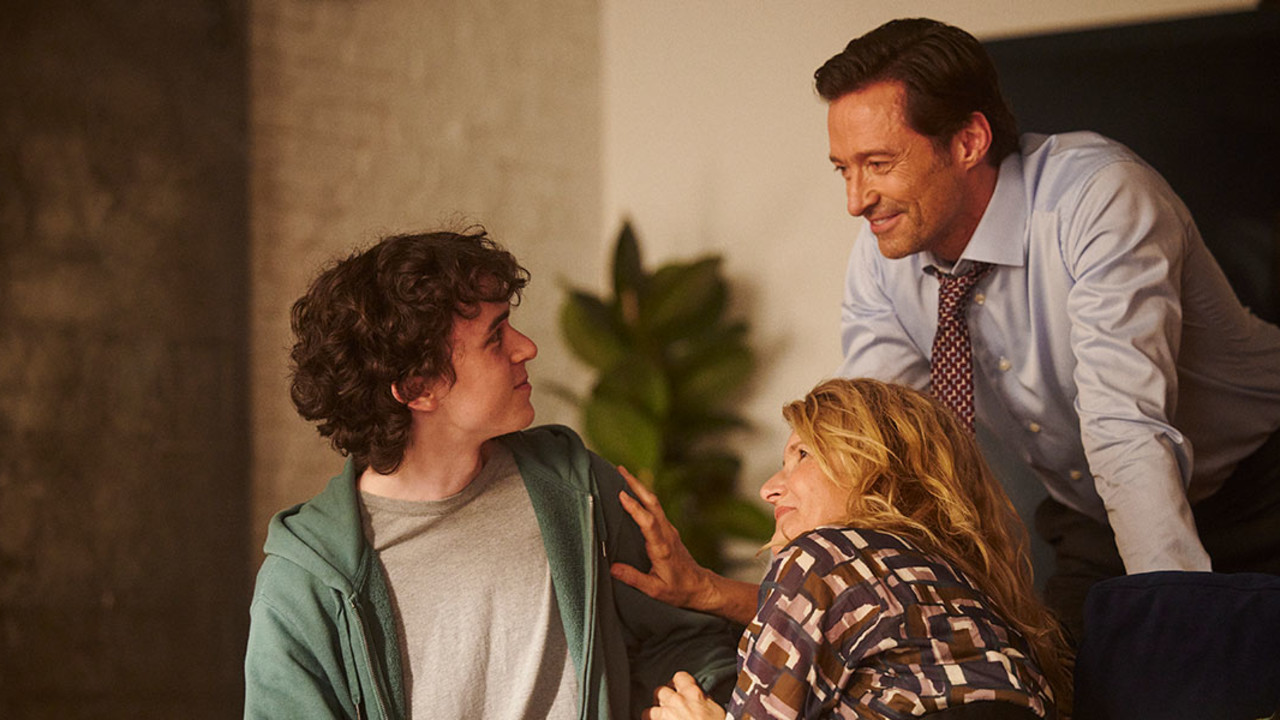 Academy Award–winning writer-director Florian Zeller’s follow-up to The Father is bold, incisive, and harrowing. Revisiting its predecessor’s focus on fraught family dynamics, The Son plunges us into a world of troubled legacies, where people try their best in the face of crisis.

Peter (Hugh Jackman) and Beth (Vanessa Kirby) are euphoric after the birth of their first child. Their little family is about to unexpectedly expand, however, with the arrival of Nicholas (Zen McGrath), Peter’s adolescent son from his previous marriage to Kate (Laura Dern). Nicholas suffers from severe depression, which manifests in uncontrollable tears, withdrawal from social activities, and worse. It has become too painful for Kate, who has run out of options and hopes that Nicholas’s interest in his new sibling will lift his spirits and prevent him from tumbling headlong back into despair.

The Son was adapted by Academy Award winner Christopher Hampton from Zeller’s internationally acclaimed play, one in a trilogy that also includes The Father. While its theatrical roots can be detected in its mastery of structure and character development, The Son is a wholly cinematic experience, with its immersive use of New York locations, its engrossing weave of realism and subjective point of view, and its attention to nuances of behaviour, drawing detailed performances from its powerhouse cast, which also includes Anthony Hopkins (playing Peter’s hard-hearted family patriarch), who won his second Oscar for his work in The Father.